A Conversation About Late Term Abortion 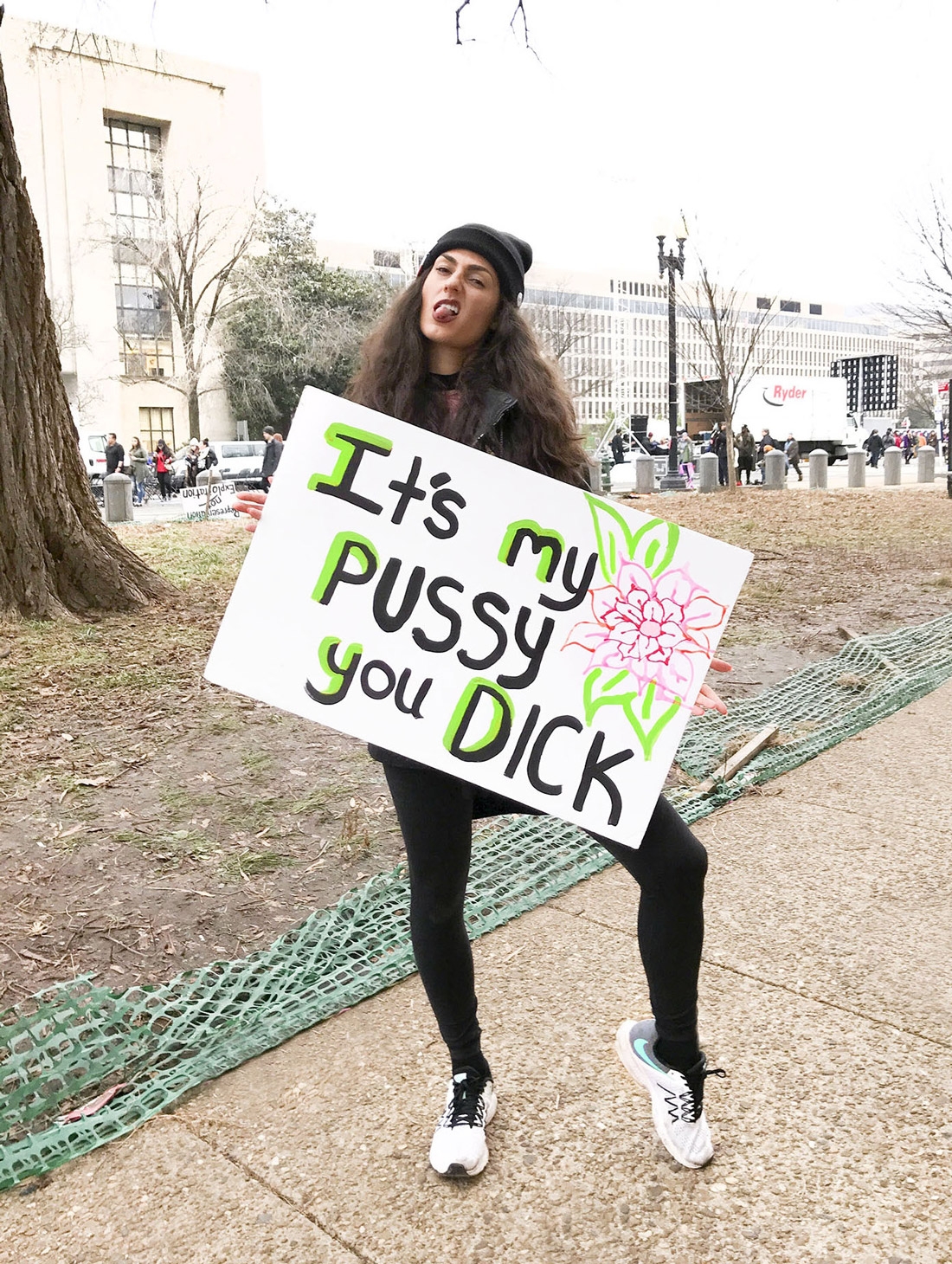 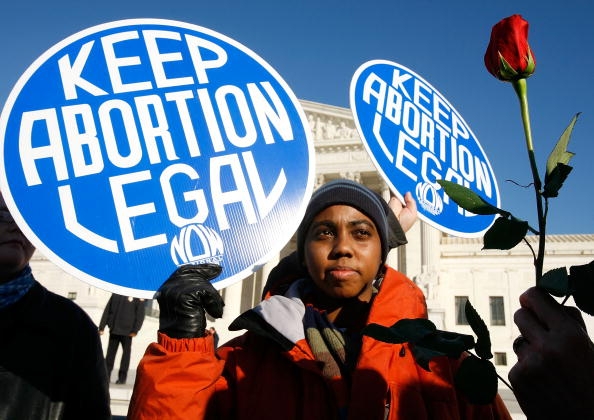 Over the years, many of my friends and loved ones have had abortions. I have supported their decisions and followed their journeys. I have learned about the deeply personal and emotional toll that anti-choice rhetoric has taken on them, and I have fought fiercely for their decisions about their bodies to remain legal.

I am staunchly pro-choice. My personal beliefs and politics are that every single person on this earth should have autonomy over their own body (whether it’s someone with a uterus having full control over their reproductive rights, or people of color being treated equally, or fat people being allowed to exist without judgement or shame), all bodies deserve autonomy, equality, and self-control.

For anyone trying to make abortion illegal, all you’re doing is making SAFE abortions illegal. People will still get them. And people will die from them…especially those in poor countries who just had their funding cut off by our new “president.” Although I’ve never had an abortion, I will still fight for it until the day I die. Who knows if I’ll ever need one? And beyond that, I must always think outside of my own life and help protect the people who DO need them. But since I’ve never had one, I want to make sure I don’t speak OVER anyone who’s experienced what I haven’t.

To learn more, I recently had a conversation with a follower about her late term abortion. Due to death threats she received from previously sharing her story with others, she asked that this discussion remain anonymous. But here is her story, in her own words, to not only debunk late term abortion myths, but to remind you that every single person with a uterus deserves to have full rights over their body, their health, and their future.

It’s time to have a conversation about abortion. More specifically, late term abortion. What do you think of when you envision the type of woman who would have an abortion after 21 weeks of gestation? A woman who is so irresponsible and uncaring that she waits until she’s made it over halfway through her pregnancy to decide she doesn’t feel like being pregnant anymore? That’s a FALSE narrative perpetuated by politicians, the media and anti-choice groups. It’s those same politicians, media and anti-choice groups that feed you stories of women having late term abortions because their baby isn’t the sex or eye color they wanted. People – this is not real. This is bullshit. I know because I’m one of the less than 1% of women in the country that has had a late term abortion.

I am in my mid-thirties, married and had been trying to conceive for 6 months when I became pregnant. We were thrilled and made sure that I did everything I was supposed to do in pregnancy – I took all of my prenatal vitamins, ate well and exercised, went to every doctor’s appointment and even got early and advanced screening to make sure the baby growing inside of me was healthy and well nurtured. While all of the testing I did came back completely fine, prenatal testing still doesn’t cover everything unless you know what you’re looking for.

So when my husband and I arrived at my 20 week standard ultrasound, we had no idea that we would be receiving the worst news of our lives – that our daughter had a rare and spontaneous genetic mutation that had presented itself since the last ultrasound. Her condition was a form of lethal skeletal dysplasia that did not allow her lungs to grow and without development of her lungs, she would never be able to breathe. Her diagnosis was incompatible with life and of course, we were devastated. 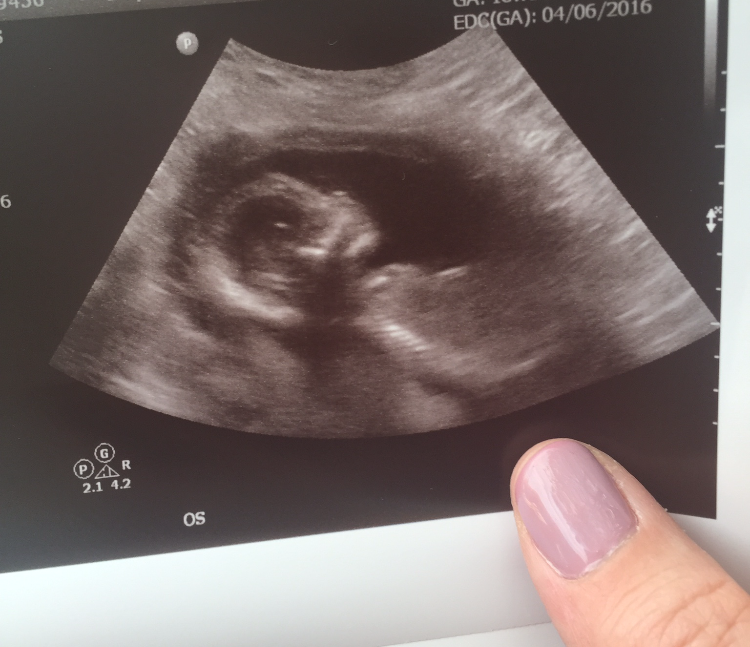 Before you tell that doctors can be wrong (yes, they can, but that’s also extremely rare) and that you have a “friend of a friend” who had a poor prenatal diagnosis and their baby is totally fine, know that was not the reality of our situation. I wish it would have been. We sought second and third opinions from the best prenatal specialists in the country at a world renowned children’s hospital. We spent days on end learning about our daughter’s condition and clinging to hope that there was something that could be done. But in the end, there was not. Nothing could fix her malformations and I could not allow her to suffer by carrying her to term, which would not only be painful for her as she continued to develop, but would put me and my own health at risk.

We made the very difficult decision to terminate my pregnancy. When it comes to late term abortion, my story is not unique. I belong to a support group full of hundreds of women that have terminated much wanted pregnancies because of equally sad circumstances. And while each one of our stories is different, we are all loving mothers who didn’t want our babies to suffer. We all had abortions. We are not superior to the word abortion just because we desperately wanted our babies. The reason any woman seeks an abortion is because she is in a crisis situation and I support any woman’s right to choose what crisis means to her. I trust every woman to do what is right for her body, baby and life.

We have to stop looking at abortions as a black and white issue in blanket legal terms because it’s a complex issue full of complex feelings. It’s much more than just identifying when life begins or when fetal viability can be established. That’s why it’s so dangerous when the government creates legislature that stands in between a woman and her doctor in making decisions they know nothing about.

You can argue the finer points of what you think you have learned about the abortion debate (that it’s murder, that I caused my child pain, that it’s up to God to decide) but STOP. RIGHT.THERE. No one valued my baby’s life more than I did. NO ONE. Not you, not some out of touch old white male politician, not the person standing outside an abortion clinic with a damn sign. If you think abortion is wrong, by all means, don’t have one. But don’t pretend to understand for a second what it’s like to hear that your baby will suffer and die inside of you.

Abortion is all about choice. If you think my baby should have had one, know that as a parent, you are responsible for making the hardest choices for your child. Choices you may never want to make but have to. Abortion isn’t always about whether or not to become a parent; sometimes it’s a parenting decision and it’s the toughest one I ever had to make. But I did what I believed was best for my baby and I can live with that knowledge. It’s ok if you can’t. 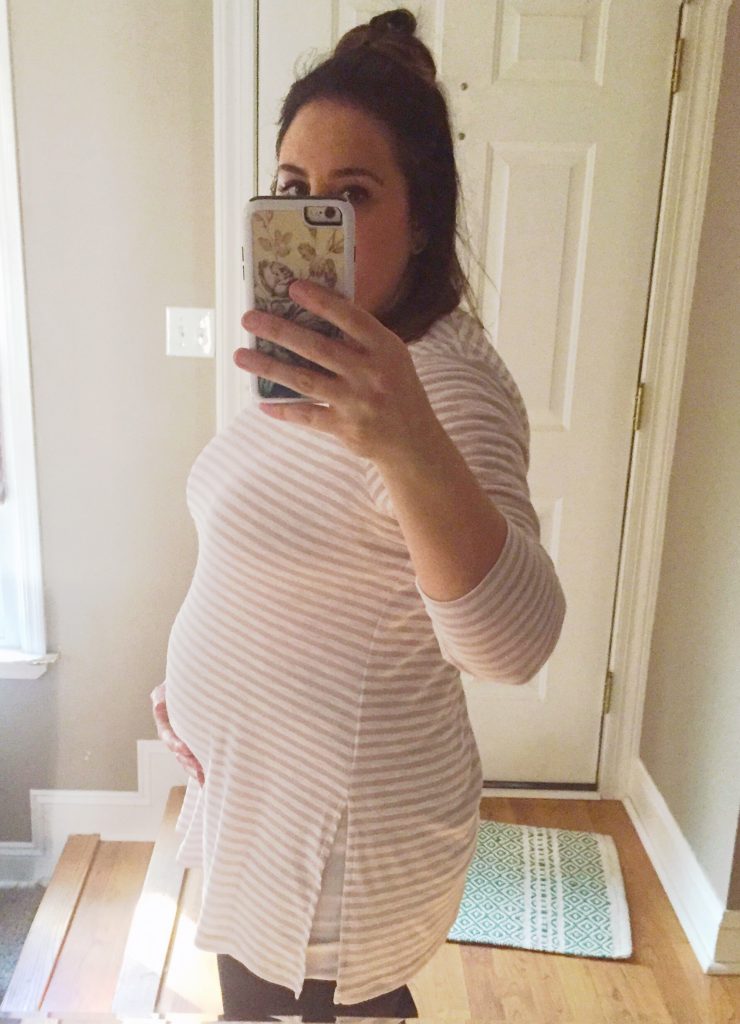 For further reading, Jezebel did an incredible interview with a woman who had an abortion at 32 weeks. Read it here. 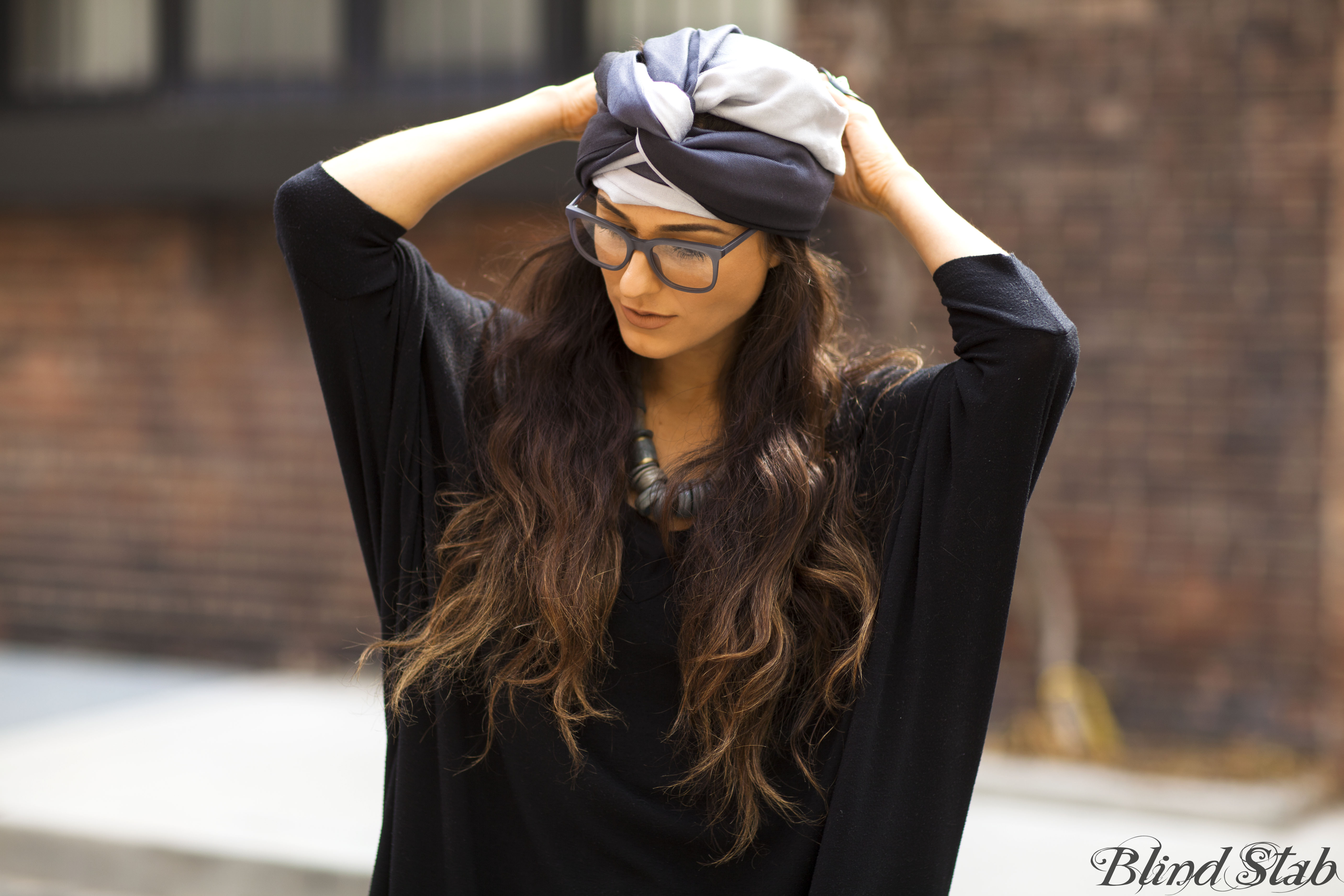 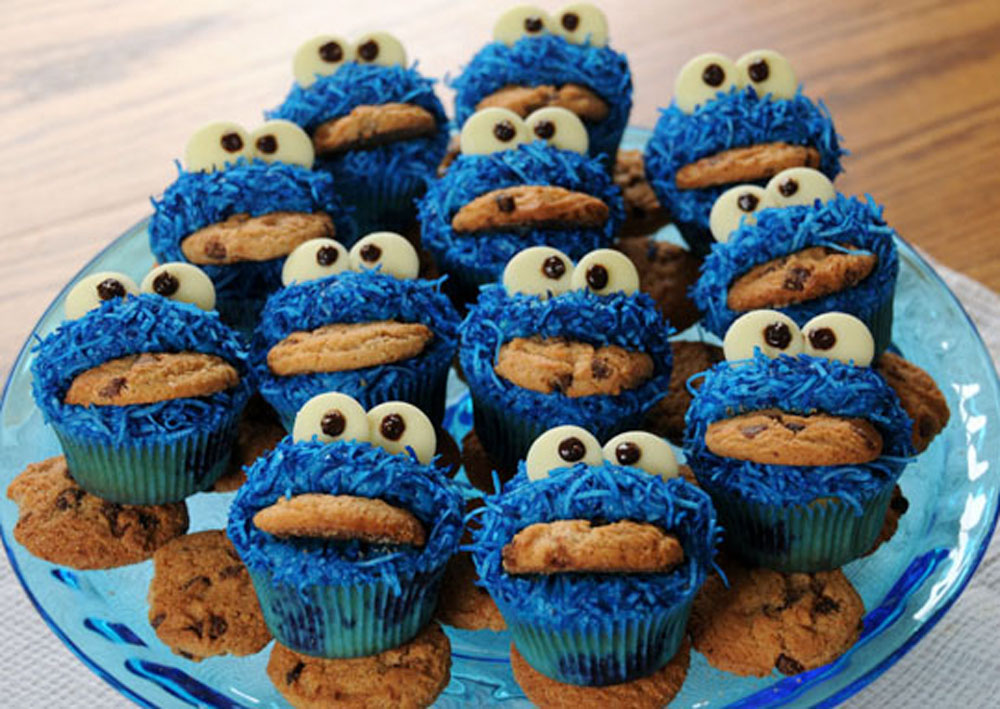 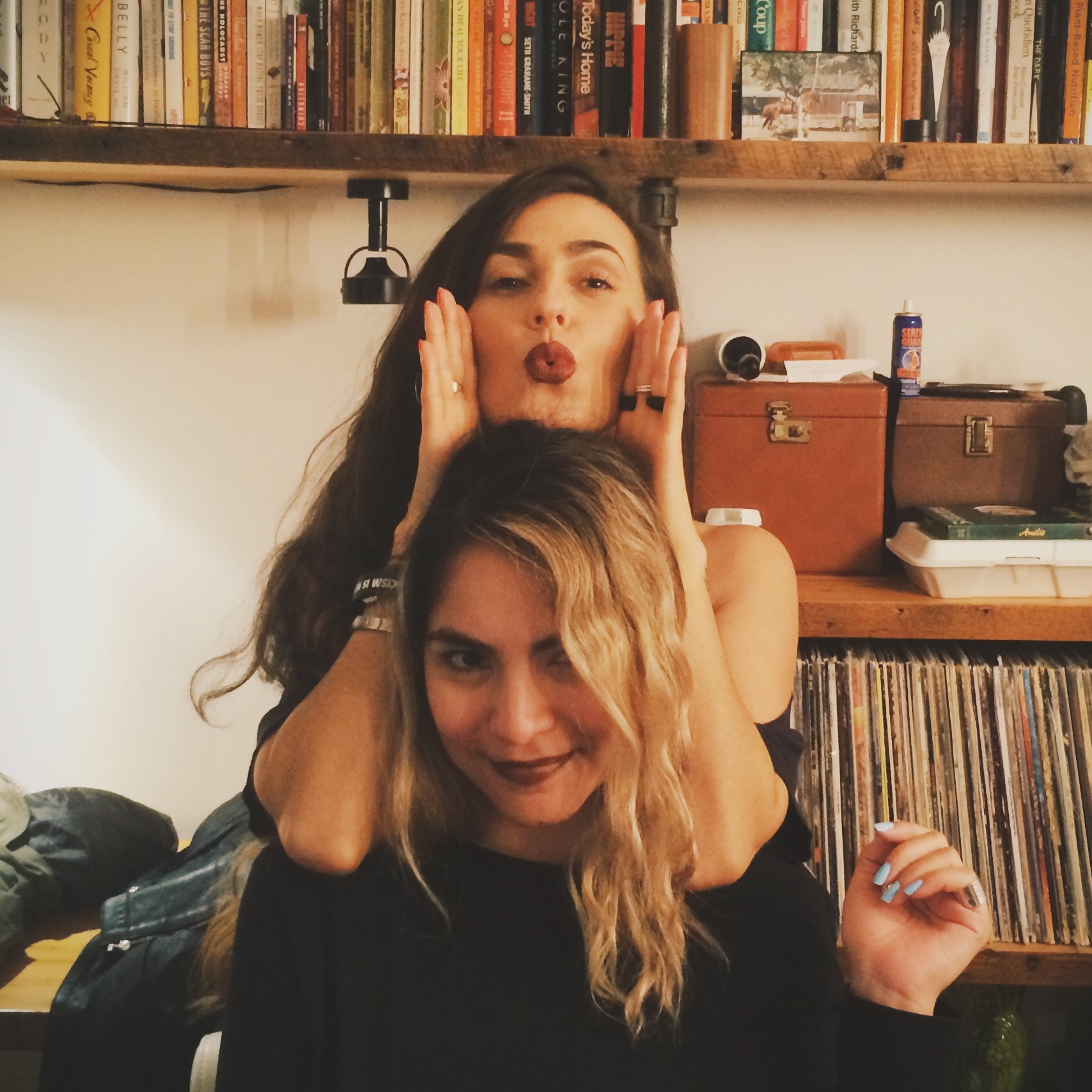 Next post »
Catch Me Online! – Hotpants Interviews to Keep You Entertained This Weekend