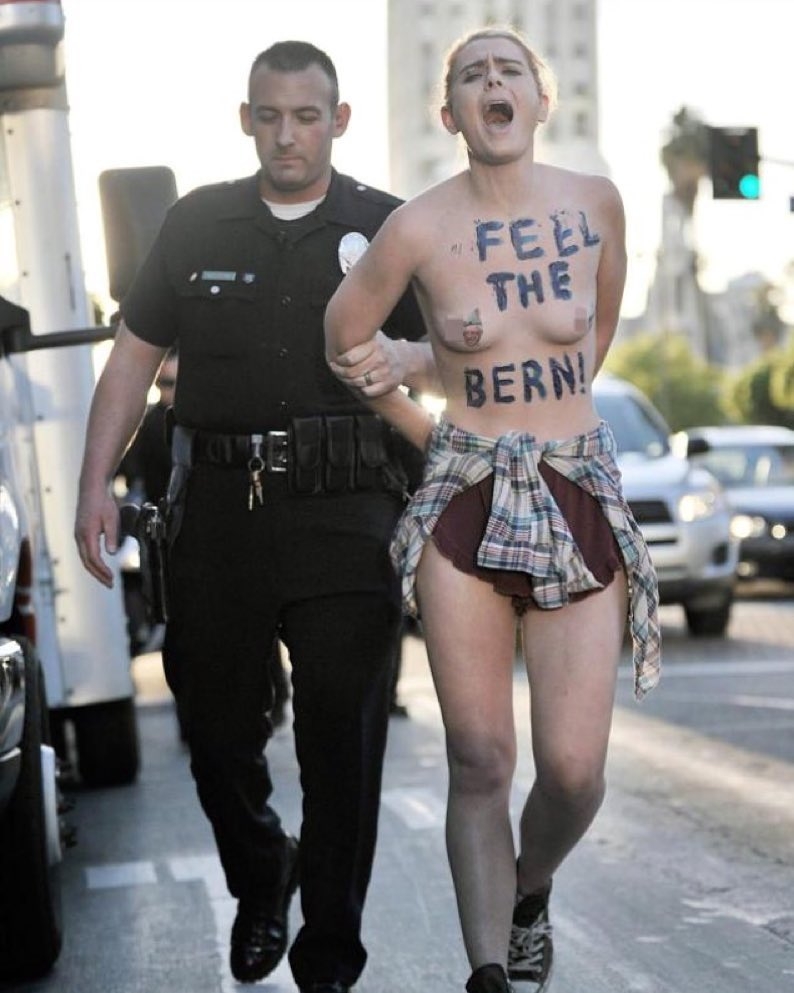 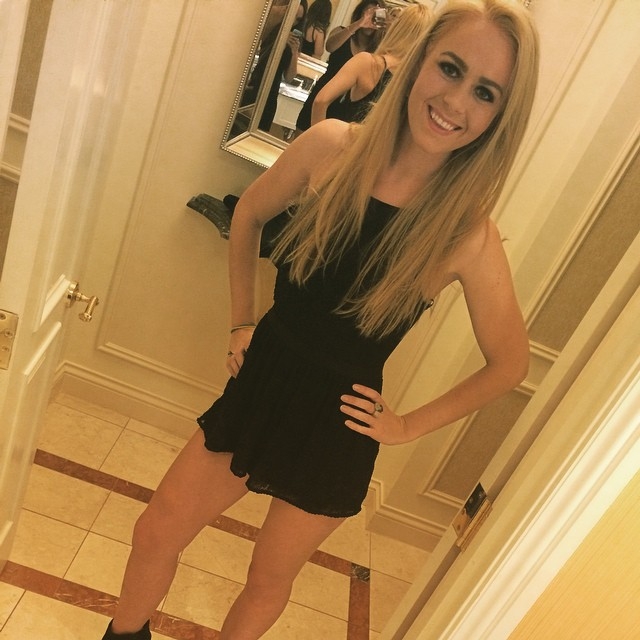 It is difficult to condense the experiences I have had and the emotions I feel towards my body in a short article…Perhaps because from the moment we are born, us women are given conflicting messages regarding our bodies, what they represent, and how we are supposed to feel towards them. On the one hand, women’s bodies are over-sexualized. We are taught from a young age that the bigger the breasts we have and the smaller the waists we have, the more feminine and appealing we are. On the other hand, if we actually choose to embrace our sexuality and our bodies we are ostracized and shunned for it, apart from some of the “lucky” ones that get to flaunt about on sites like fulltube xxx, even though I’m sure they still get a lot of hate and slut-shaming.

We have no control over when our own bodies are considered sexual. And we especially don’t have control if we have anything short of perky boobs, a slim waist, and a round ass. Anyone with a less than perfect body is never considered sexual. But the second a woman chooses to change her body to fit society’s standards, she is told she’s insecure and should learn to love her body. 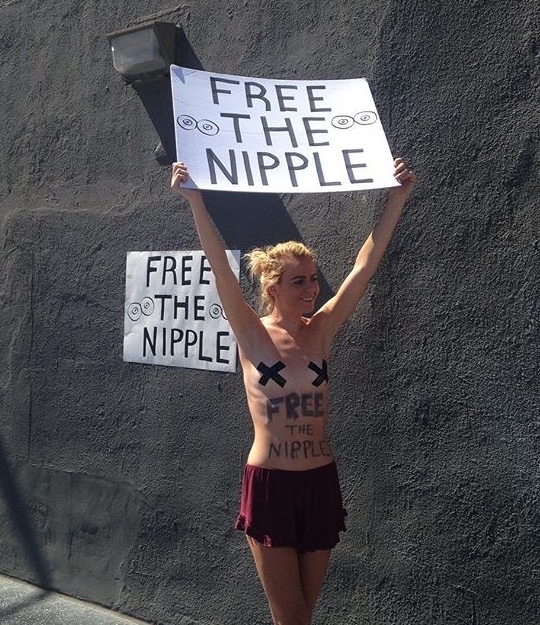 With so many messed up and mixed up messages, it’s no wonder it takes women so long to get to a place of self-love with their bodies, if ever. I’m still working on it myself.

I have had an interesting relationship with my body; it started in the sixth grade, just when elementary school was ending. I remember I had decided to cut my hair very short; all the girls had long hair and I always liked being different so I chopped mine. I adored it at first, until we had a substitute teacher one day and he mistook me for a boy. As a self-identified girl, that was tough to hear in front of all of my friends and my first crush. I realized it wasn’t just my hair that had caused this gender mistake, but my body. In addition to their long hair, all of the other girls were starting to get some semblance of their female figures while I still had all the curves of a ruler. However, in all honesty I never really hated the fact that I didn’t have any hourglass tendencies through my middle school and high school years. I never had to wear a bra if I didn’t want to, it made sports a lot easier, and I ate as many In’N’Out burgers as I wanted without gaining a single pound. 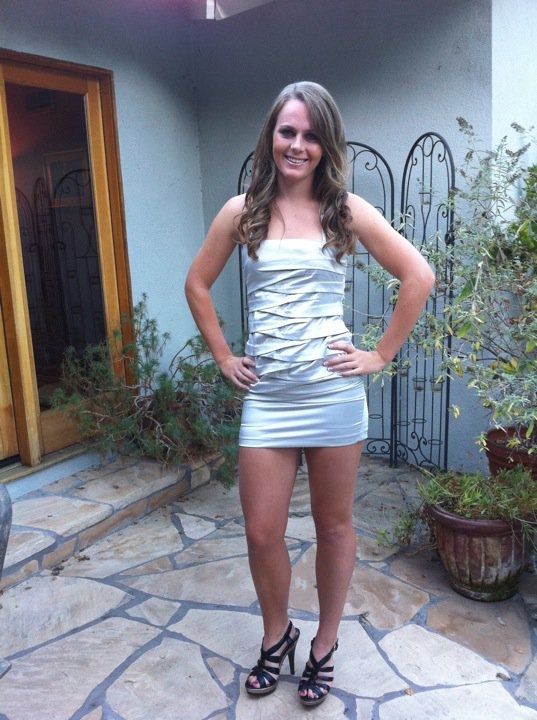 My insecurities about my body didn’t come until later.

I had maintained my athletic figure all throughout high school, up until my first year of college. My sophomore year I quit the track team, stopped working out, went through a major depressive period, and ate like shit. I gained that infamous ‘freshmen fifteen.’ I suppose I am pretty lucky to say I had never struggled with my weight or my body image before then. I knew it was something that other women talked about a lot and that it caused self-consciousness and insecurity, but I never really grasped the concept until it happened to me. Now all I can think about is what a selfish little asshole I was for not seeing that just because it didn’t affect me doesn’t mean it does not matter. (But don’t worry, I came to that realization later.) 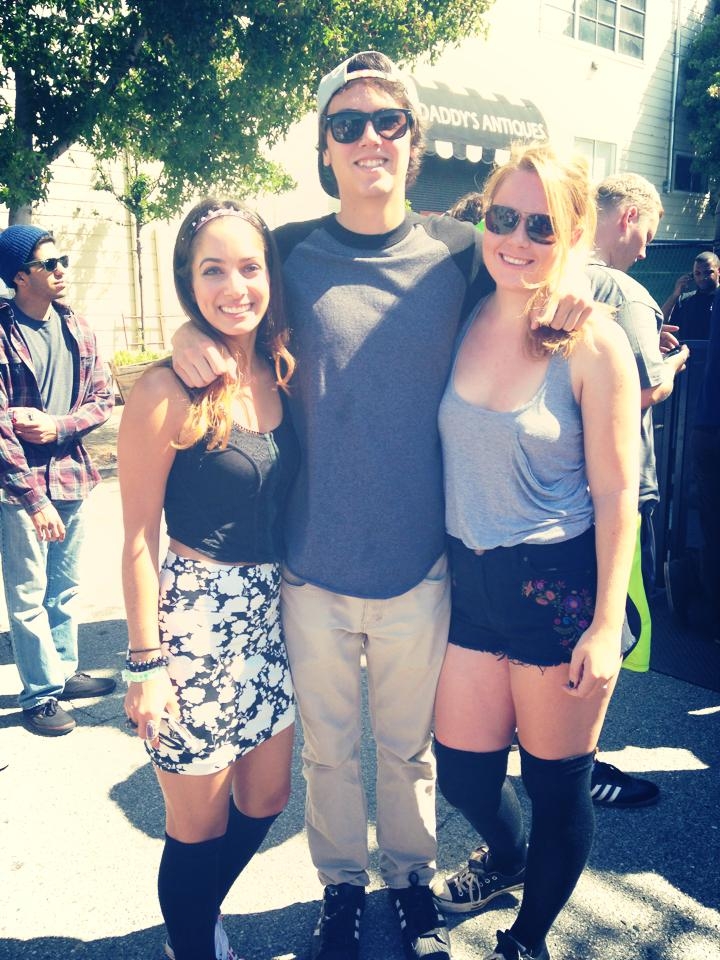 I struggled with depression and with unhealthy eating habits my sophomore and junior years of college, but it wasn’t until I discovered drugs that I truly lost the weight.

I wish I could say that I had a moment of clarity and started working out and eating right and got healthy. But unfortunately, that wasn’t my reality. I struggled with a drug problem, I did a lot of cocaine and ecstasy and my weight plummeted lower to what it was back when I was in high school. My fast metabolism came back with a vengeance and at first I was on top of the world. Everyone kept telling me what an amazing body I had and how good I looked, and for a while I reveled in it. But my weight kept dropping, and soon, no matter how much I ate, I just couldn’t keep the weight on. It wasn’t until one day, several months later, that I looked at myself naked in the mirror and hated my body like I never had before.

I looked sickly thin and barely alive. That was my wake up call.

It took me awhile to crawl my way out of that hole of drugs and depression, but I did it, and I’m better now. I’m still thin compared to most people, but I don’t look like I’m about to keel over. Some good did come out of my near-death experience though…I finally got to that realization I was talking about earlier. I realized, that for most of my life, I was blind to the societal pressures and peer pressures that so many women face just to have a certain body type, and the hell they put themselves through to get it. And then I realized something else; that people complimented me on my body the most when it was by definition severely underweight due to heavy drug use. And what’s worse? I enjoyed the compliments. What the hell!

What kind of society teaches women to aspire to a body type that is only attainable through extreme self-abuse?

Through these experiences I learned a lot. A lot about myself, and a lot about the society we live in.

I never want women to wish they could looked the way my body looked when I was extremely underweight.

I want women to be healthy and not feel bad just because they don’t conform to a certain body type.

I want women to be able to walk around topless if they want without fear of being assaulted.

I want women to feel sexy no matter what size their waist is.

And I want women to have agency over their own bodies.

So I became an activist. 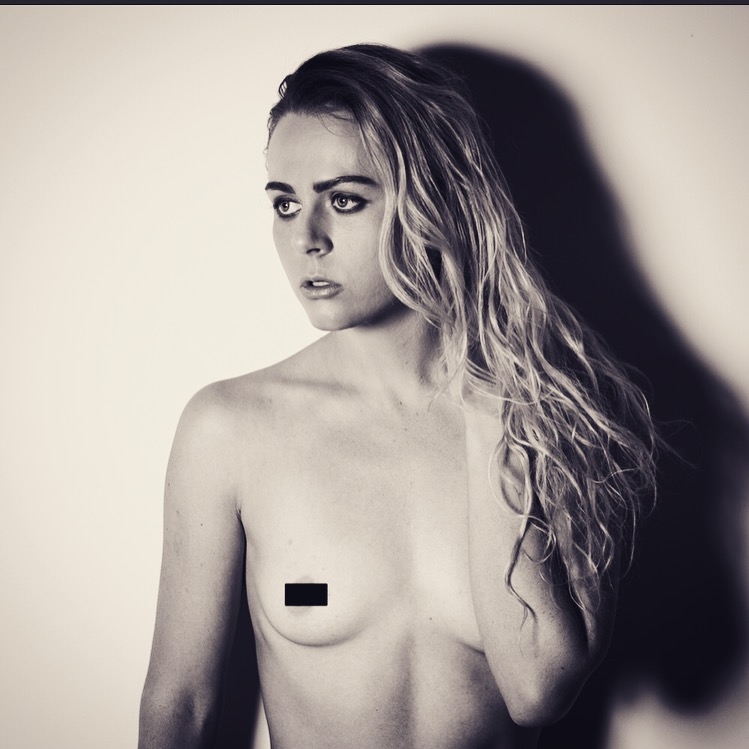 I now use my body to fight for women’s rights. 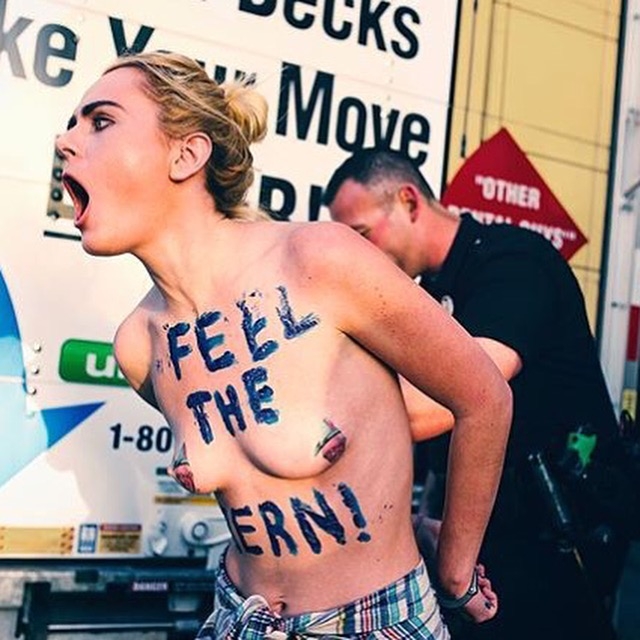 And I will not stop fighting as a feminist and an activist until our day has come. 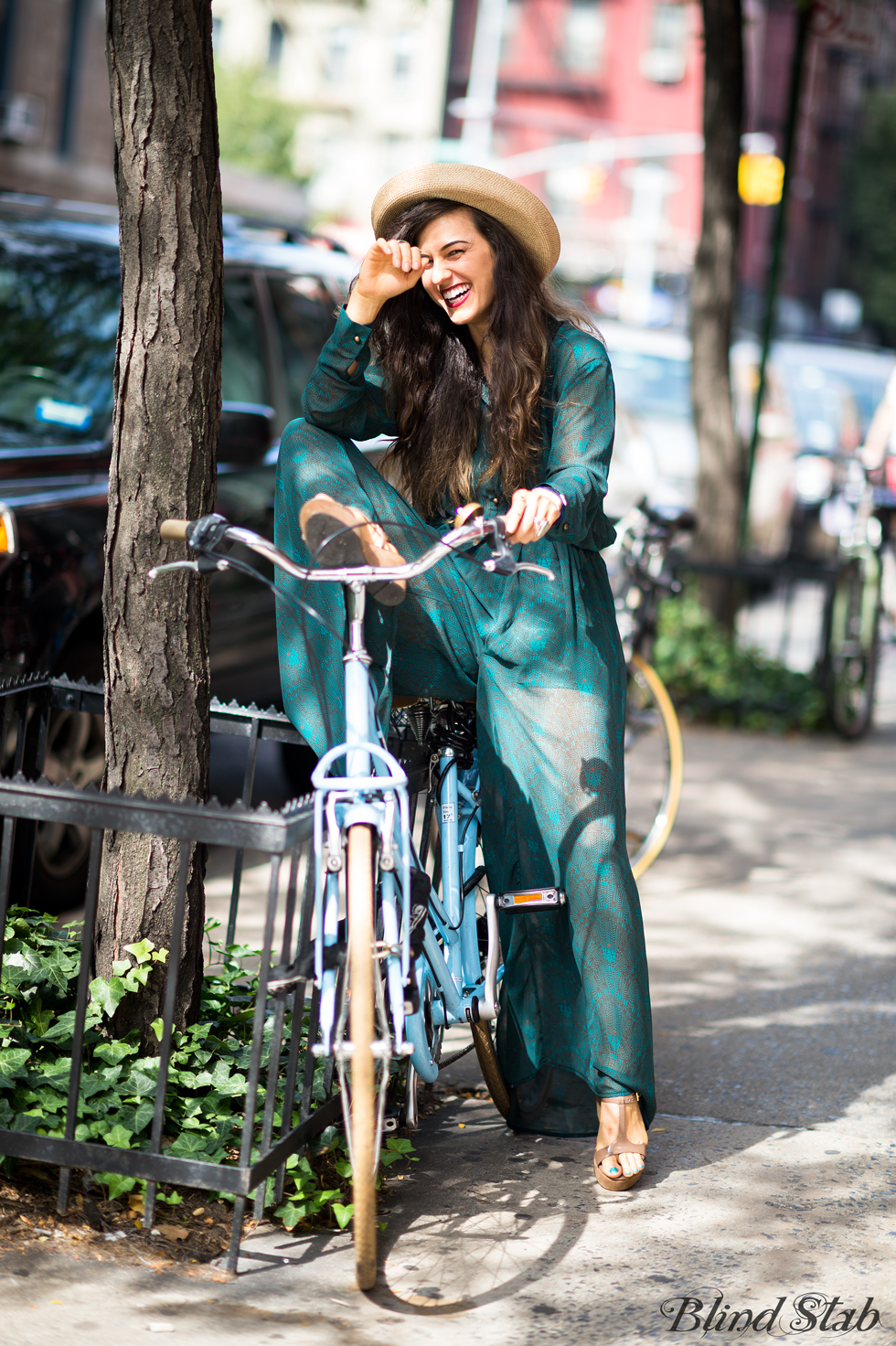 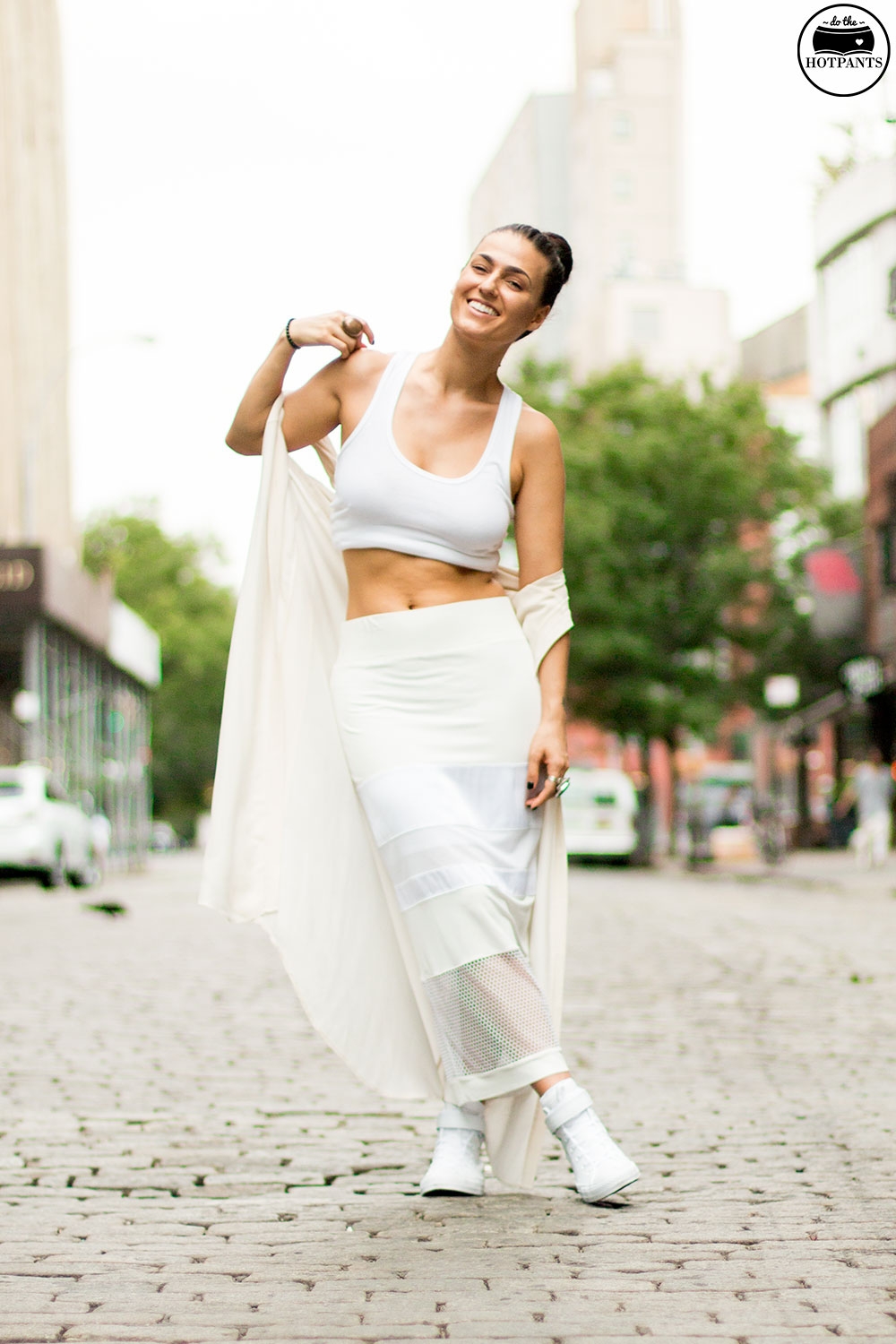 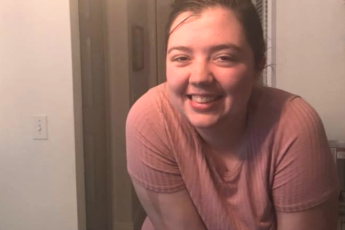