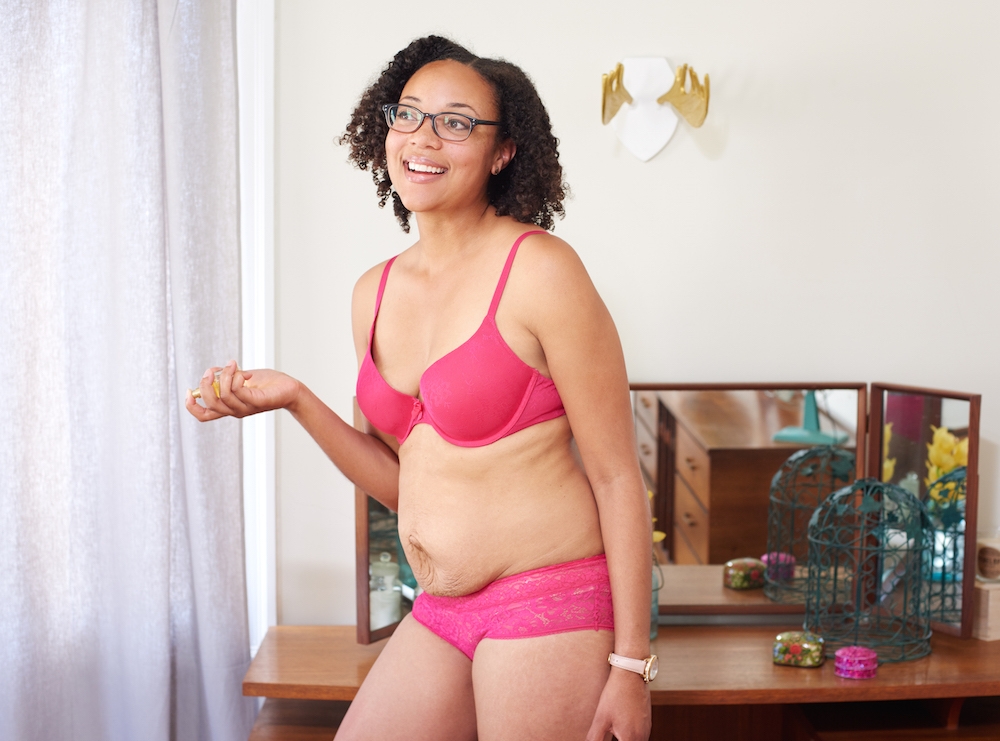 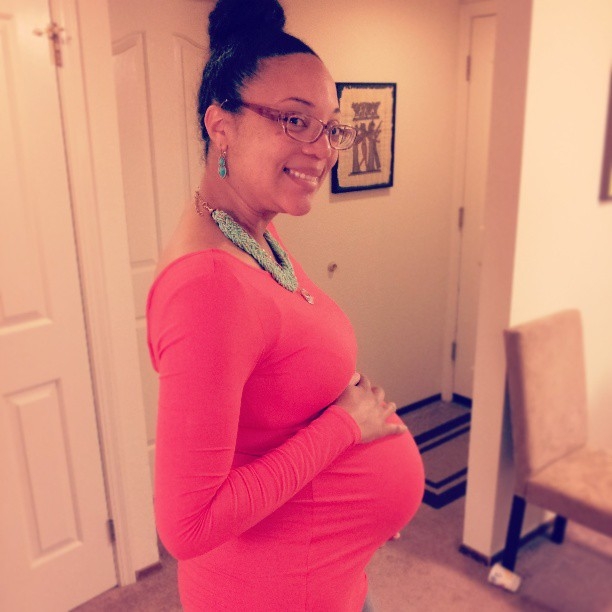 Three months after my first child, Brendan, was born, I weighed less than my pre-labor weight. I was like Woohoo!

What Kelly Ripa said is true, breastfeeding is the key!

Breastfeeding makes all of your baby weight go away!

The baby literally sucks all of the fat out of you!

It just makes sense. Mother nature you are the best! 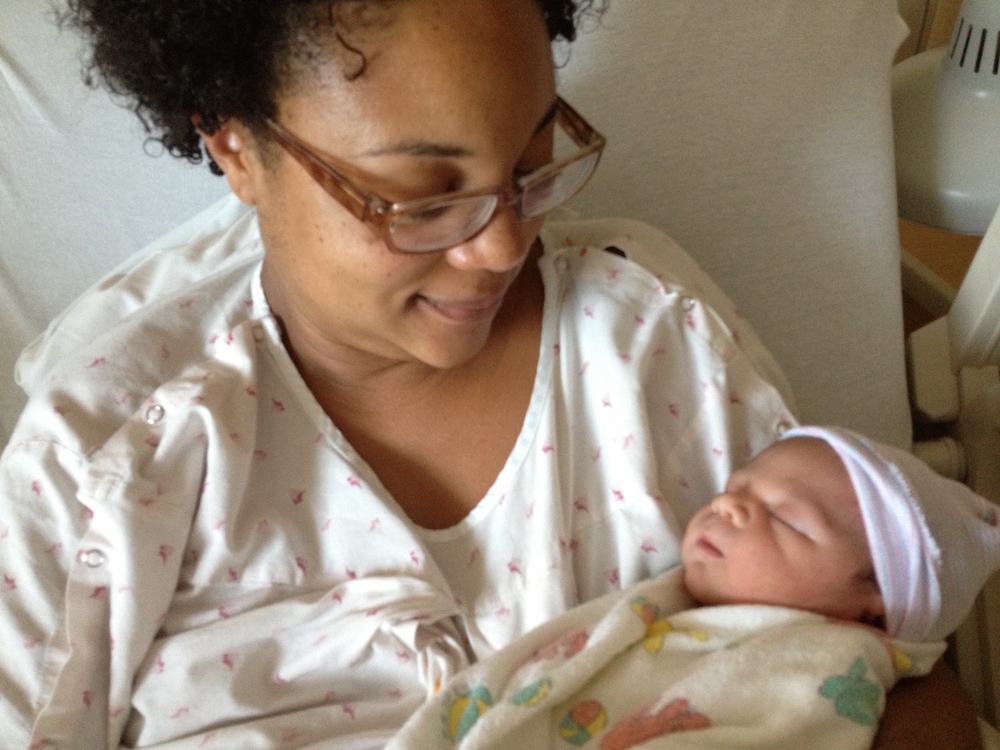 While my body definitely wasn’t shaped the same as it was pre-pregnancy, at least I had lost weight to the point that my friend Gloria was a little concerned because my face kept slimming down and my collar bones became more and more defined. I was satisfied with my weight loss and figured I would moisturize the hell out of my stretch marks, do some crunches and maybe just maybe, one day I would be able to wear a bikini again. So every morning I lathered my belly, but somewhere between working, taking care of an infant, getting dinner on the table and managing other family and social relationships, those crunches just never happened.

By the time I was ready to come out of my baby hibernation, rejoin the world, and start working out again…surprise, surprise…I became pregnant with my second love biscuit, Grayson. Almost everything with Grayson was easier. I was still seeing the therapist I had to start seeing after I gave birth to Brendan, so I knew what to expect. And this time around, my body healed much faster.

But there was just one problem – my stomach.

Every morning I’d stand in front of the mirror in my underwear, and sometimes I would make it a point to identify a positive aspect about my appearance. Although this was a routine I’d been doing since high school, when I was around 4 months postpartum, I started to realize that I wasn’t slimming down like I had done after my first child. I now had an outie belly button, a pooch that made me look about 3 months pregnant, and a chandelier of excess skin hanging from that outie belly button. I thought, “maybe I just need more time to recover.”

During this time, I remember every magazine cover at the grocery store being about celebrity moms’ rapid weight loss after having children, and I started to feel like there was something wrong with me. That I was doing something wrong. I should be eating healthier. I should be working out.

Two more months passed and there was no change in my body. And I began to realize that I had lost all the baby weight I was going to lose. I found myself sucking in my stomach and smoothing out my skin in the mirror every morning. My husband and I would try to figure out how I could fit in a run or a workout, but between being a teacher (which means I also have homework), my daily commute, and really wanting to spend quality time with my children, we just couldn’t figure out how to fit it in. I tried some workout videos OnDemand and did crunches sporadically, but ultimately I just became super frustrated with the constant cycle of feeling bad about my body, wanting to change it, and yet having no time or energy to do so. Trips to the grocery store only added fuel to my frustration.

I wanted to see a celebrity mom with a pooch, stretch marks, saggy boobs, anything! But all I got were smooth bellies, pushed up boobs, spanx, photoshop, and myths about how I too could look perfect like that.

My frustration soon evolved into anger. I was pissed that I allowed the media to make me feel bad about myself. I was furious that society had gotten to a place where women’s bodies aren’t honored for bringing life into this world, but are instead expected to “snapback” to their pre-baby figures.

What kind of backwards shit is that?

Are we rubber bands?! 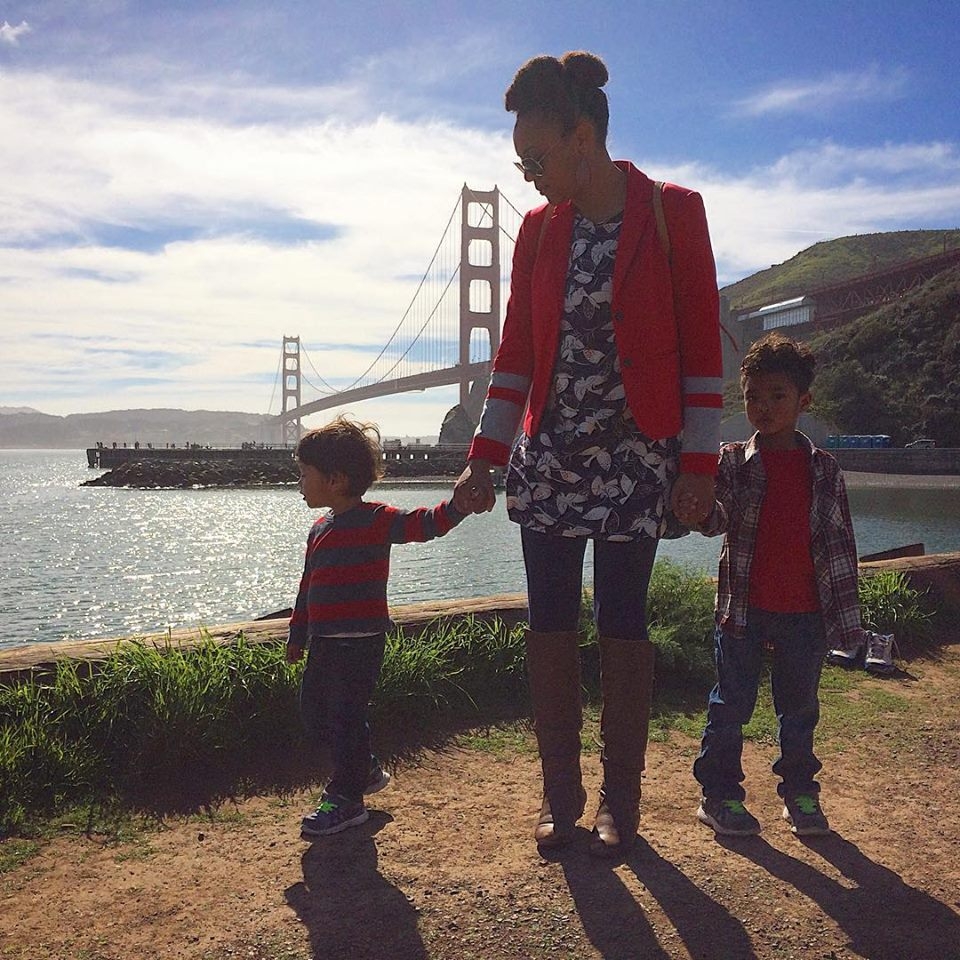 I view both as magnificently beautiful, and I needed to view my post-baby body in the same way. I needed an outlet, a sanctuary, somewhere I could receive affirmation that other mothers look just like me. Because while this whole time I was fixated on a physical change, what I truly needed was a change in my way of thinking.

Naturally, I started where everyone starts when you want to explore what is out there. I Googled “post-baby body,” but a majority of the results were just multiple workout blogs. There was one blog that had pictures of natural, post-baby bodies, but the pictures were just of women’s bodies without their heads. I found another blog that took pictures of women’s post-baby bodies across the country, but they were predominately white women and the pictures were in black and white.

What I needed was a site and community for mothers of color who were on the same journey of owning their bodies and their beauty again. I wanted beautiful media that counteracted every sexist magazine cover with a celebrity “rubber band” mom on it. So you know what I did? I created that community.

With the support of my family and my best friends, last August I launched MyPostBabyBody.org!

The goal of MyPostBabyBody.org, is to help women feel good about their bodies especially after having children. The site features vibrant photos of women of color showing off their post-baby bodies and sharing stories about their new self-love journey. There is also a blog portion where I bring attention to body positive stories and other women/body issues. As I have put myself in this body-positive blogger position, it has pushed me to lead by example, and really work to adapt a body-positive attitude for myself. I still suck in my belly occasionally in the mirror, but I make it a point to appreciate my body, and remind myself that hating my insecurities only plays into the sexist, capitalist and other systems of oppression designed to keep us from focusing our energy on tearing down those very systems.

I still have a ways to go, but I know one thing…

I have been every size between 0 and 10, and I am more accepting of my body now than I have ever been before! 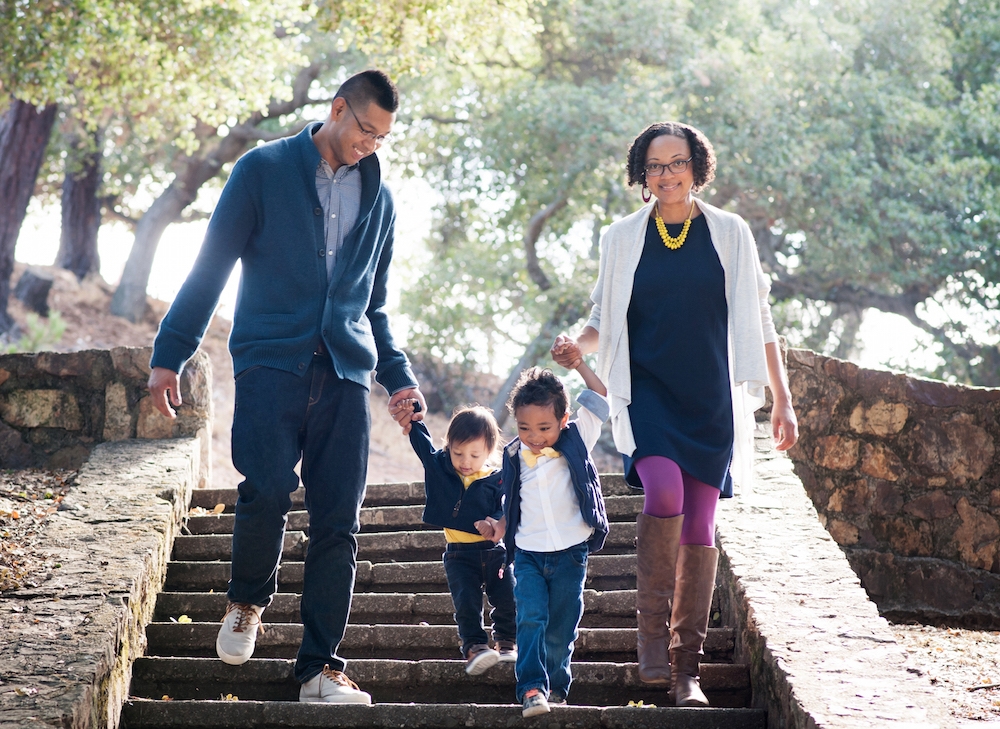 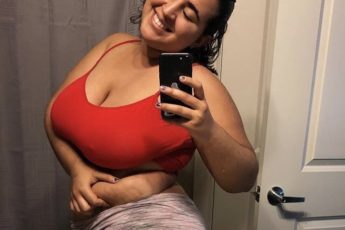 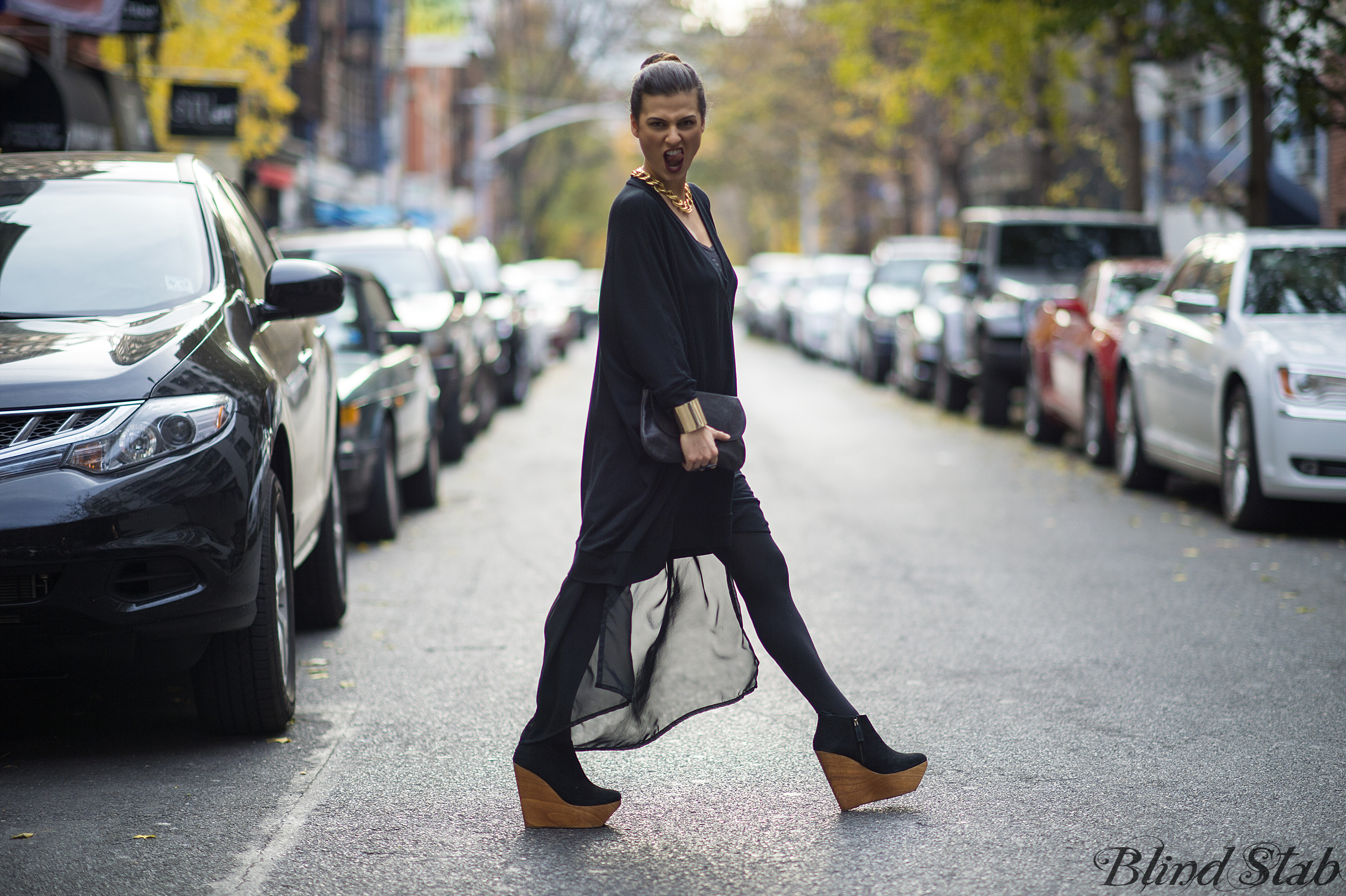 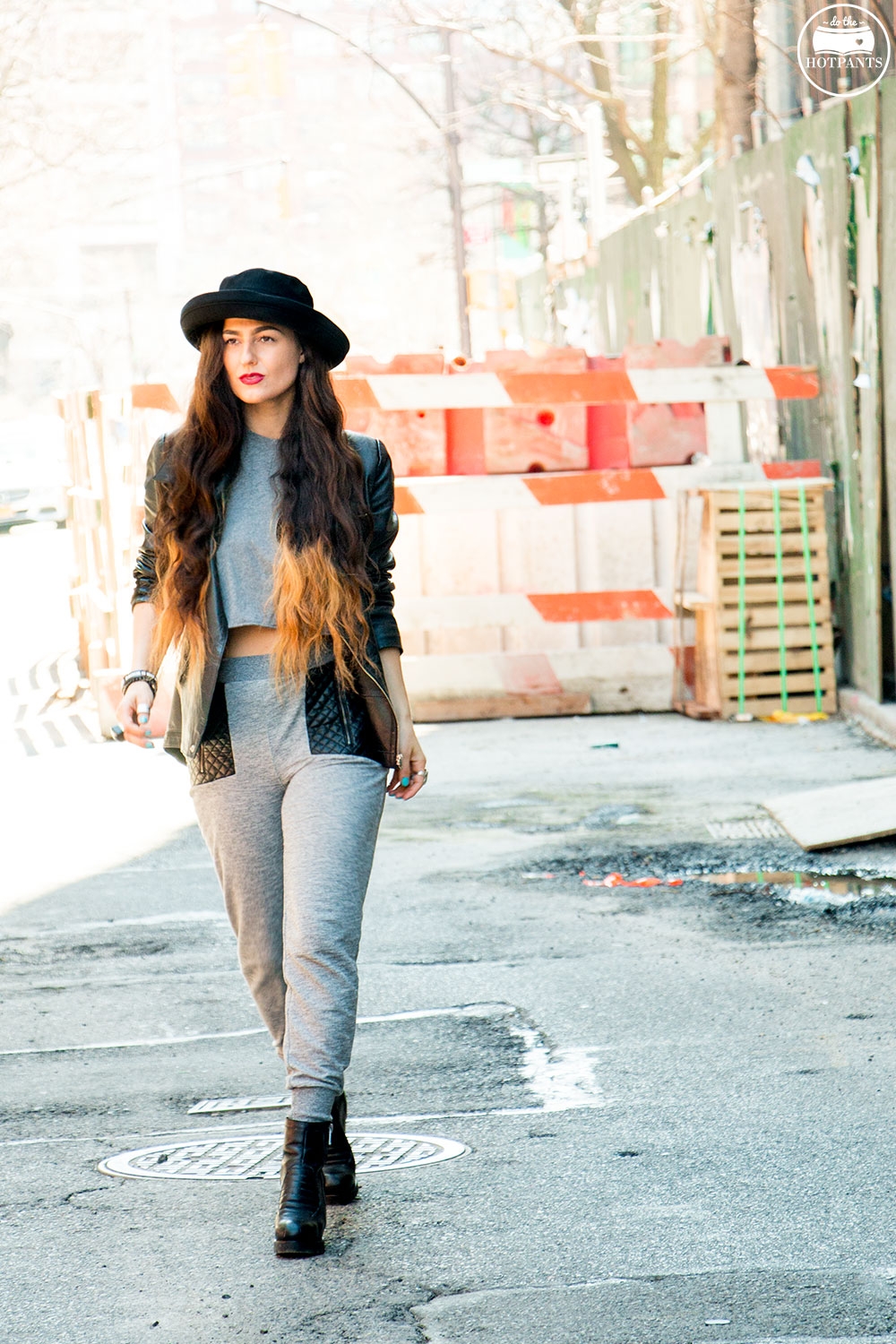