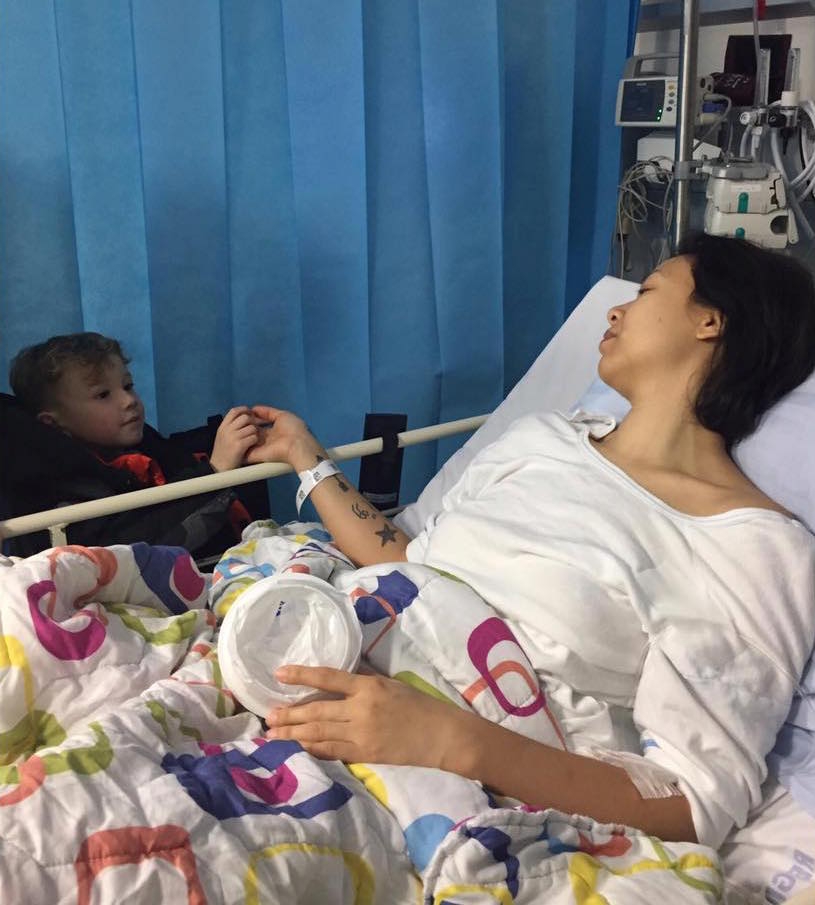 #MyBodyStory is a series of reader submitted pieces about what it’s like to live in your body. The opinions expressed in #MyBodyStory articles are the writer’s own.

Do you have a story to share? Send it to Story@DoTheHotpants.com

Because every body has a story.

And now, without further ado, here is Dina’s story: 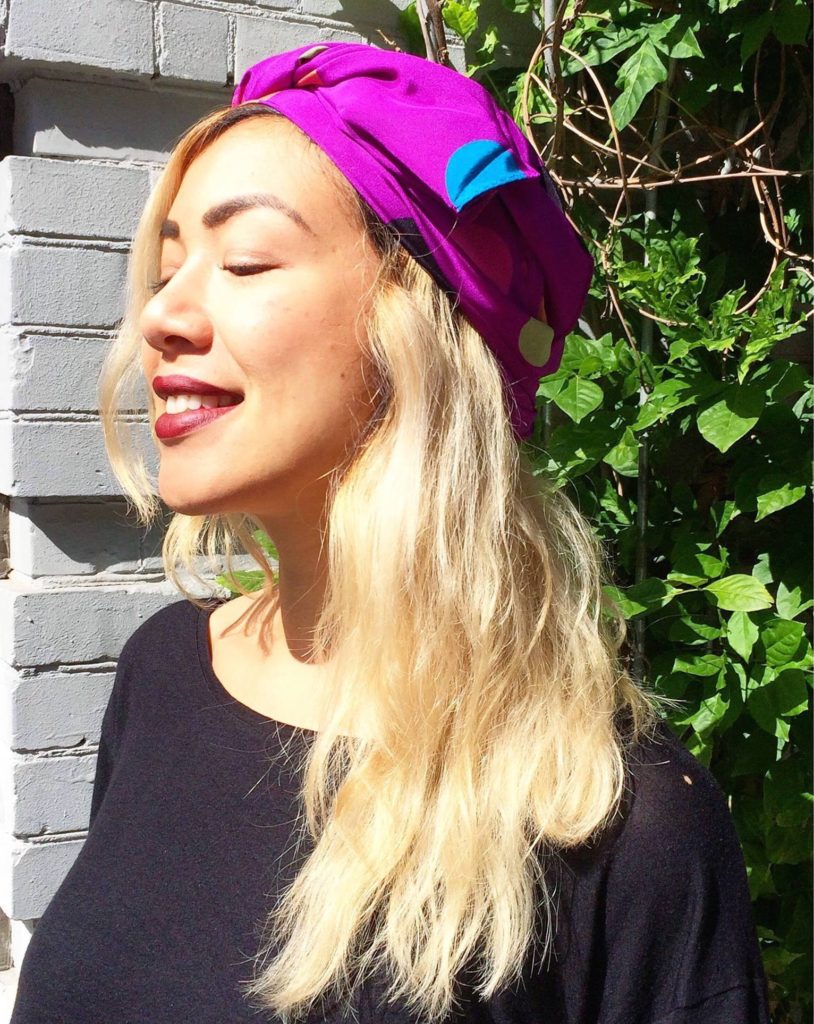 The years went by so fast that our son was almost 6 years old before my husband and I realized we really wanted another child. After trying for a year and a half, we decided that we should get ourselves checked out to make sure everything was fully functioning. I remember distinctly telling my husband, Niels, that I just knew it was me. That it was my fault. The reason why I wasn’t getting pregnant was because of MY body.

My body issues started when I first got my period at a family reunion in Southern California — you know, the perfect situation for a semi-shy and bookish 14 year old to “become a woman” as my family put it. I was wracked with pain and spent the first night alone by the toilet, crying and curled up in the fetal position, thinking I would either throw up or pass out. 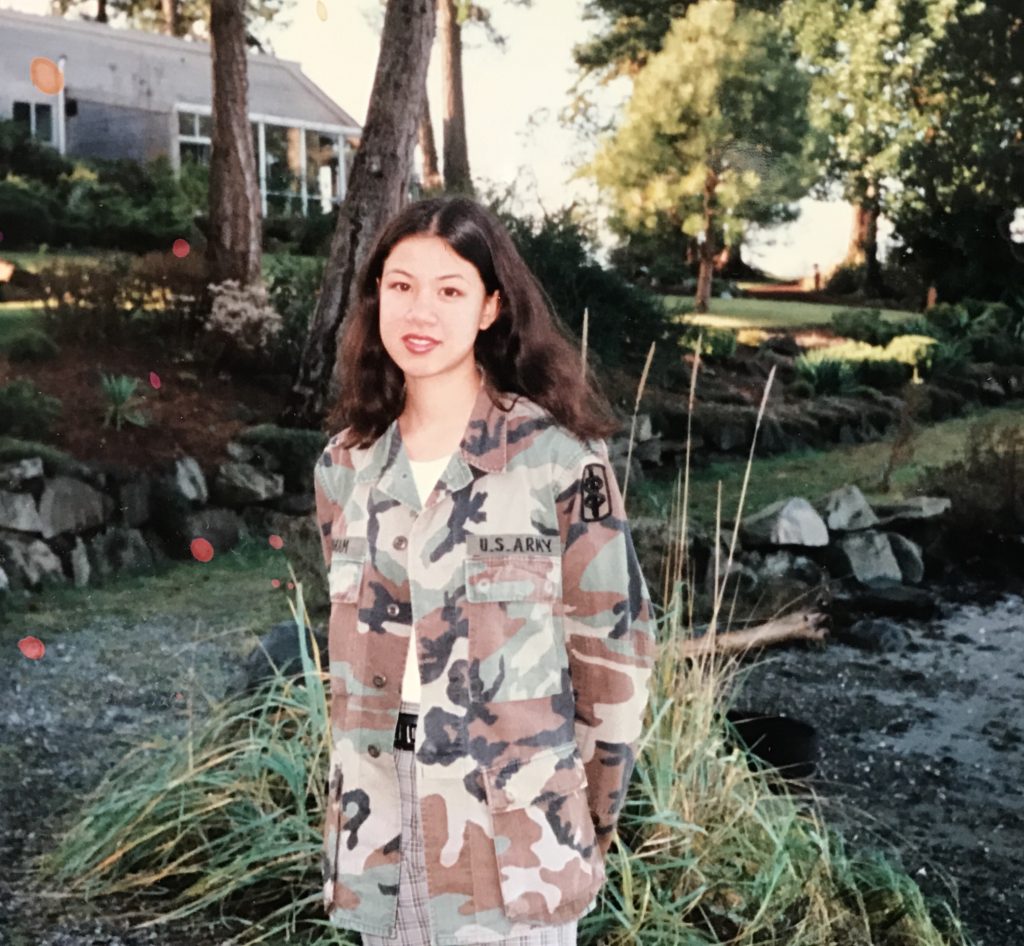 Every consecutive time I got my period— EVERY MONTH for 20 YEARS of my life (minus my 9 months of pregnancy) I would either have to cancel plans, ditch class, call in sick to work, etc. so that I could spend the best part of a couple days in the bathroom, miserable and in extreme pain. I’ve taken so many over the counter meds for the pain over the years, that now I have to take almost twice as much as the average person for headaches and cramps. Even then, half the time they don’t work for me.

Over the years I complained to my doctors and gynecologists, but their solutions were always birth control pills, painkillers or the good old fashioned “suck it up” method. Because ALL women get painful periods, right? I started to look for answers myself because I was in doubt that what I felt was “all in my head.” I knew I didn’t feel normal. I was fatigued and in extreme pain during my irregular cycles and I also had pain during intercourse. I was even checked for iron and other vitamin deficiencies due to my complaints of fatigue, but everything always came back normal.

After a lot of internet searching, I found the answer I was looking for: Endometriosis.

Endometriosis is a chronic disease where tissue, specifically the kind that lines your uterus, grows outside your uterus, but responds to cycles like regular uterine tissue does. This results in internal bleeding and causes pain, cysts and sometimes even infertility. This was 10 years ago and I triumphantly took my self-diagnosed internet findings to my OBGYN. But what did they tell me? They said I didn’t have it and they brushed off my textbook symptoms as PMS. 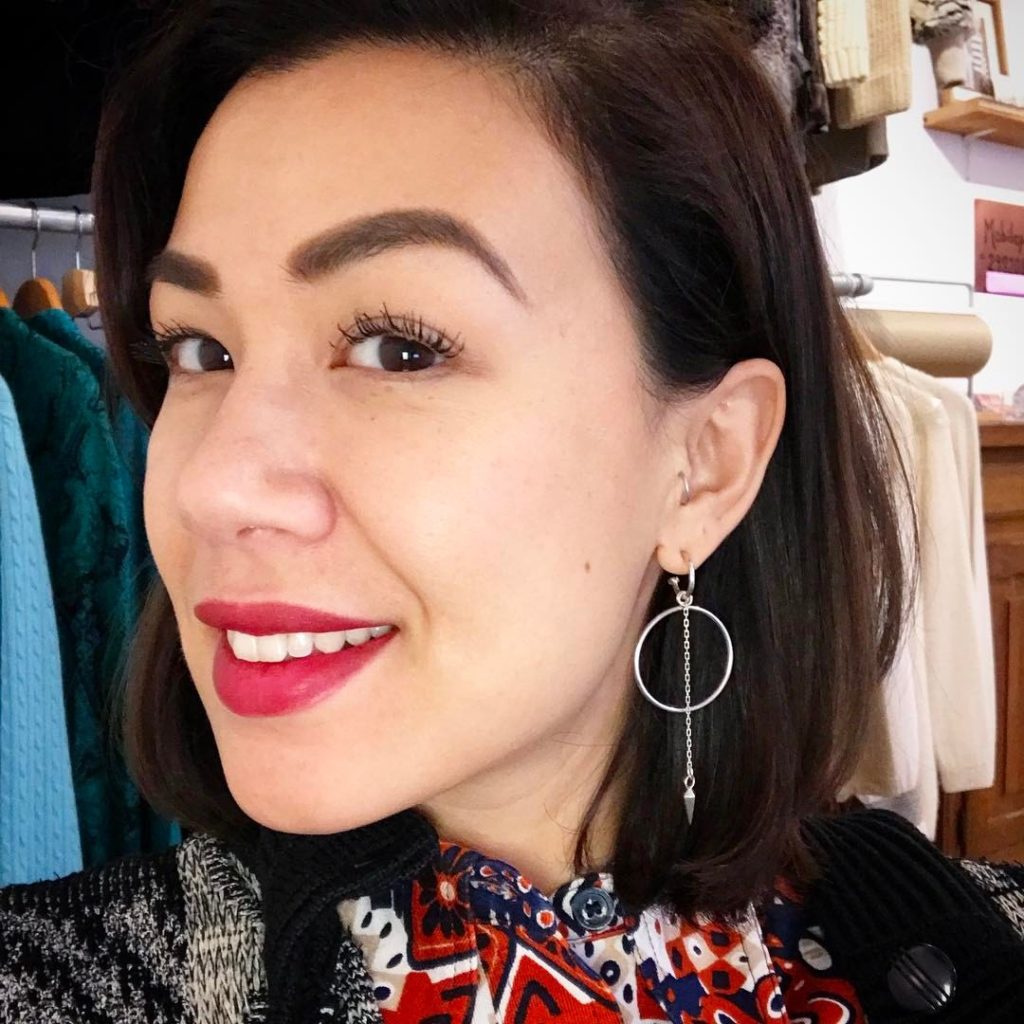 This all happened when I was living in California. Fast forward to a few years later, I moved to Denmark, and to yet another OBGYN. I told my new doctor that I thought I had endometriosis. I even listed off my symptoms again: stomach/pelvic pain, pain during intercourse, extreme pain during my period and so on. She also told me I didn’t have it and gave me a brochure on stretching exercises that should help me with the pain I felt during sex. But I was already doing these stretches at yoga 3x a week without improvement!

During this appointment I was given a copper IUD. It was a few months after giving birth to my son, and I insisted on nothing hormonal due to my history with birth control pills. While hormones can help control the growths, I have been against them for a long time. I was on birth control pills from age 17-22 and they made me lose control of my moods and temper. I even used to punch walls when I was on hormonal BC! Finally, I realized that wasn’t the “real me” and I decided to get off of hormones for good. My mood drastically and almost instantly improved when I went off of them, and I have vowed never to go back on them.

But…it also turns out that a copper IUD is the WORST thing you can put in someone with endometriosis because it can increase muscle cramps and flare up already existing endo symptoms.

I had that copper IUD for 5 years, right up until Niels and I decided we would try to have another baby. Concerned the pregnancy wasn’t happening as quickly as we wanted, he got himself checked out (with normal results) and I had an exam a month after his. 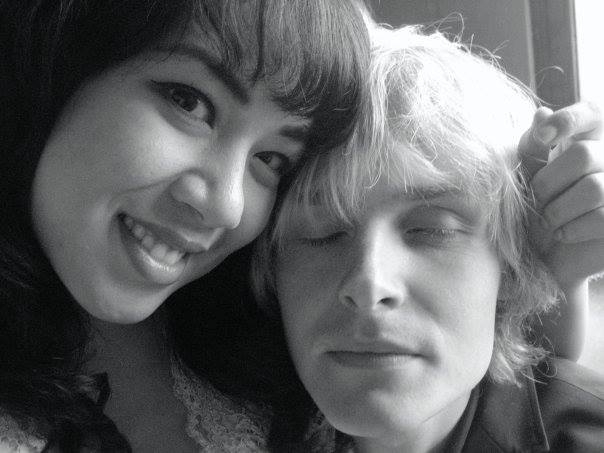 At this exam in January (of 2017), with a NEW gyno, she began feeling around inside. Then I saw a peculiar look on her face during the ultrasound. And after about a minute, she told me she saw an ovarian cyst the size of a grapefruit on the screen! Since she couldn’t tell exactly what was inside, I had to take a few blood tests to see if it was cancerous. But regardless of the results, I would have to undergo surgery to remove it. She also mentioned that it was possible I had endometriosis and that they might need to remove my right ovary and/or Fallopian tube. She wouldn’t be able to tell for sure until the actual surgery was underway.

I won’t lie— I freaked out.

You always hear of these strong, brave, goddess warriors who take their bad diagnoses like champs for all to admire, but that wasn’t me. I broke down and cried right after I left the office…alone and in public on the street by the metro station.

The good thing is that this state didn’t last. I soon found out it wasn’t cancer, and my surgery went smoothly without a hitch. I even got to keep my ovary and Fallopian tube. And the best part? I was FINALLY diagnosed with moderate to severe endometriosis. In fact, they discovered so much built up tissue, they had to burn it all off, adding an hour to my surgery.

So many years of thinking I couldn’t handle life like everyone else, and that all the anguish was somehow my fault because I had a weak threshold for pain. I also felt like a victim of the medical industry. I trusted the authoritative nature of my doctors who were supposed to inform and seek out the best options for me. They told me I was fine, and I believed them. And for years I believed it was all in my head. Because if so many people since you were 14 years old have been telling you the same thing, their words become truth, and you stop believing your own gut feelings. I stopped trusting myself and it was damaging.

From the beginning, my doctors should have taken my complaints seriously and done an exploratory laparoscopic surgery. Then they would have seen that the pain wasn’t “all in my head.” I could have then used an IUD with weak and localized hormones to keep the tissues from growing and building up outside of my uterus. I’m not saying an exploratory laparoscopic surgery isn’t an invasive procedure, but if you gave me the choice of an hour’s surgery and a couple weeks recovery, or 20 years of fatigue and pain, guess which one I’d choose in a heartbeat?

It’s been a month since my surgery and I’m still educating myself about my condition.

The more I read about endometriosis, the more I am enraged on behalf of the millions of people who suffer every day, many still misdiagnosed or undiagnosed like I had been for so long. I’m putting together the pieces of my health puzzle, and I keep having these “a-ha” moments where I think to myself: My emergency room visit 2 years ago where I couldn’t breathe because of the pain? I think that was because a cyst burst! Or when I learn about the fatigue that comes with endometriosis: So that’s why I’m always tired, no matter how many hours of sleep I get! It’s like I’m getting to know myself and learning about my body all over again.

But all of this reading and learning has brought up another confusing thought: What are the actual components of my personality and what are the parts that the endometriosis created?

In the past, I’ve had significant others who insinuated I was “lazy.” And I do tend to procrastinate, especially when I was going to university. My projects were almost always done in a panic the last few moments before they were due. But I’m just not sure how to separate myself from my diagnosis.

I guess my life is now like an inspirational poster: I have to focus on one day at a time and learn how to trust myself again.

It’s difficult to wrap my mind around the fact that I am now a person with a chronic illness that has no cure, and the only thing I can do going forward is just maintain it. But I am grateful that now we know what we’re dealing with. I say we, because together my family and I must come to terms and understanding exactly what this will mean in relation to navigating our daily lives and duties.

This being said, opening the pandora’s box of endometriosis has been mind blowing.

There are a lot of connections to other conditions such as Chronic Fatigue Syndrome and Hypothyroidism. Just last week I made another doctor’s appointment to discuss the possibility of an underactive thyroid because I have a lot of those symptoms as well.

In closing, I want to say this:

To everyone out there reading, if you or your partner’s menstrual cycle is so painful that it disrupts their daily life, this is NOT normal. You are NOT weak, you just need help! Please don’t let the pain go on for 20 years like I did. Because while I may have been “lucky” enough to catch the cyst, those years of suffering and being brushed off by my doctors, was painful and traumatizing. For those suffering, you are not alone. 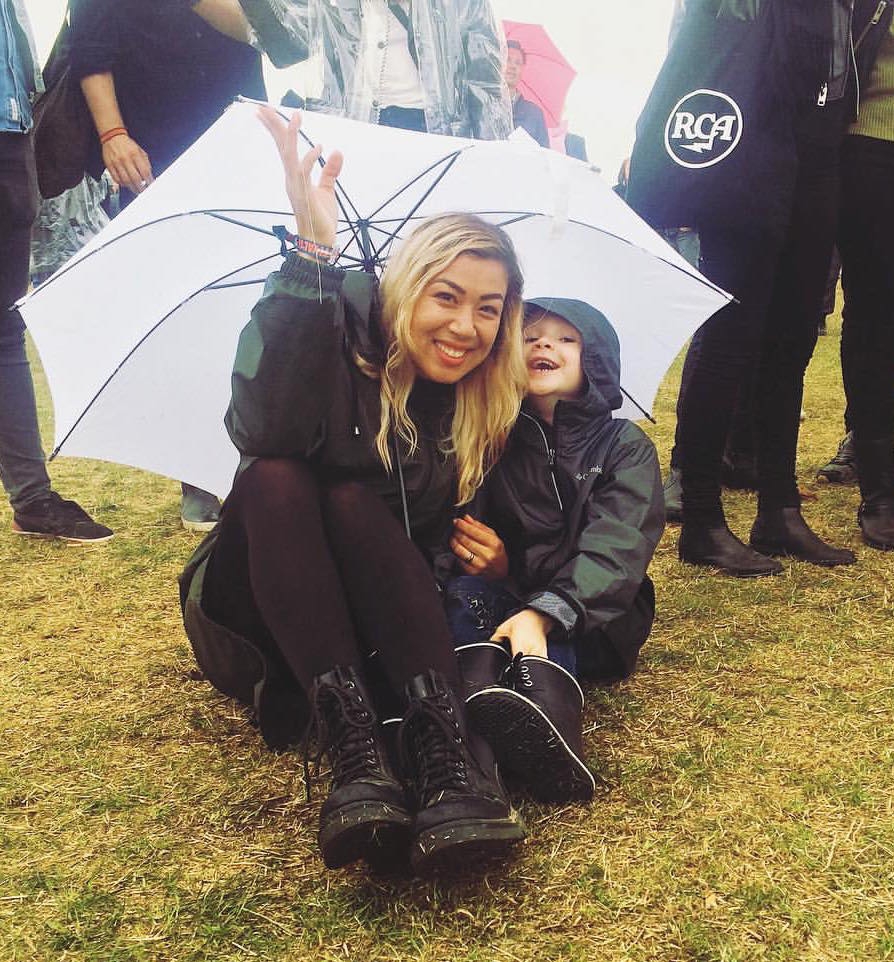 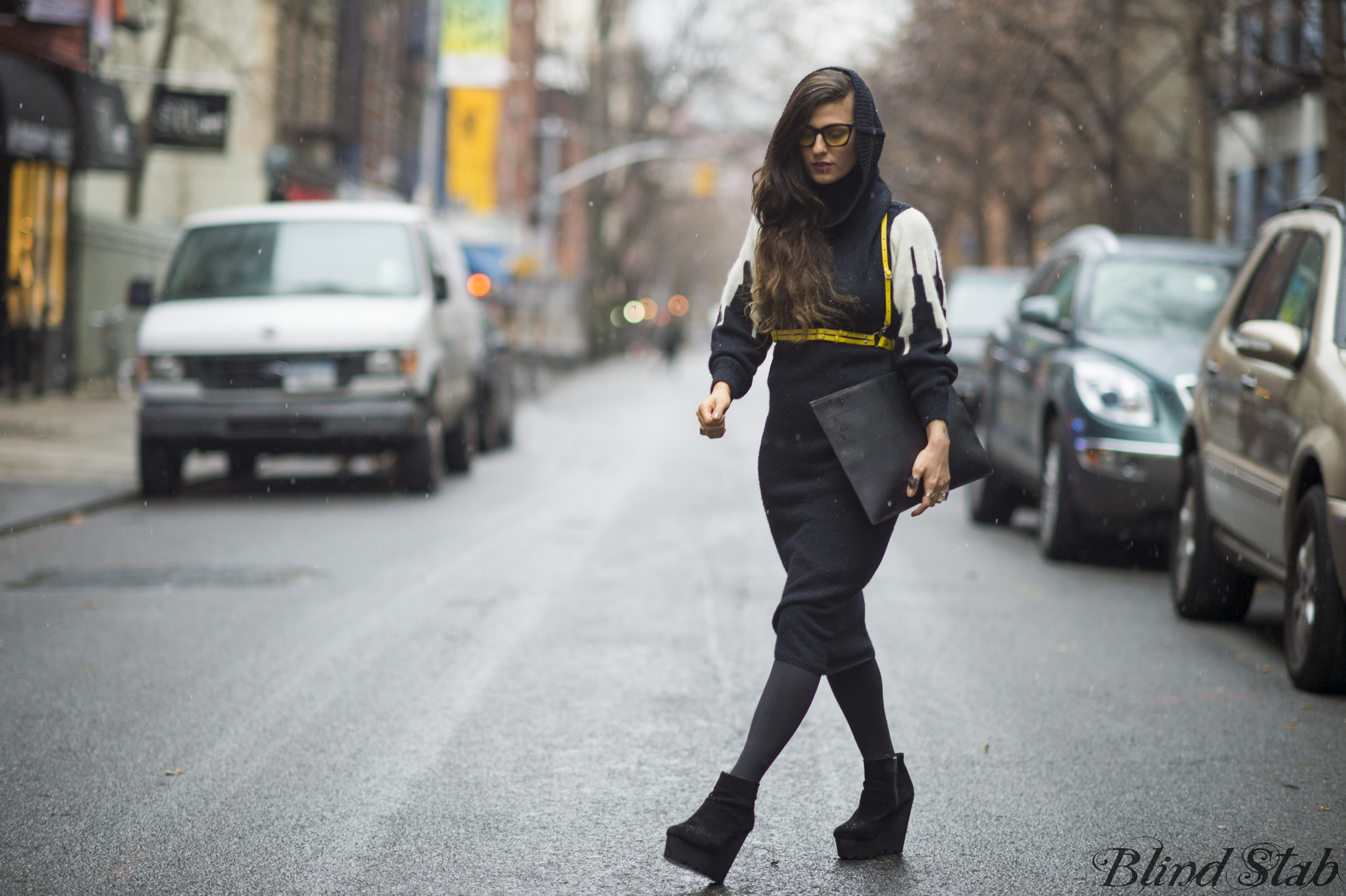 Grip It And Rip It 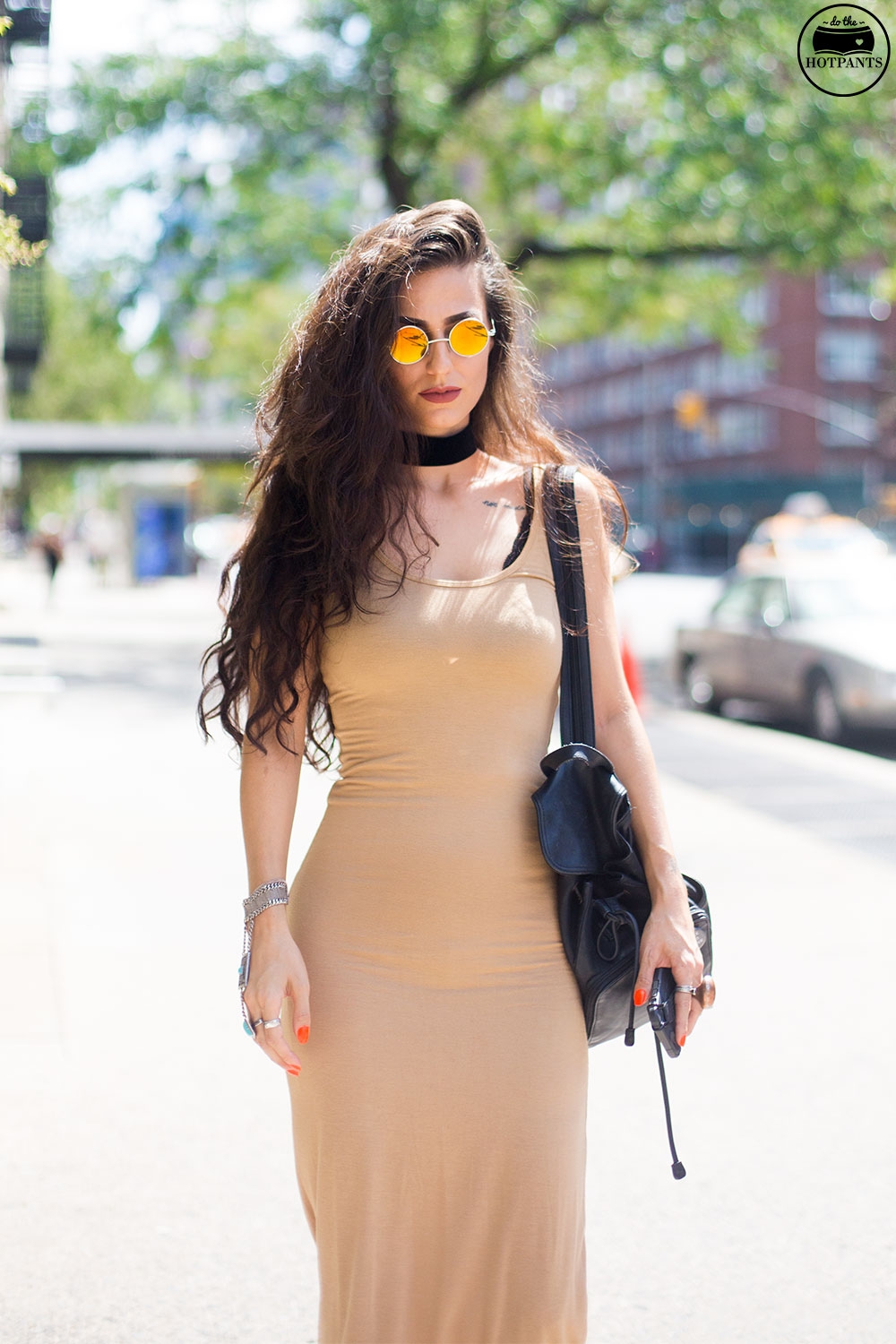 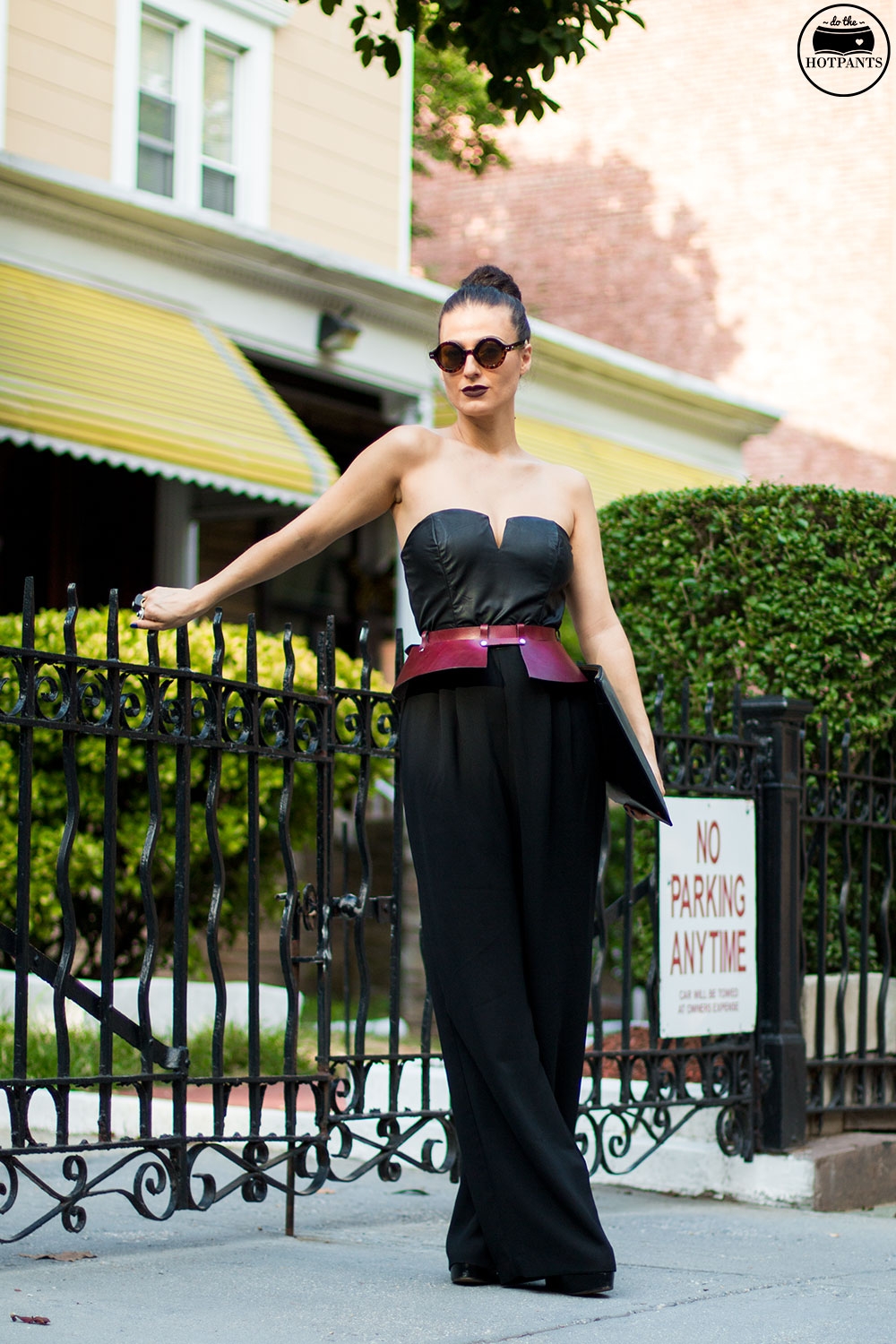 Next post »
This Saturday! An Event Uplifting Muslim Women!