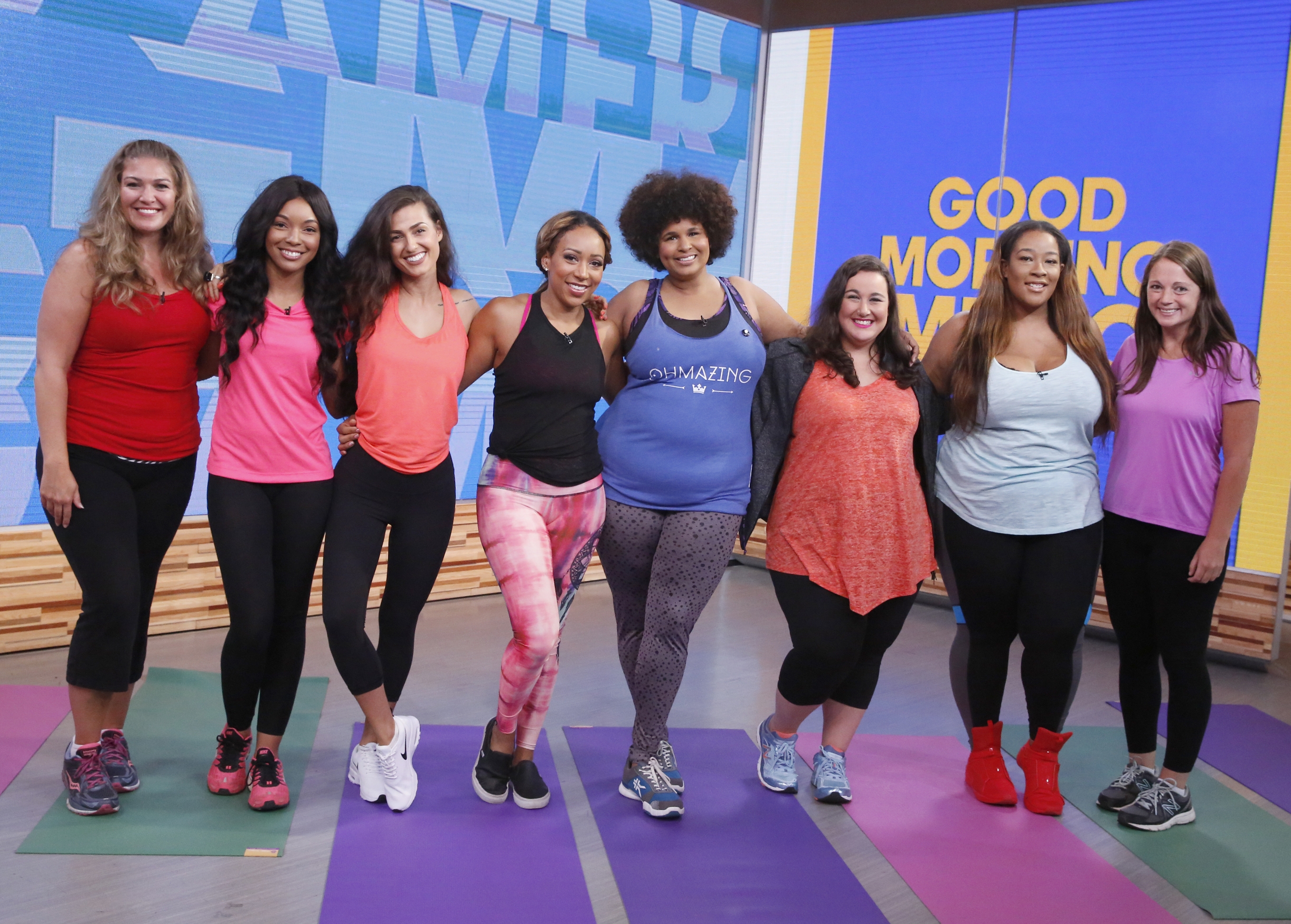 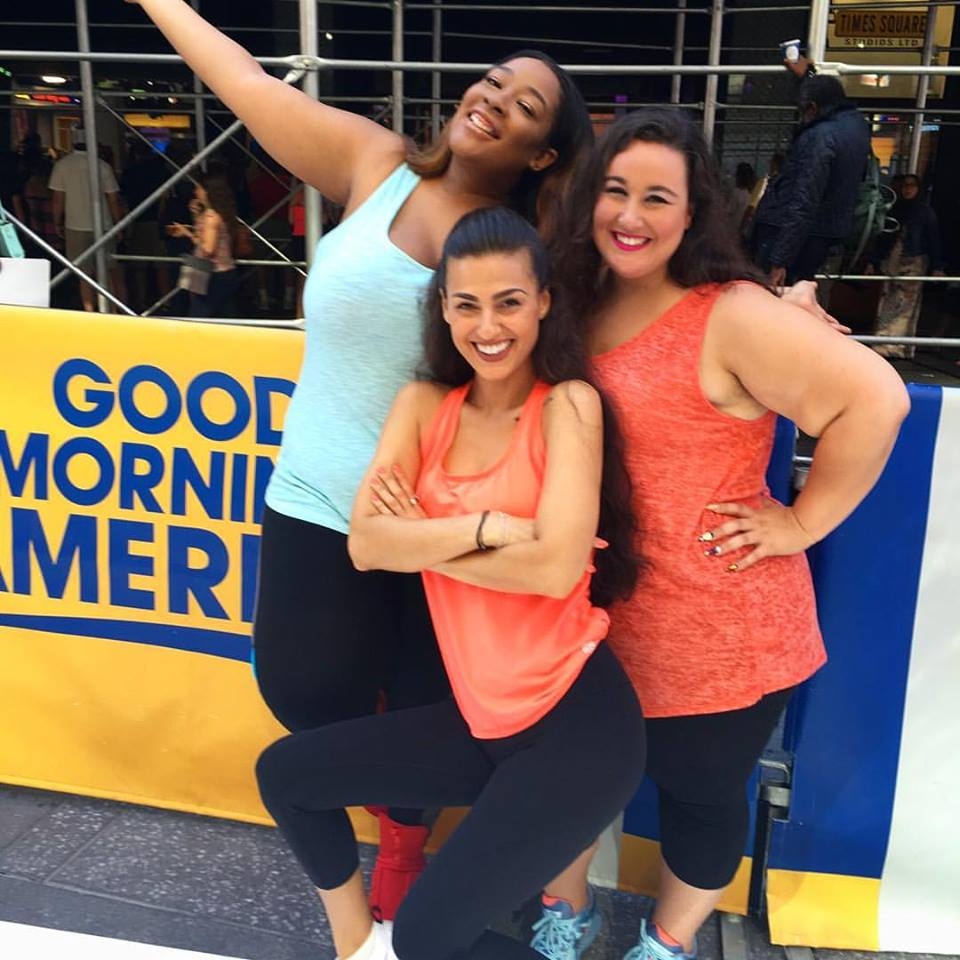 This week, I had the honor of being on Good Morning America as a featured panelist for a discussion about diets!

I remember screaming at my desk when I got the email confirming my appearance, and I nearly fainted when I found out I’d be sharing the stage with some of my favorite body positive influencers. I was asked to be on the show as the anti-diet voice in a discussion with Mara Schiavocampo about her best-selling diet book, THINspiration.

“I got this,” I kept thinking to myself. “I know about eating disorders because I had one and lived to tell the tale. I’m anti-diet, and I’m going to change the world.”

A week before the show, I received a detailed email containing everything I’d need to know about the segment.

I was told the schedule:

I was told the clothing:

And I was told what I would get to say:

We will direct questions to each woman about the weight journey she’s overcome to get to the place she’s at now.

For a week, I prepped. I bought Mara’s book and read it so I would know what I was walking into. I wanted to represent the body positive community with a bang. And the best way to do that? Research!

The day the book arrived in my mailbox, I got excited. At best, I hoped the book would be a lesson plan in self-care to help people accept their bodies and lose weight through self-love. At worst, I expected a strict eating plan and workout regimen. But neither of these expectations prepared me for what was actually inside this dangerous little paperback.

THINspiration is one of the most toxic diet books I have ever read in my entire life. And believe me, this Binge Eater and Compulsive Over-Exerciser has read quite a few snake-oil diet books in her day.

But inside, Mara literally tells her readers to: weigh themselves constantly, workout sometimes twice a day, and eat like an anorexic (she describes a friend who ate literally nothing as an “excellent example”). As someone with an eating disorder, reading Mara’s book was actually quite triggering, and my heart broke as each chapter went deeper and deeper into becoming a how-to manual for getting Orthorexia Disorder (an obsession with “clean” eating).

In her book, Mara even admits she still has binges and gets anxiety around “bad” foods like bread and pizza…revealing that she has not overcome her disordered eating, but just found a better way to restrict and purge calories. She ended up creating a guidebook on how you too can join her in her disordered relationship with food.

As the Good Morning America panel got closer, I got more and more anxious. How was I supposed to sit there on national television and not address the elephant in the room? That the diet book Mara was going to promote next to me, would not only NOT work for people in the long run, but was actually a toxic and dangerous step-by-step?

For days I wracked my brain.

I knew I would only be able to say a sentence or two, so I carefully crafted my words. I practiced how I would word start out with how I got my eating disorder, and then I’d end with a statistic on how diets don’t work. I knew I had only seconds to make my point, so I was going to make them matter!

The morning of the Good Morning America appearance, I woke up at 4:15am. I made it in a daze to the studios in Times Square, and upon arrival, I nervously chatted with the other panelists in the green room while we waited for directions.

Then the head of production came in…

And she dropped a fucking bomb on us.

The segment, which was supposed to be a 30 minute panel discussion, was now cut down to 3 minutes.

I sneaked a photo of the script below. 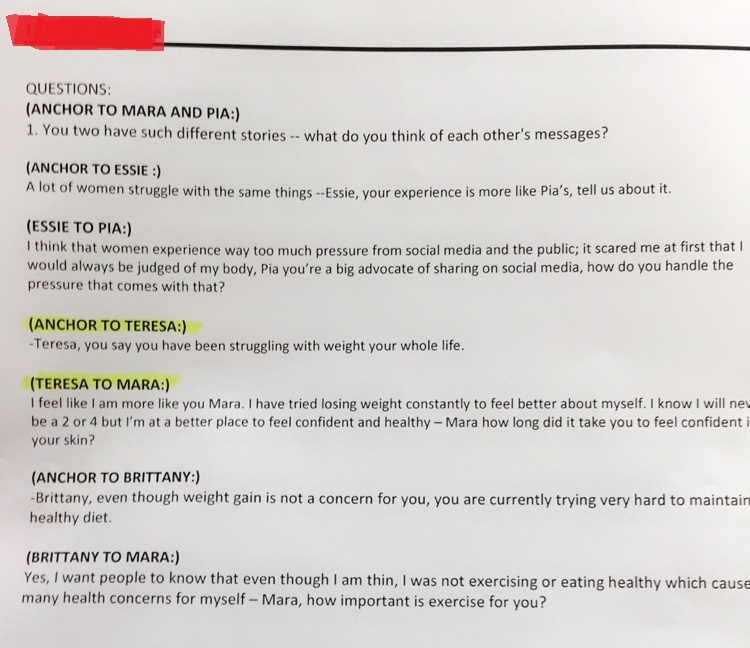 And me? I felt like I was a thin body about to be used on camera to promote someone else’s toxic idea of a “healthy” lifestyle.

Upon getting this news in the green room, one girl started crying. And if I hadn’t spent so much time perfecting my mascara that morning, I would have joined her. 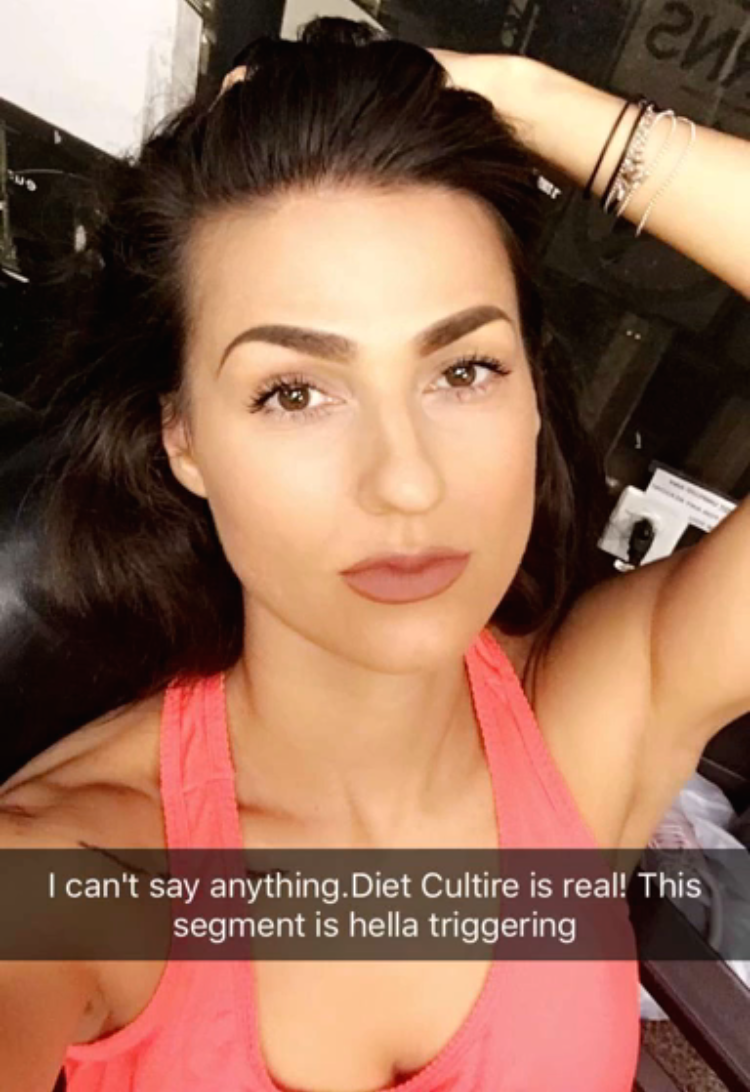 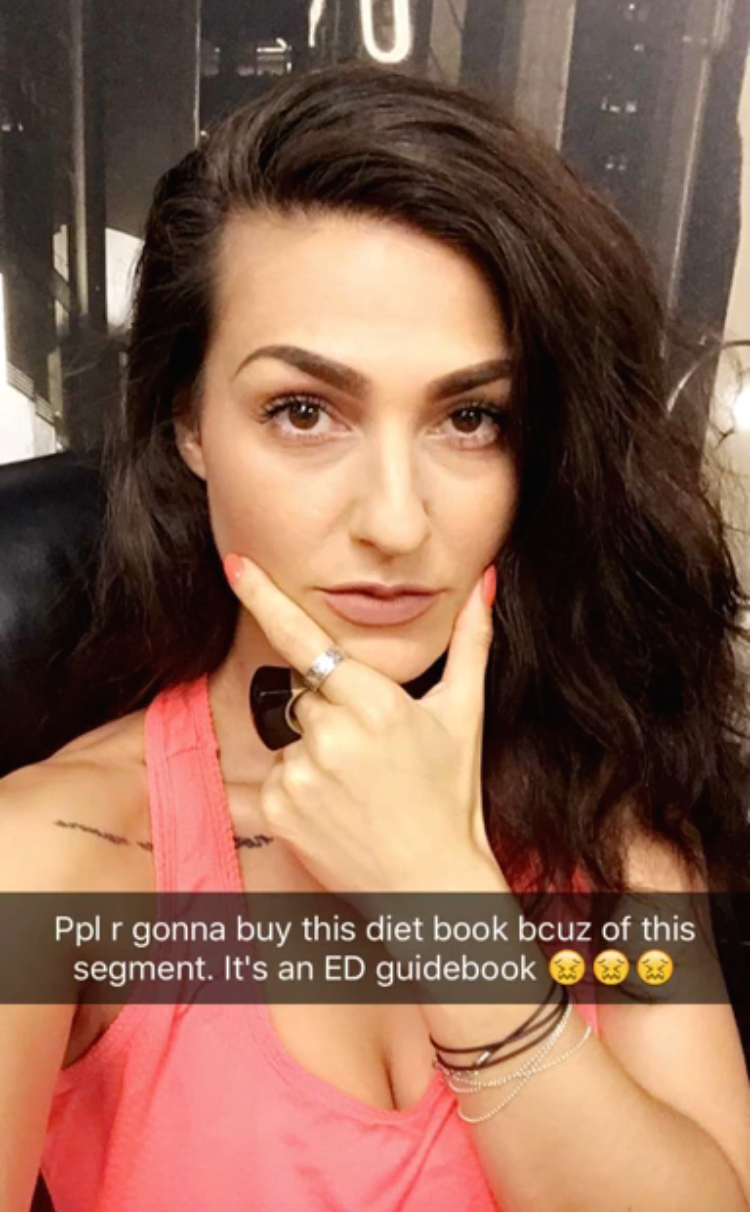 The only saving grace to this entire car wreck….was the Facebook Live segment.

Although not quite national television, nearly 40,000 people logged onto Facebook that morning to watch us have a 15 minute panel discussion. THIS was where we were all allowed to speak…and this was where I knew I had to shine.

I was angry about the way things were turning out that morning, but I re-centered myself, rehearsed the talking points I had so carefully crafted, and at 7:30am, live from the Good Morning America Studios, this happened:

(Video link in case your browser is blocking it from appearing: https://www.facebook.com/GoodMorningAmerica/videos/10153776734867061)

Now, what people seem to forget, is that when you’re on live TV, all reason goes out the window. I was visibly shaking during this segment, and I don’t remember breathing. And while the piece is nearly 17 minutes, it felt like 30 seconds. I forgot my talking points. I forgot to call out Mara for her snake oil book. I forgot all my statistics, and I even forgot to mention that I was also a Compulsive Over-Exerciser.

But did I get to speak about something I’m passionate about in front of 40,000 people on live video?

And did I speak about myself and my story in the best way I mentally could at that exact moment? 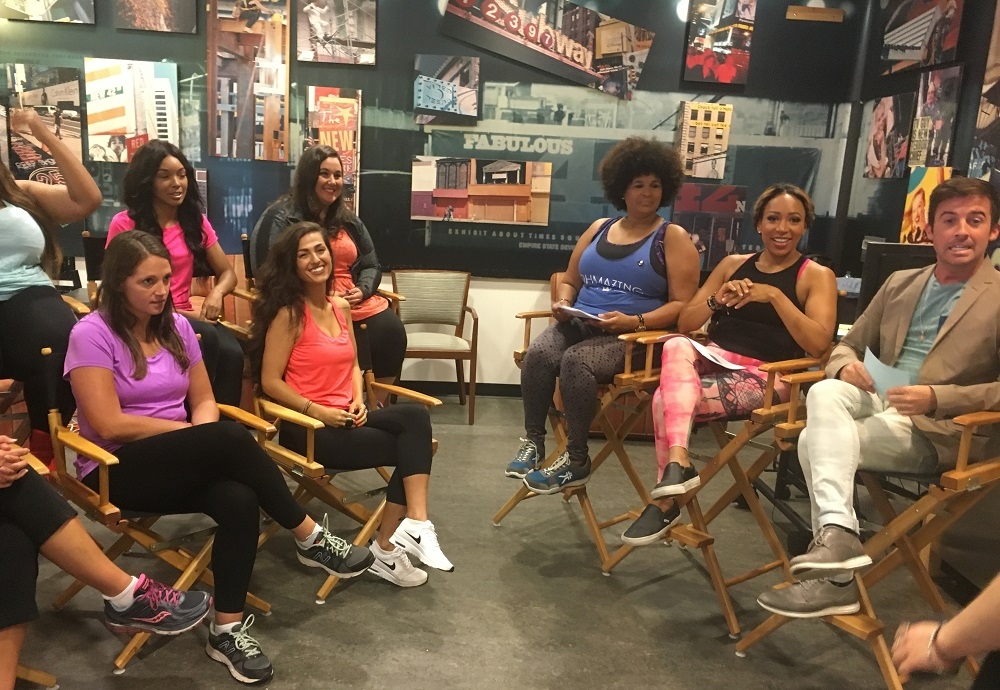 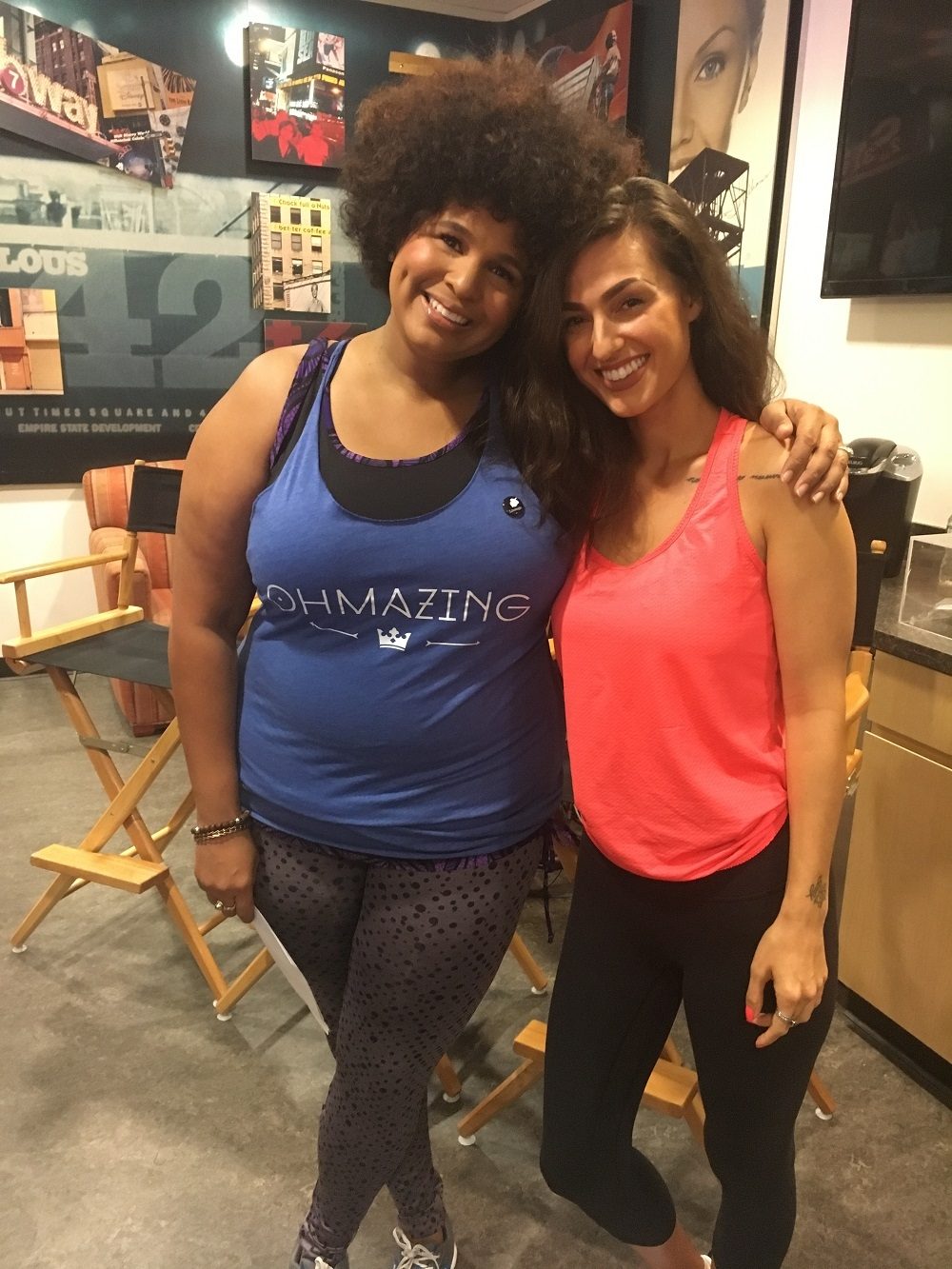 Me with Mara’s sister Pia, who is a body positive activist also. I was on her “team” for the panel. She’s amazing.

Now, I haven’t seen the actual Good Morning America video. I’m not sure I want to. I was there. I lived it. I’m embarrassed of how it went down. And I feel that my image was used as a prop to support something I am very much against.

But here is the link for any of you interested in watching it: http://abcnews.go.com/GMA/video/sisters-body-images-journey-acceptance-40874153

And here’s a screenshot my friend sent me where I’m desperately trying to bite my tongue. Inside my head I was just chanting RIOTS NOT DIETS over and over again to calm myself… 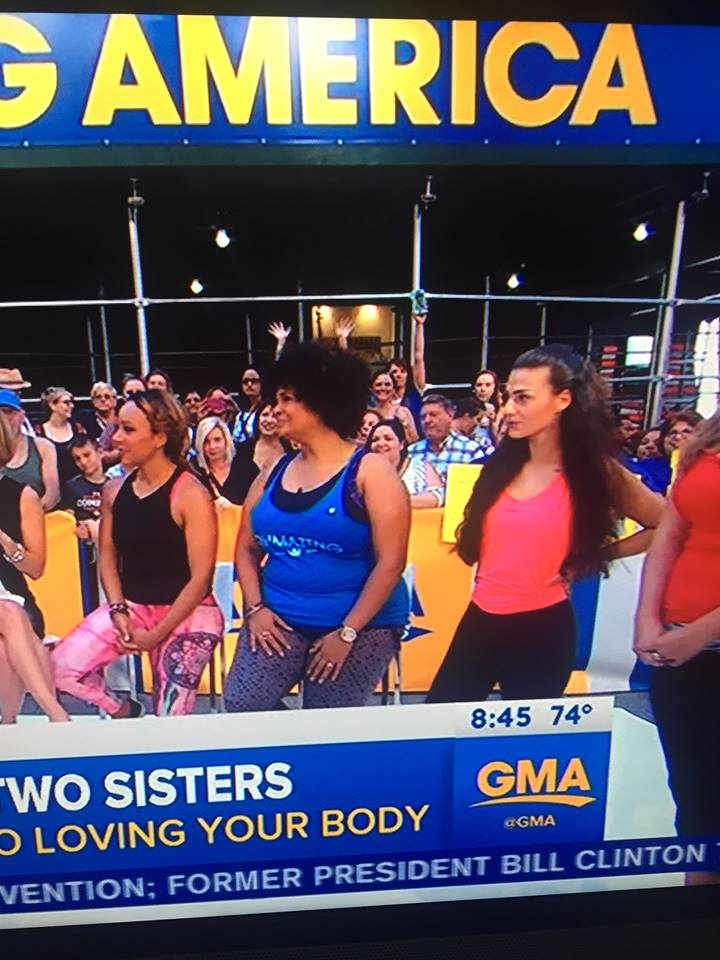 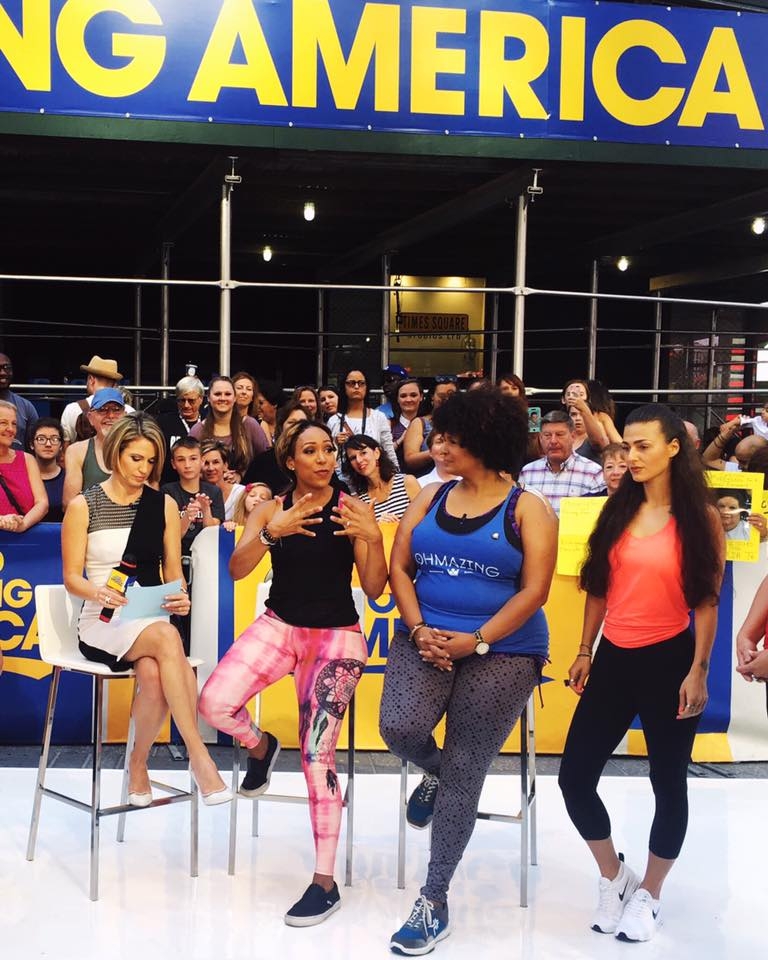 I felt like I was just an extra. Like a yoga enthusiast there to help balance out the fat girls. In all honesty, I almost fell over when we did the tree pose. Partly because I have bad balance, and partly because I was disgusted we had to do yoga when that time could have been used for a healthy discussion instead. 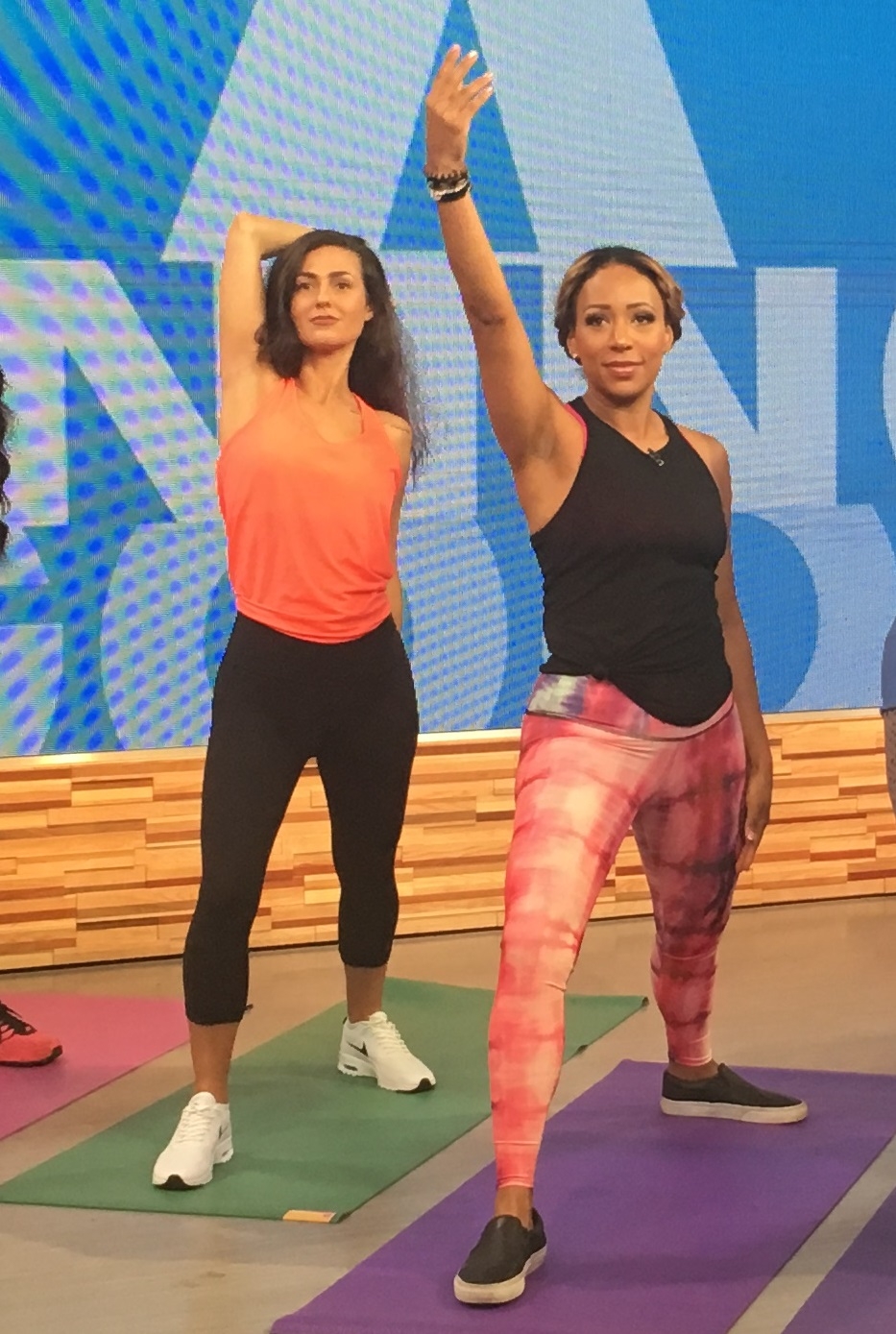 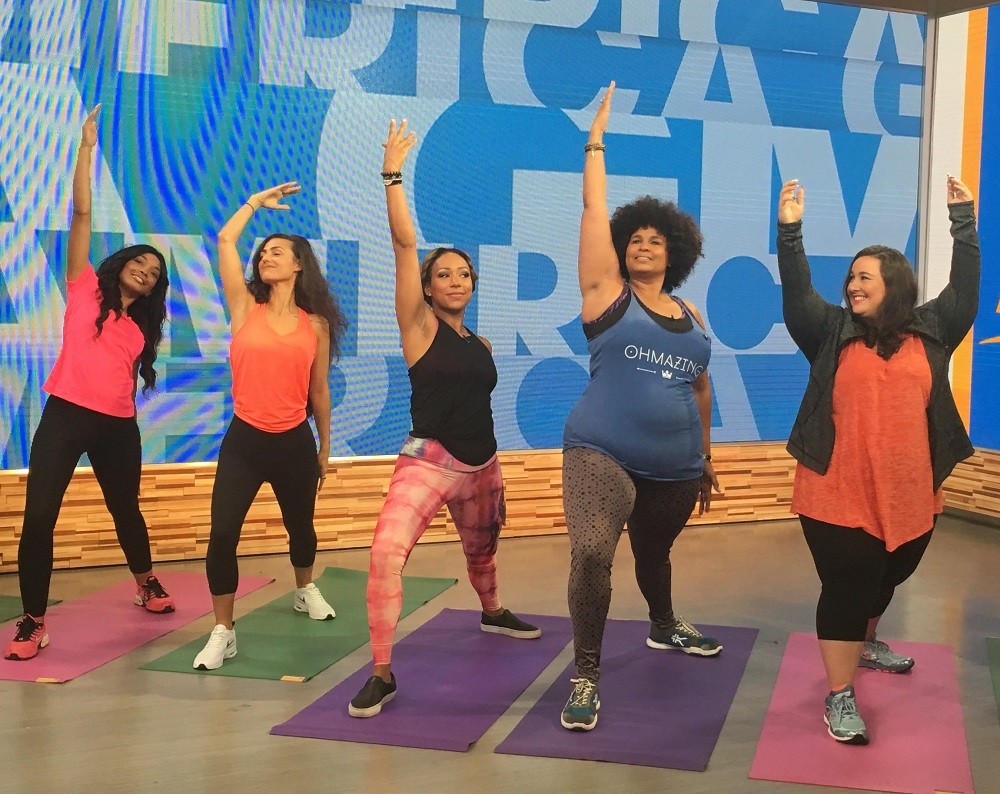 So what does all this have to do with the having the confidence to stick with your convictions?

Right now, my blog, my Instagram, my Snapchat, and my Facebook, are all flooded with my honest true feelings about how the entire event went down. Sure, I could have kept quiet and just been grateful that I was asked to appear on live tv. I could have kept my opinions to myself for fear that by speaking out I’d forever burn bridges at ABC and ruin my chances of being asked to do this again.

But tell me….Who would that help?

But would it help my cause? Would it expose the realities of the media for all to see? Would me keeping quiet align with my convictions of smashing diet culture and saving people from self-hate and eating disorders? Would I have been better if people just thought I was cool because I got to be on tv for a few minutes?

The answer to all of these questions, is a big, fat, NO!

At Good Morning America this week, I saw a lot of wrong. When I first found out that we had to wear gym clothes, I wanted to press them via email and find out exactly why yoga poses were necessary. But I didn’t. I was scared they would just say, “You know what, Dana? Nevermind, we don’t need you!” 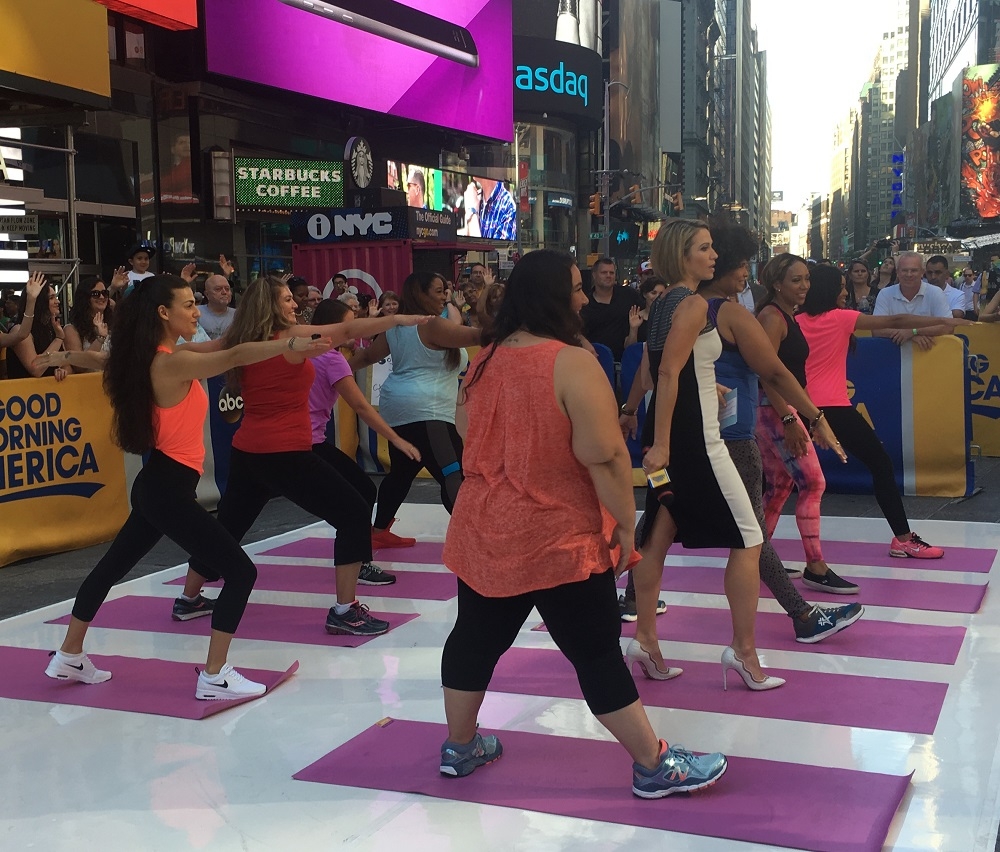 In the beginning of this process, I was afraid to make waves. I thought I was supposed to just be honored for the opportunity. GMA is a huge tv show, and I was just lil’ old me…a one woman army marching to her own drum.

But instead of holding onto the feelings of not being strong enough or famous enough, I decided that the only way I could be happy with myself in this situation, was to BE myself. That morning when I arrived, I found the confidence to ask questions. I held onto that same confidence during the Facebook Live segment, and I’m still holding onto that same confidence right now. It’s giving me the courage to bash Good Morning America and let the bridges I burn light my way.

I learned a lot from this experience, but what I took away from it all was this:

Never stop believing in yourself.

You have the confidence and the ability to change the world, one conviction at a time. 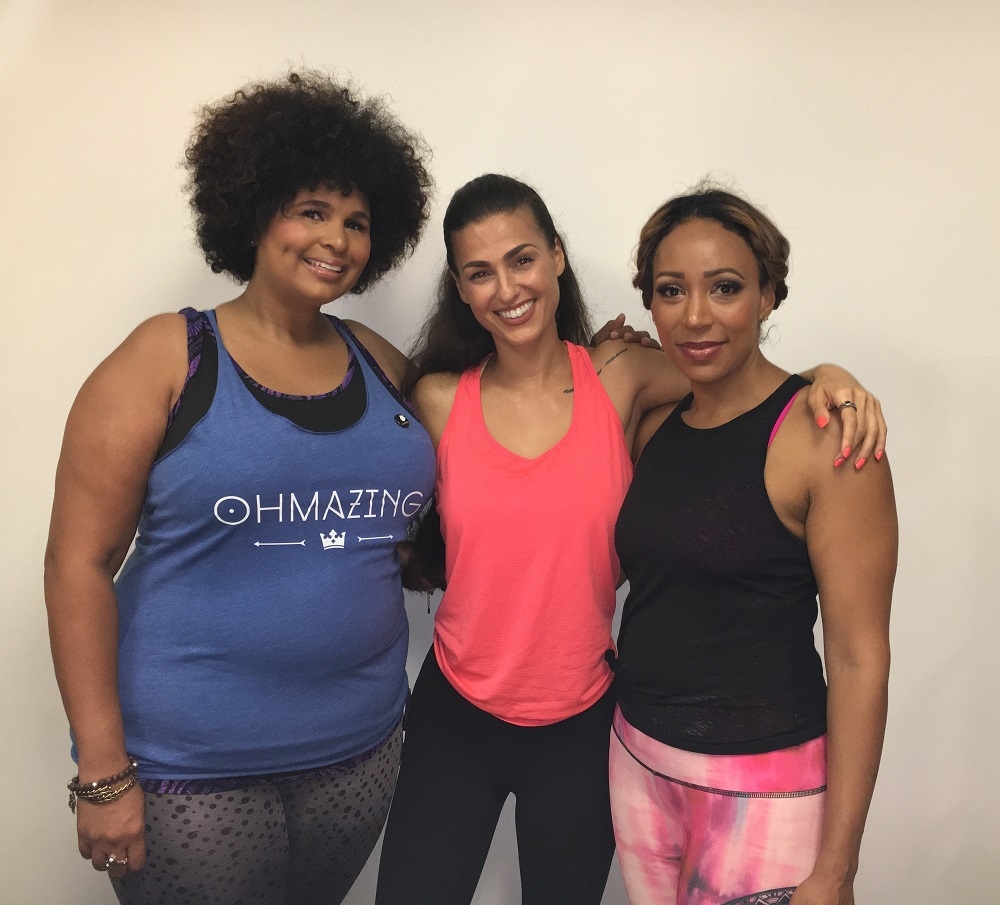 Pia, Me, Mara. I had an inspiring discussion with both of them after the show. I’m hoping I helped persuade Mara, even if just a little bit. 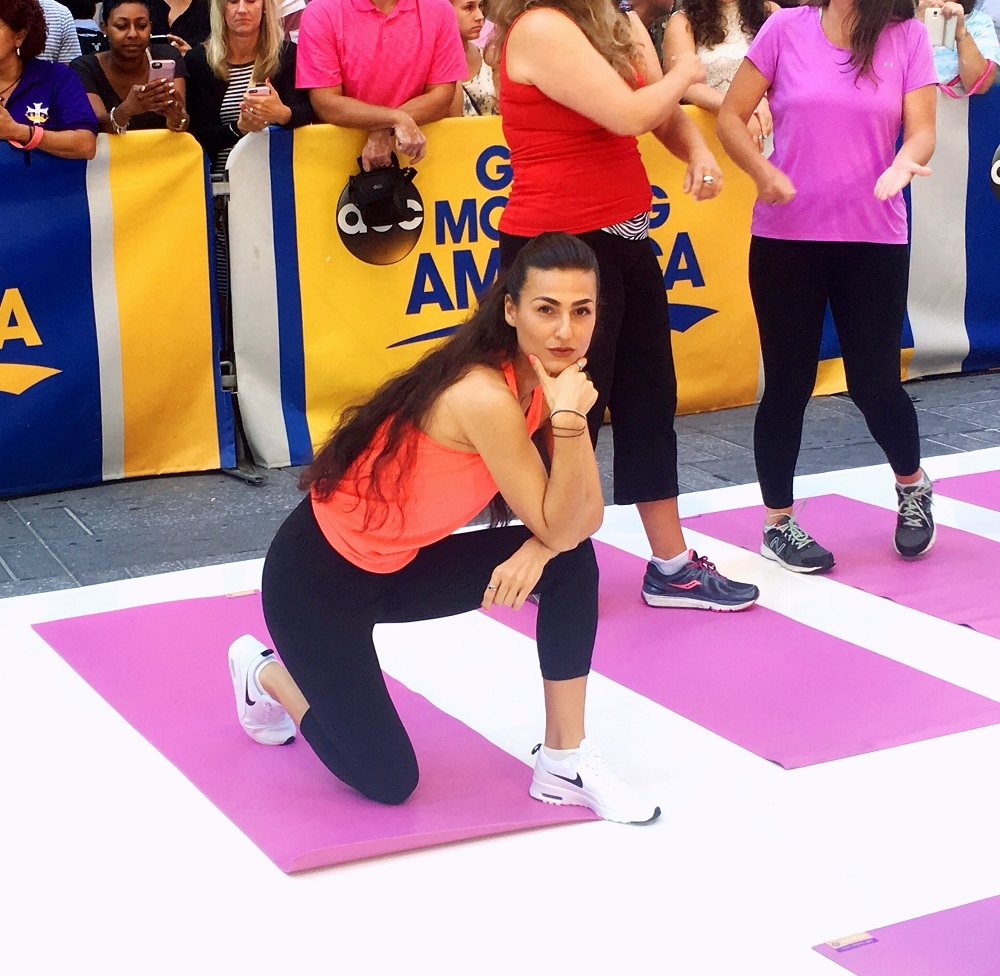 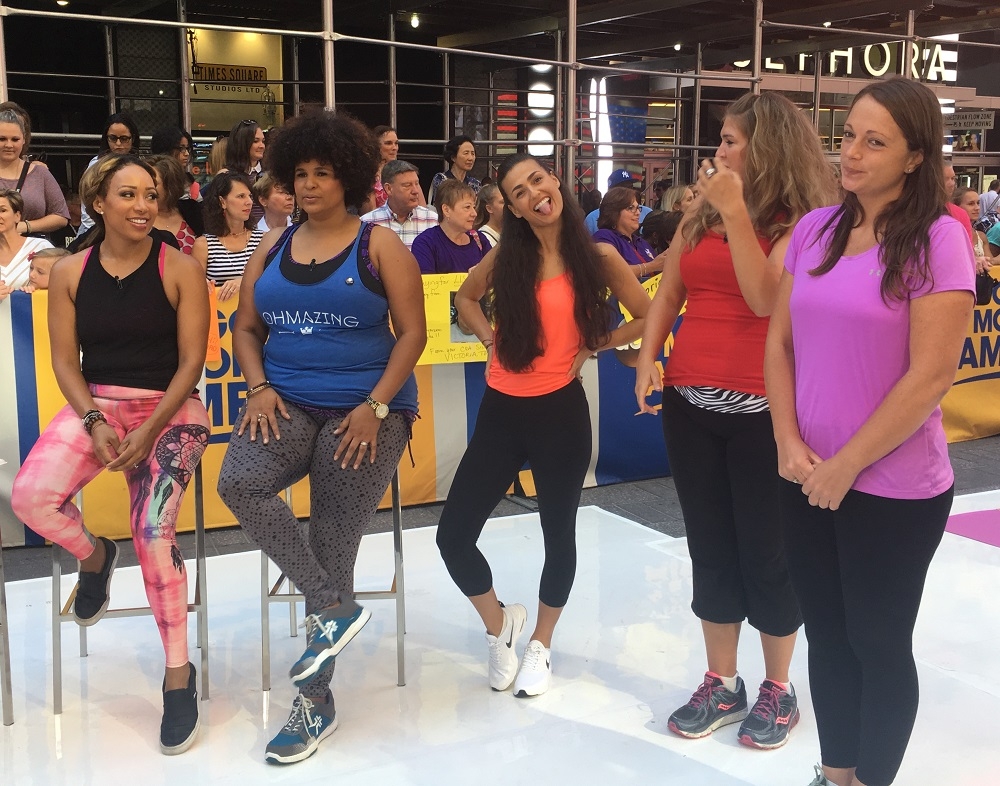 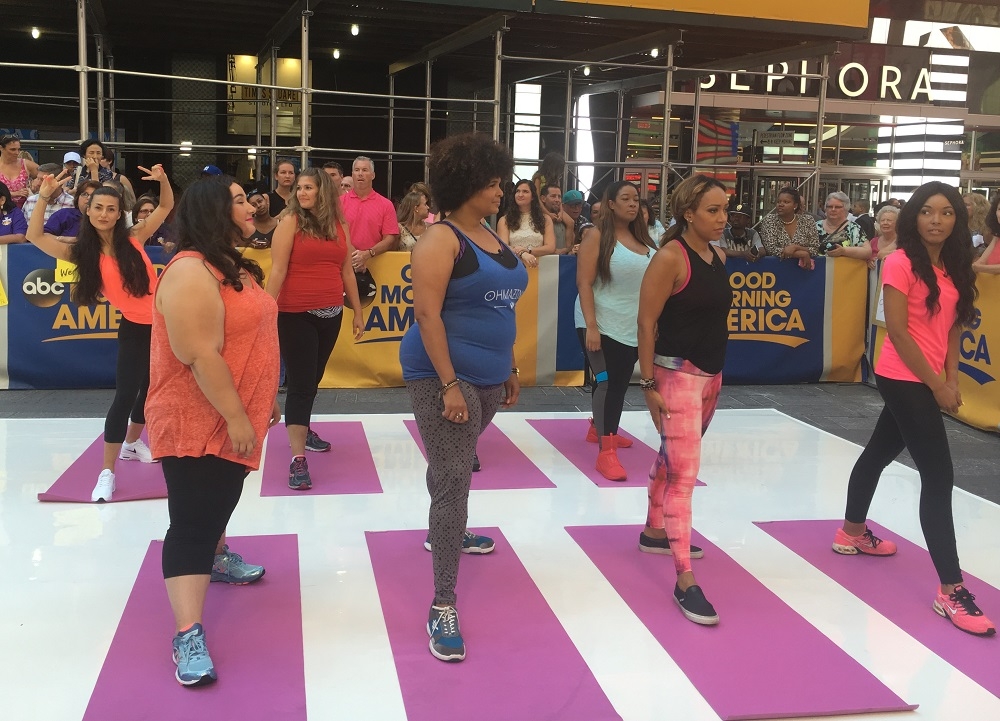 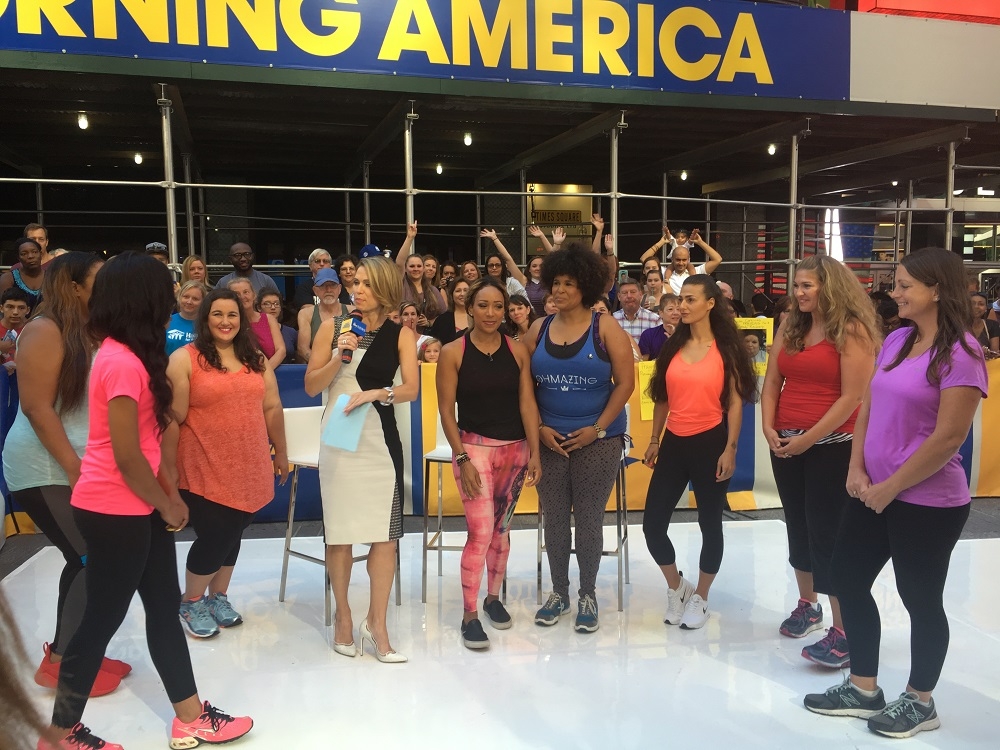 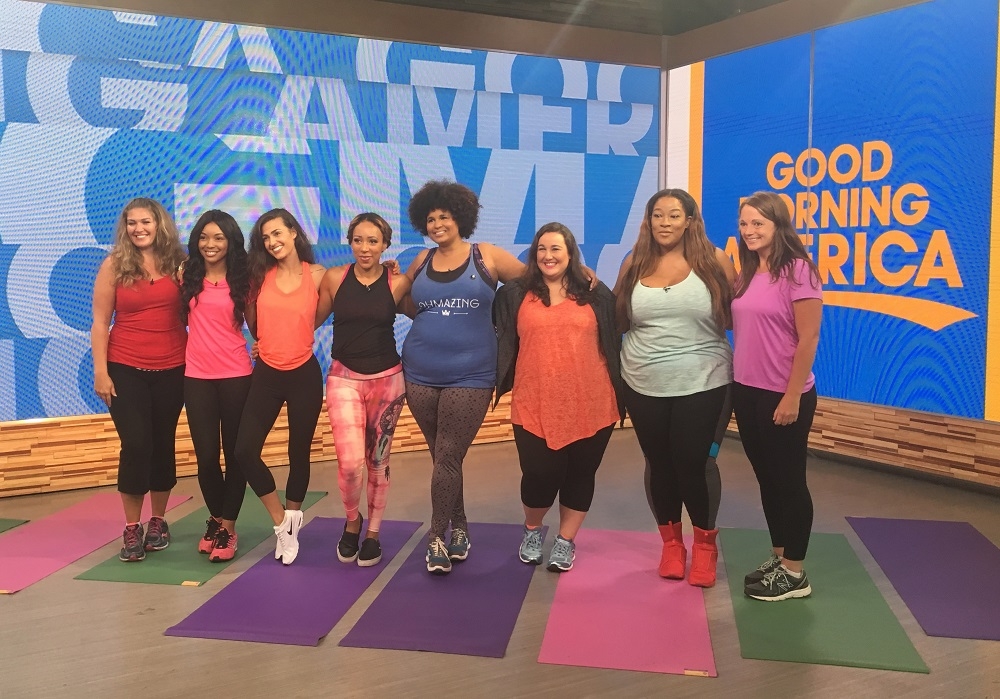 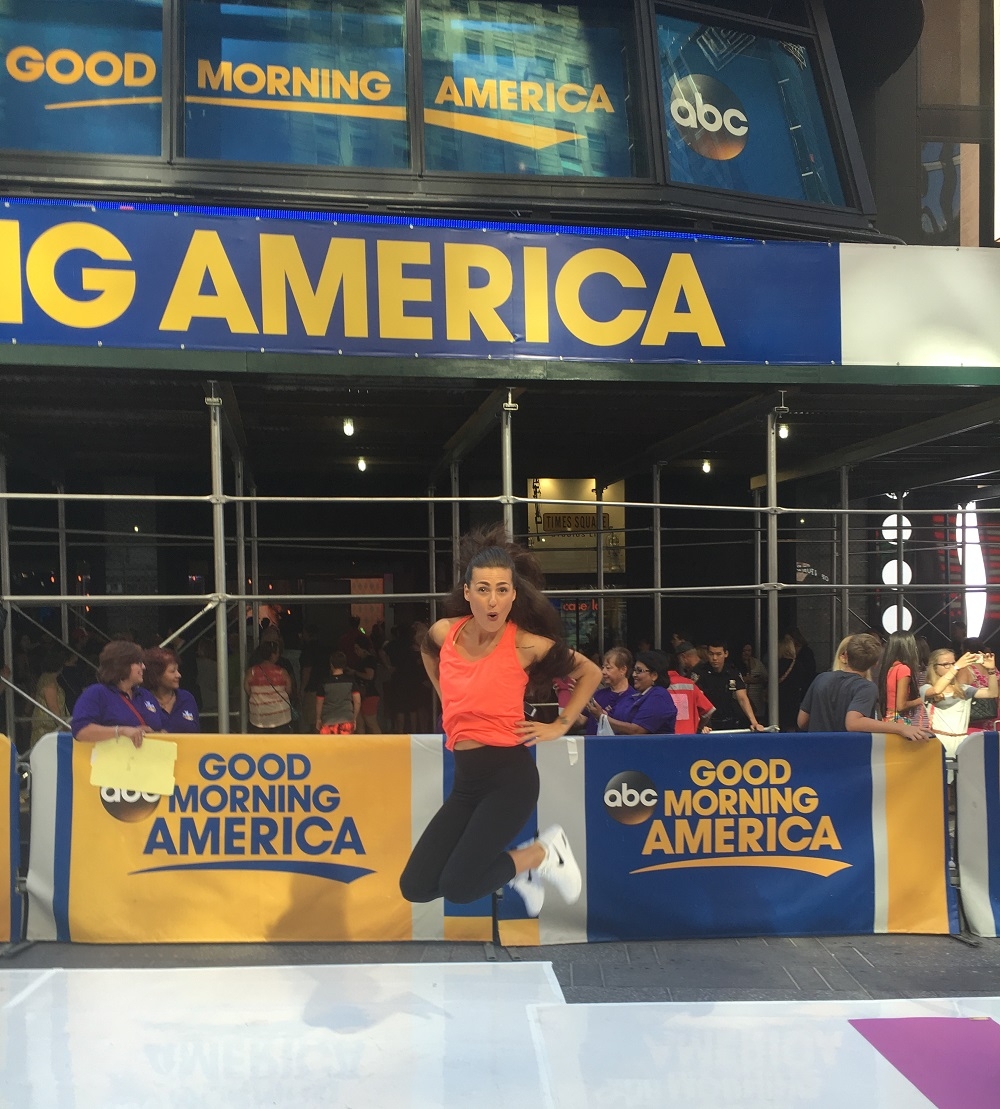 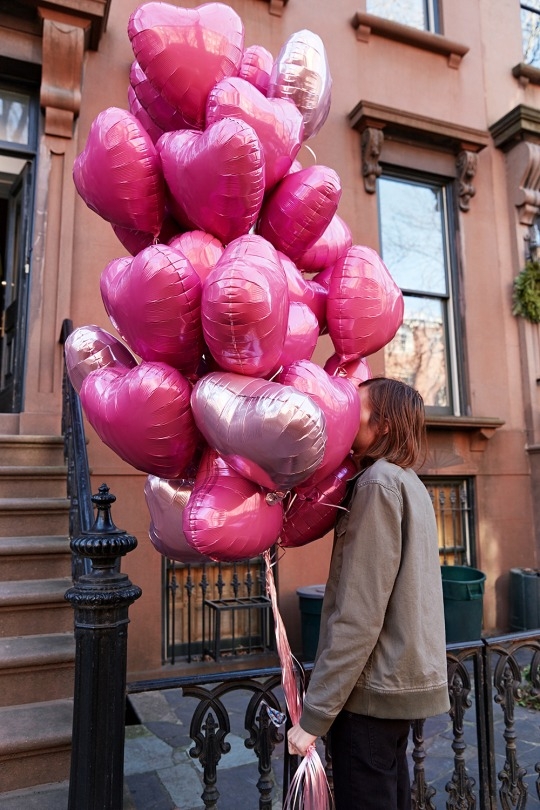 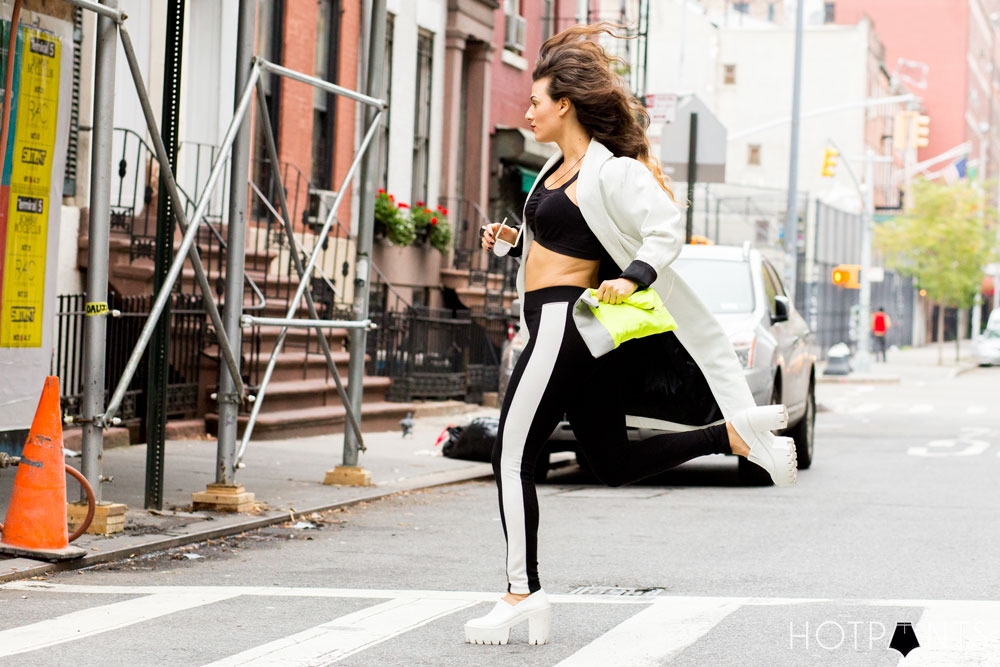 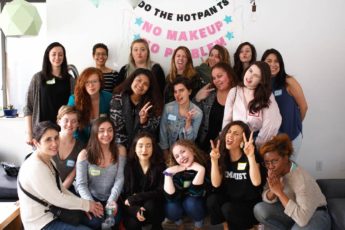 Next post »
I’m Going to be on Good Morning America!