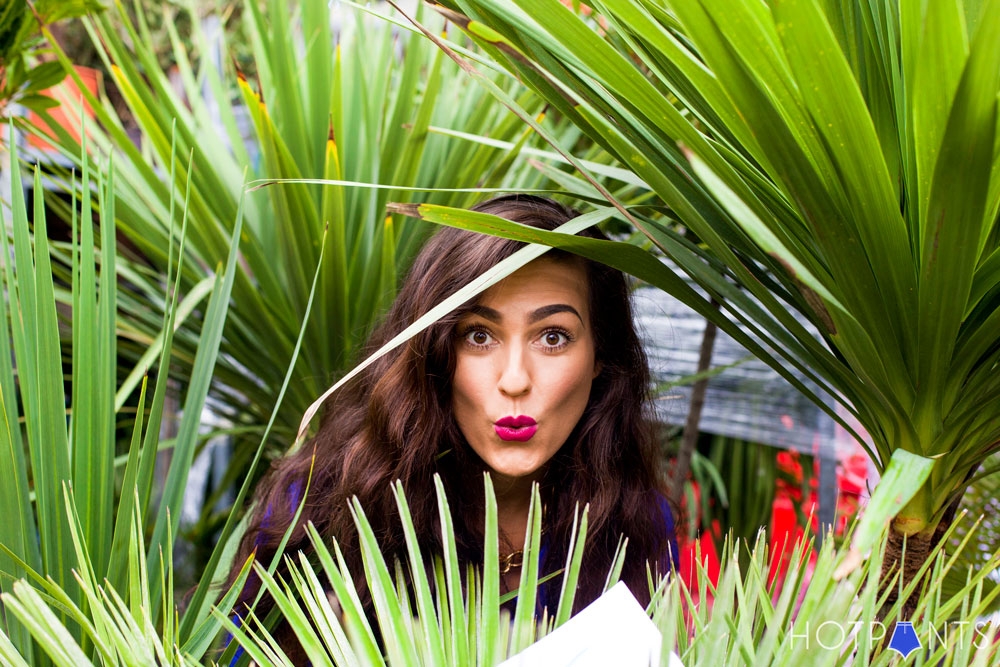 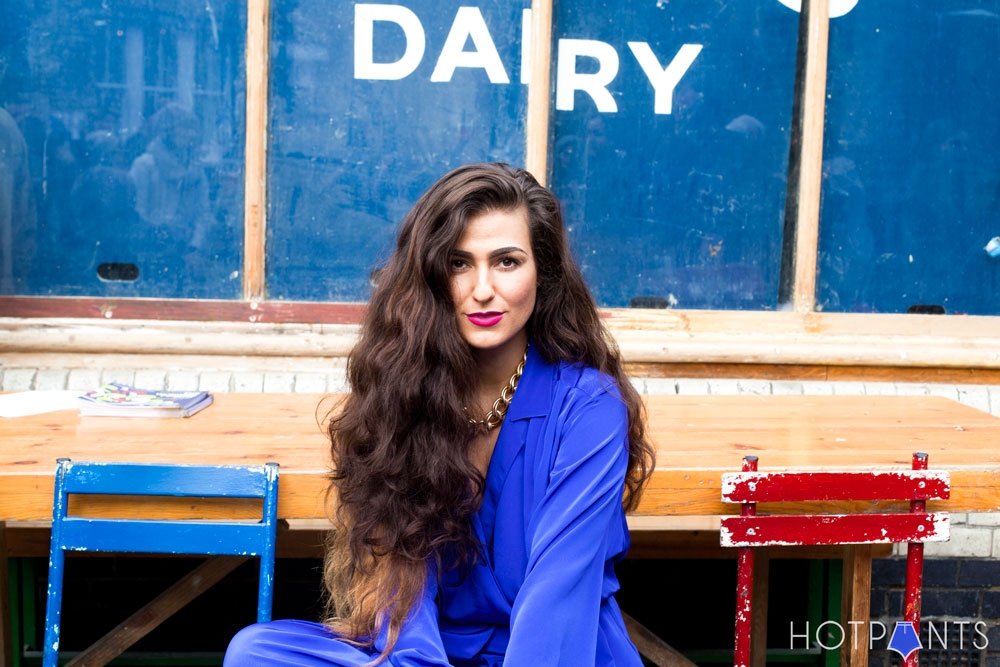 I miss the colors and the vibrance of the city!

And I miss the friends I made, like Laure, who took these photos. 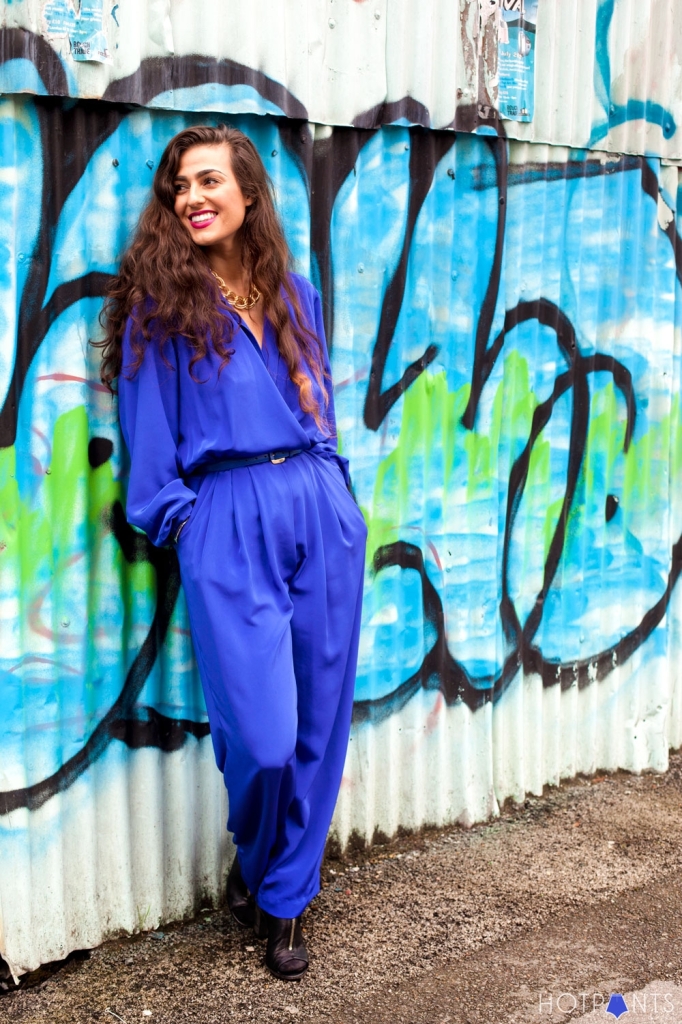 Everywhere you go, there’s a graffiti mural, or an old beautiful building, or something colorful to stand next to. 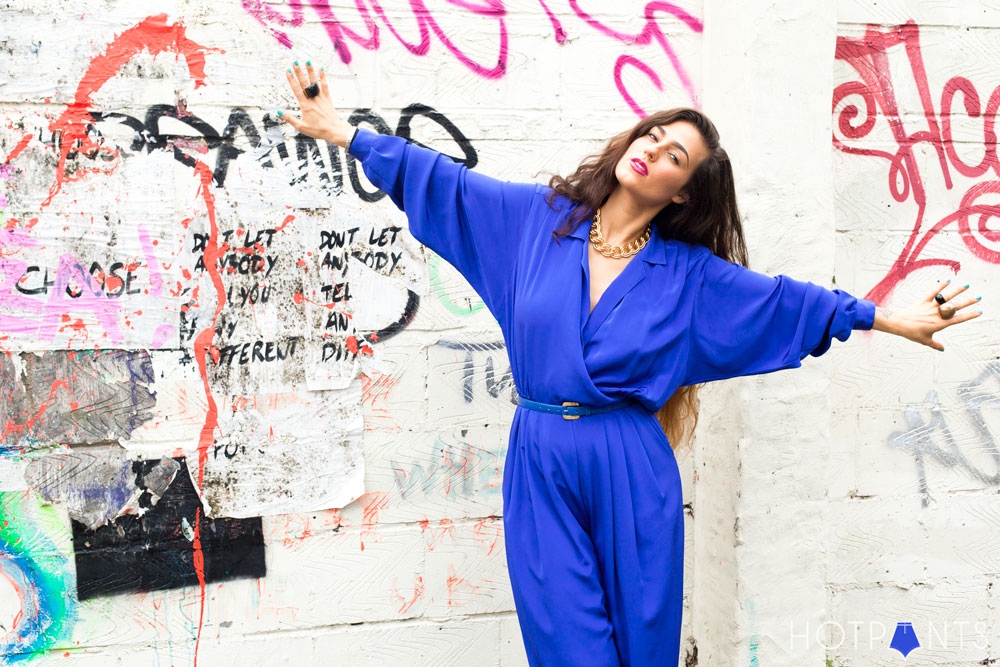 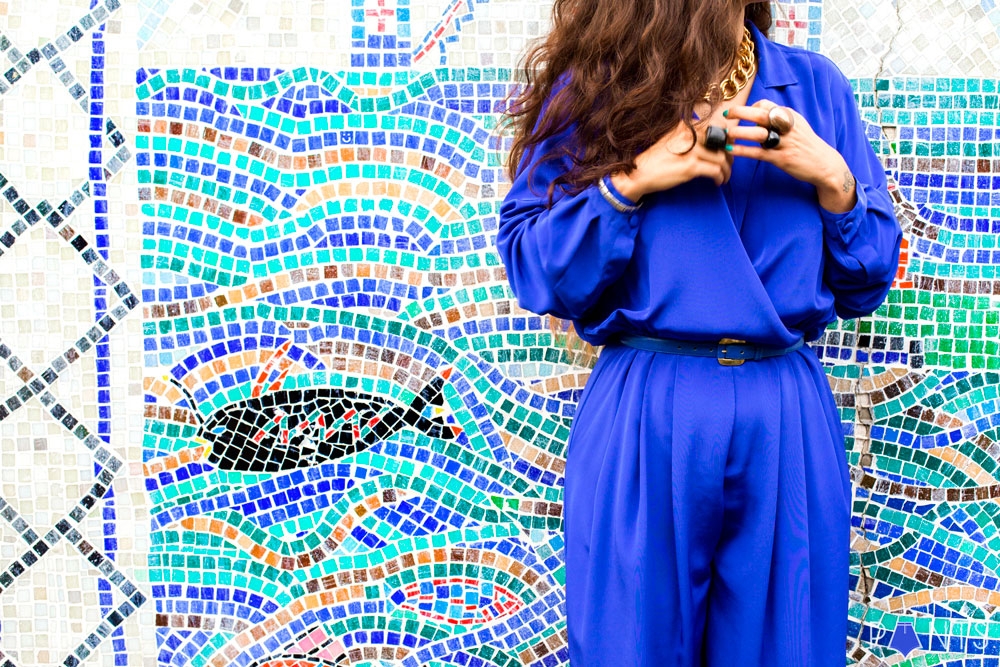 Like these chairs for example, which were just BEGGING to get planked on. 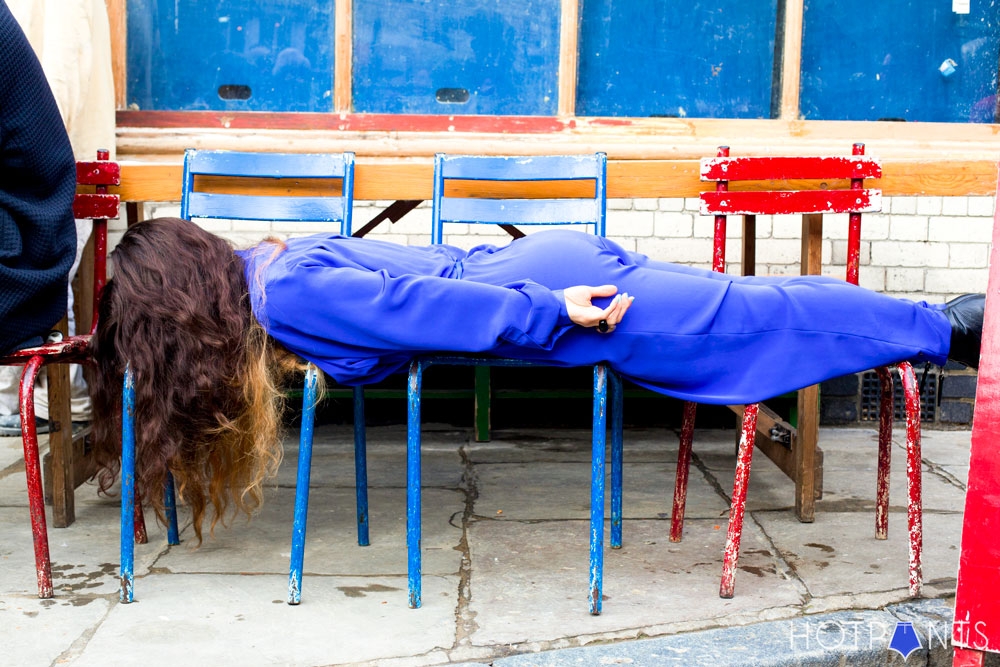 Laure took me to the flower market that was just minutes from her East London flat. 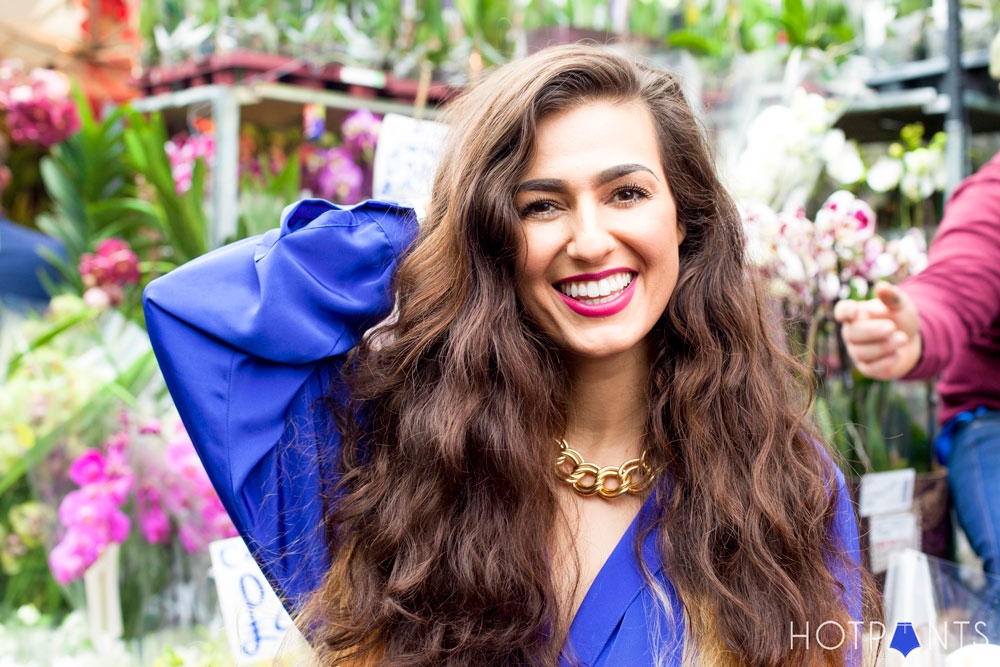 It was super crowded, but we managed to find tiny pockets of space to shoot. 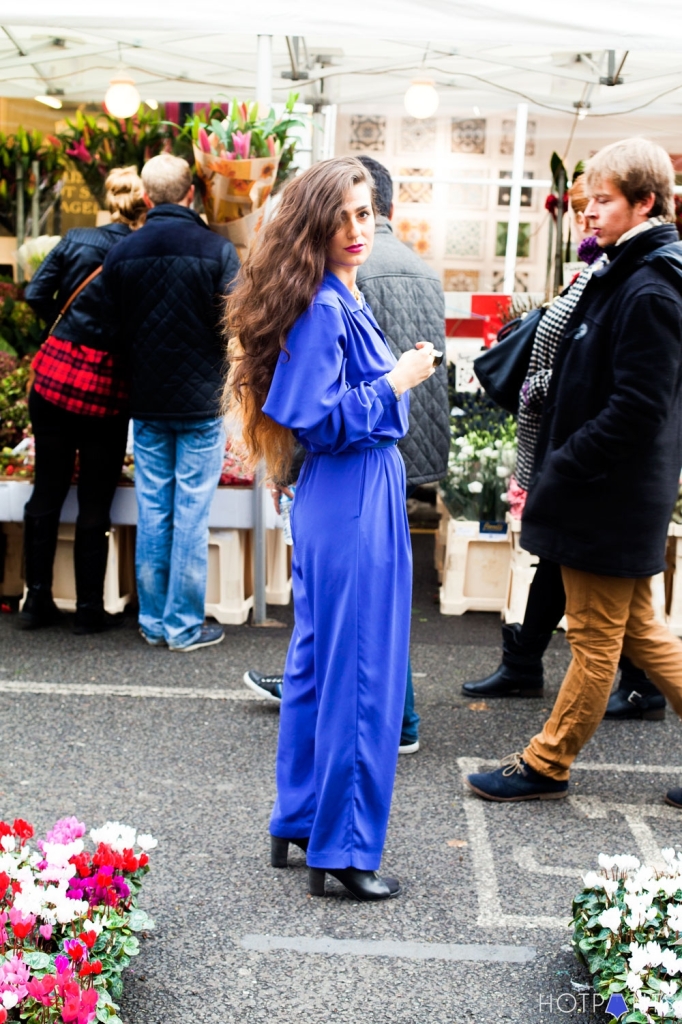 I think my hair looks so cool against the blue jumpsuit :) 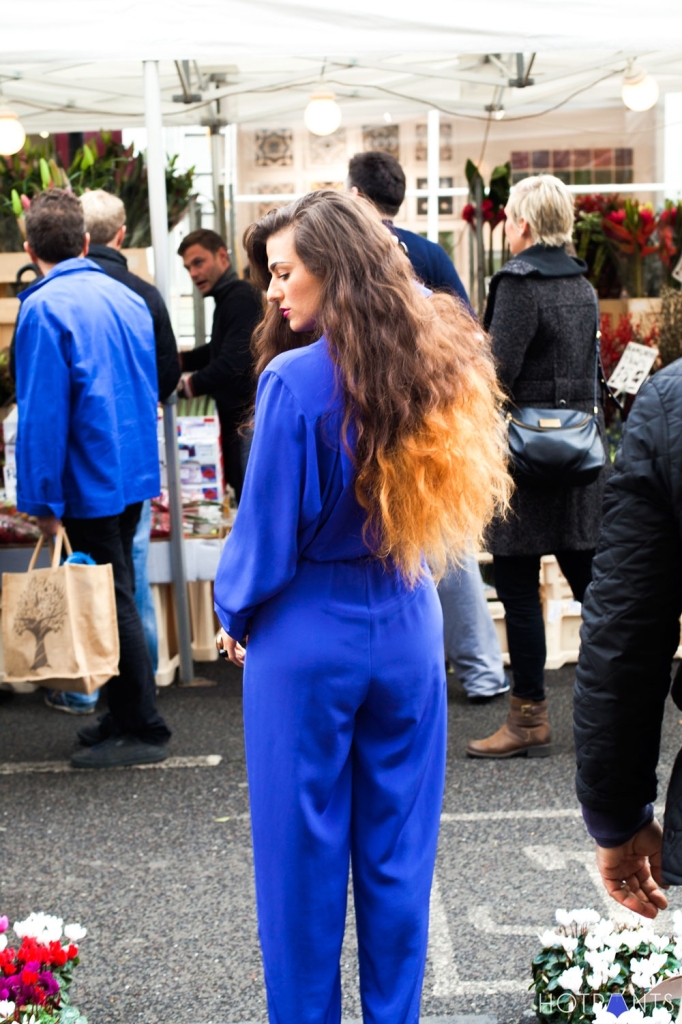 I was SO overdressed that people thought I was famous and wanted to get a photo with me.

This guy who worked at the market got in on the action. 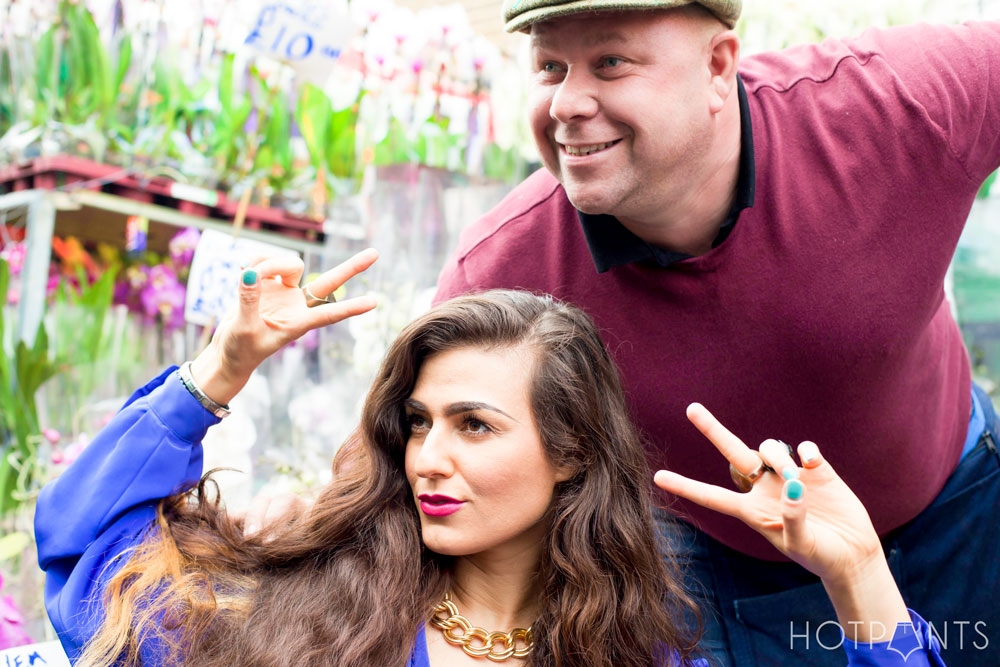 (I got yelled at for climbing in this one crazy lady’s booth, but this photo was worth it!!!!!)

But look at how GREEN AND LUSH London is. WTF!

New York landscape is so brown and gray compared to this I’m getting depressed just putting together this post! 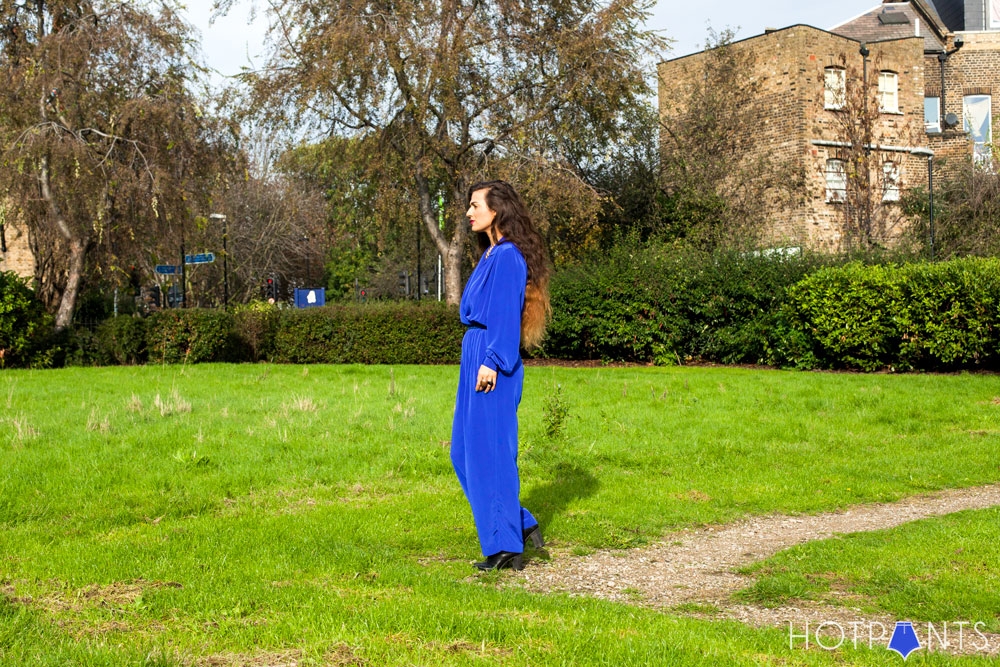 Another thing I loved about London is that people were much kinder to each other than in the US.

British people may have terrible food and a weird sense of humor, but to give you an example of what I’m talking about, I had a long discussion about racism with a British coworker. Towards the end of our convo, she said something that really made me think.

She said, she never realized she was “Black” until she lived in NYC for a year.

In that time she was followed in stores, unable to get cabs, and treated differently because of her skin color….things she had NEVER experienced in her 30 years of living in the UK.

Now I understand that NO city is perfect, and London has its share of problems just like any other place, but I just want to get you thinking. We are not a post-racist society….not yet anyways.

Do you know of a place that treats all genders and races fairly???

Because Hotpants is looking for a new city to move to!!!

Chime-in with your suggestions in the comments below :) 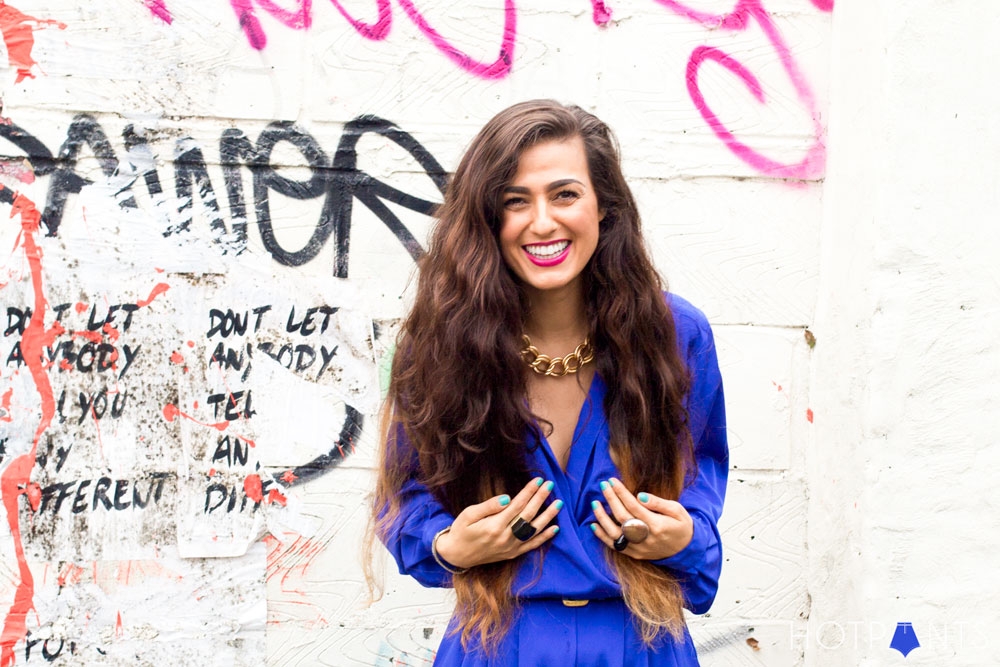 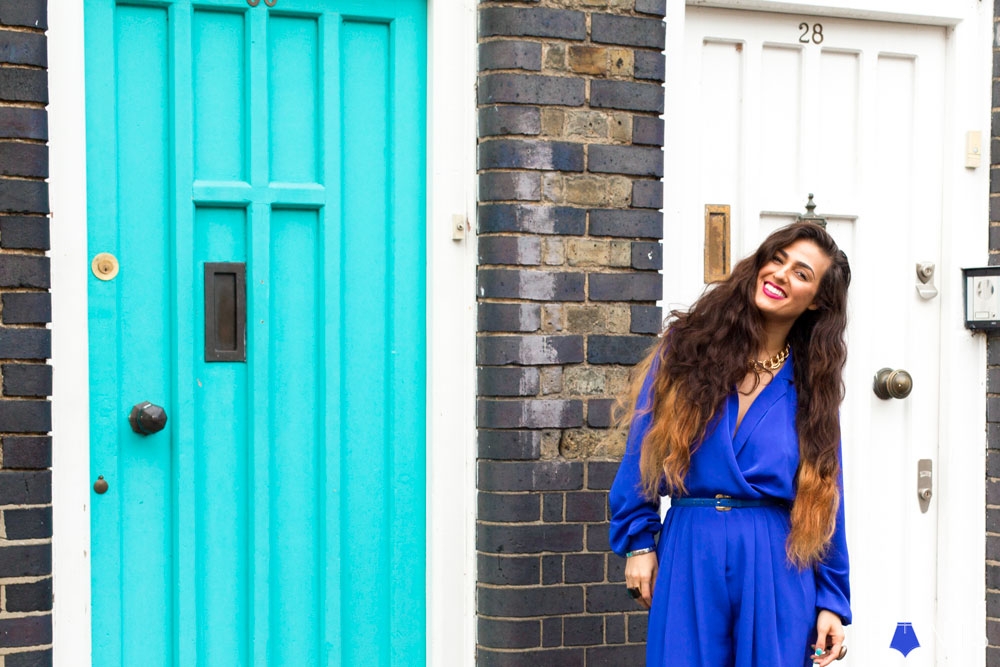 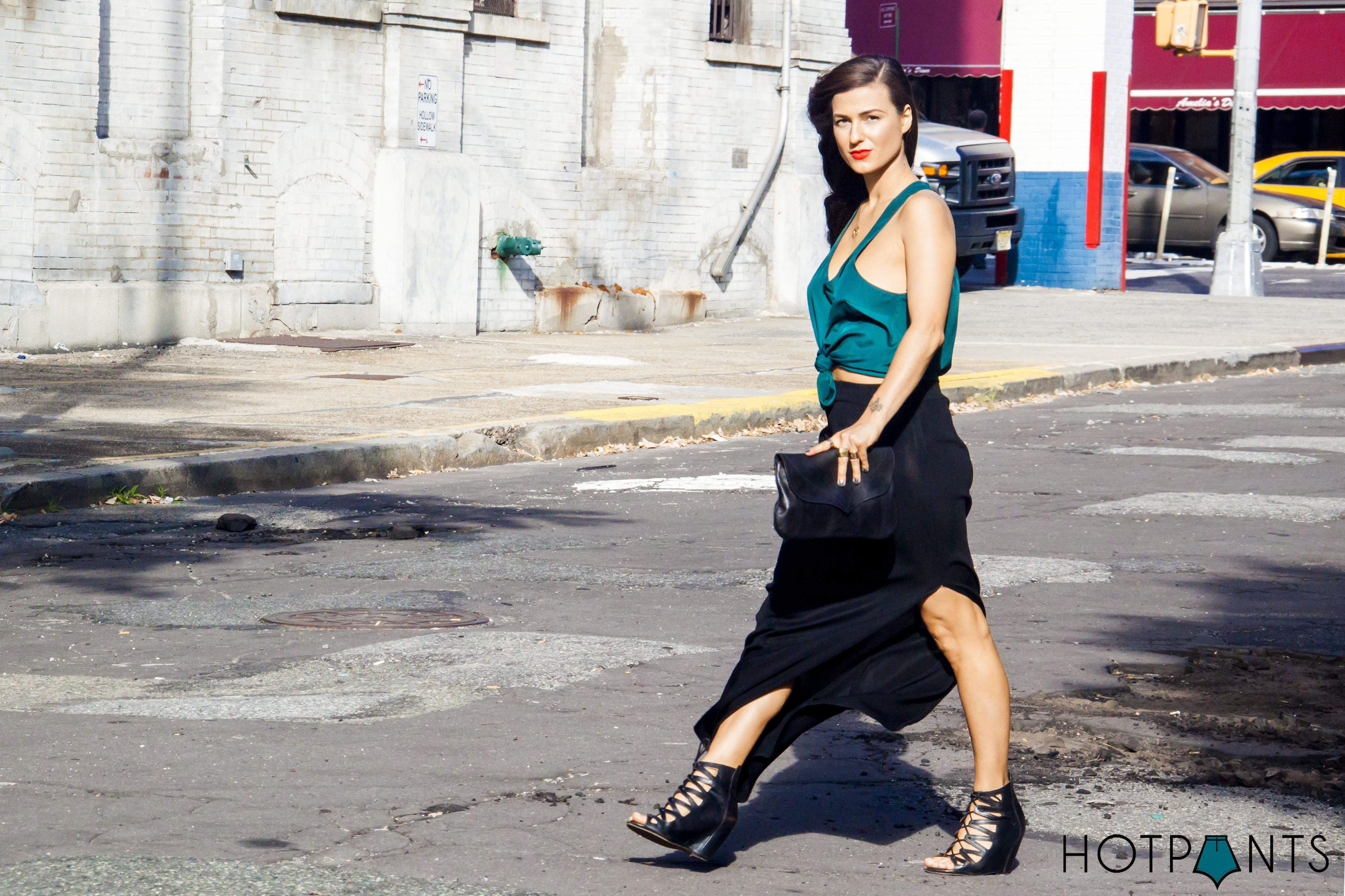 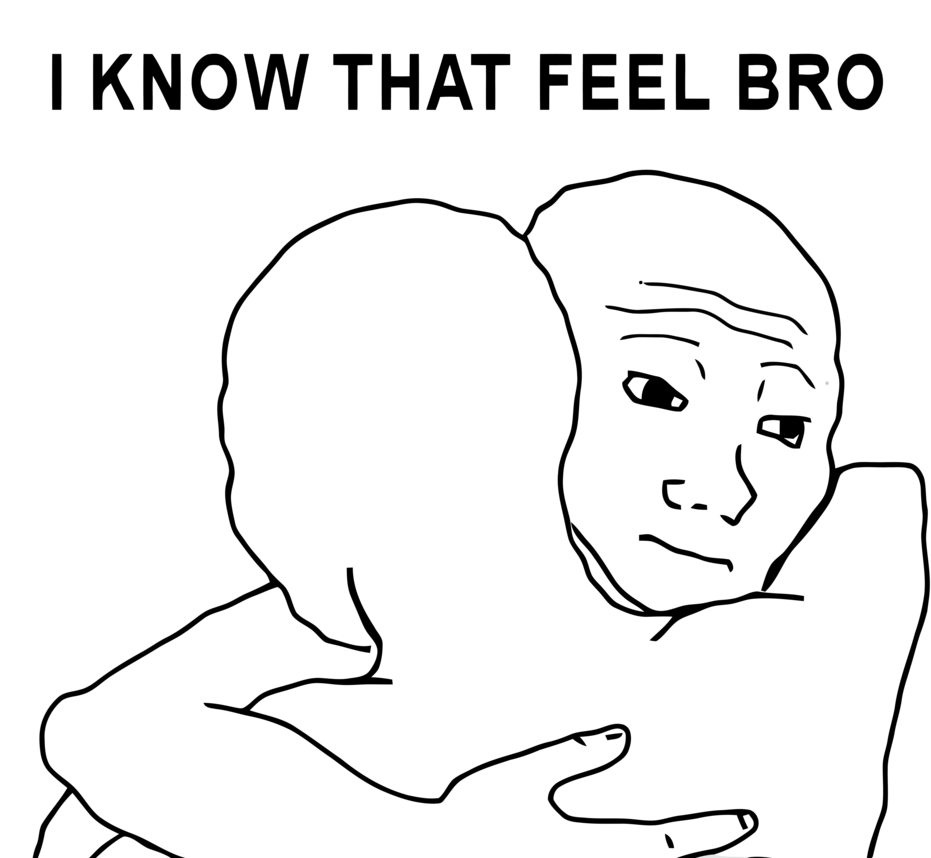 Shit To Make You Feel 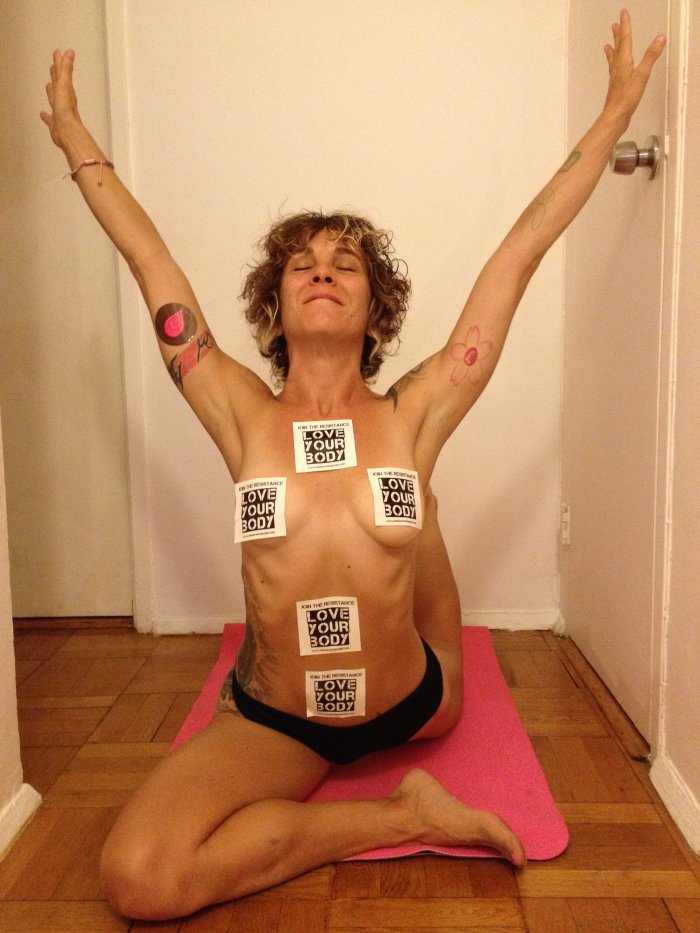