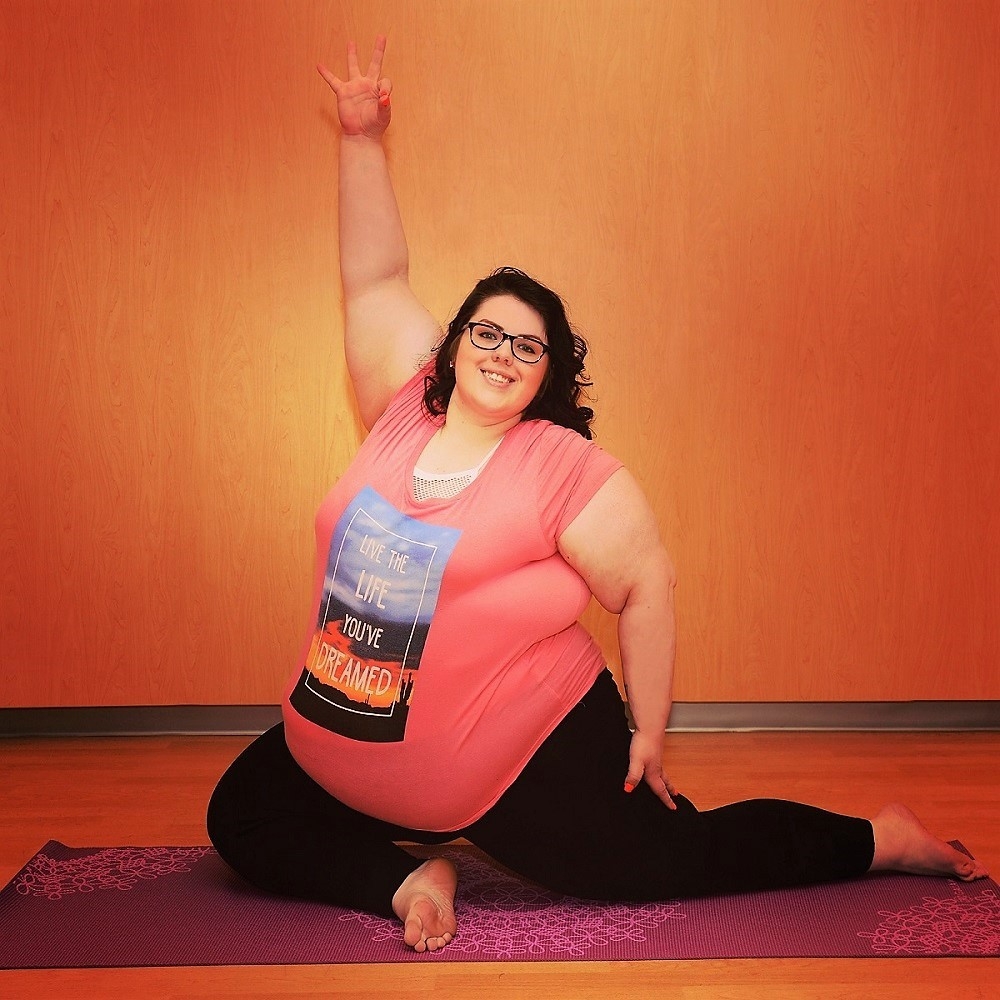 #MyBodyStory is a series of reader submitted pieces about what it’s like to live in your body. The opinions expressed in #MyBodyStory articles are the writer’s own.

Do you have a story to share? Send it to Story@DoTheHotpants.com

Because every body has a story. And every story deserves to be heard.

And now, without further ado, here is Bri’s body story:

My relationship with my body started at roughly age 5. I remember being on the school bus, coming home from school and sitting next to my friend- wondering why my thighs were bigger than hers. Mine did this sort of “bulge out” type thing, but hers didn’t. I didn’t understand.

That caused my body image to worsen, bullying eventually picked up in school, and before I knew it, I HATED myself.

My mom always told me that I had such a pretty smile and that I was so outgoing. This was true, but what about the rest of my body? I was fat, and at the time, that felt like the worst possible thing that I could ever be. 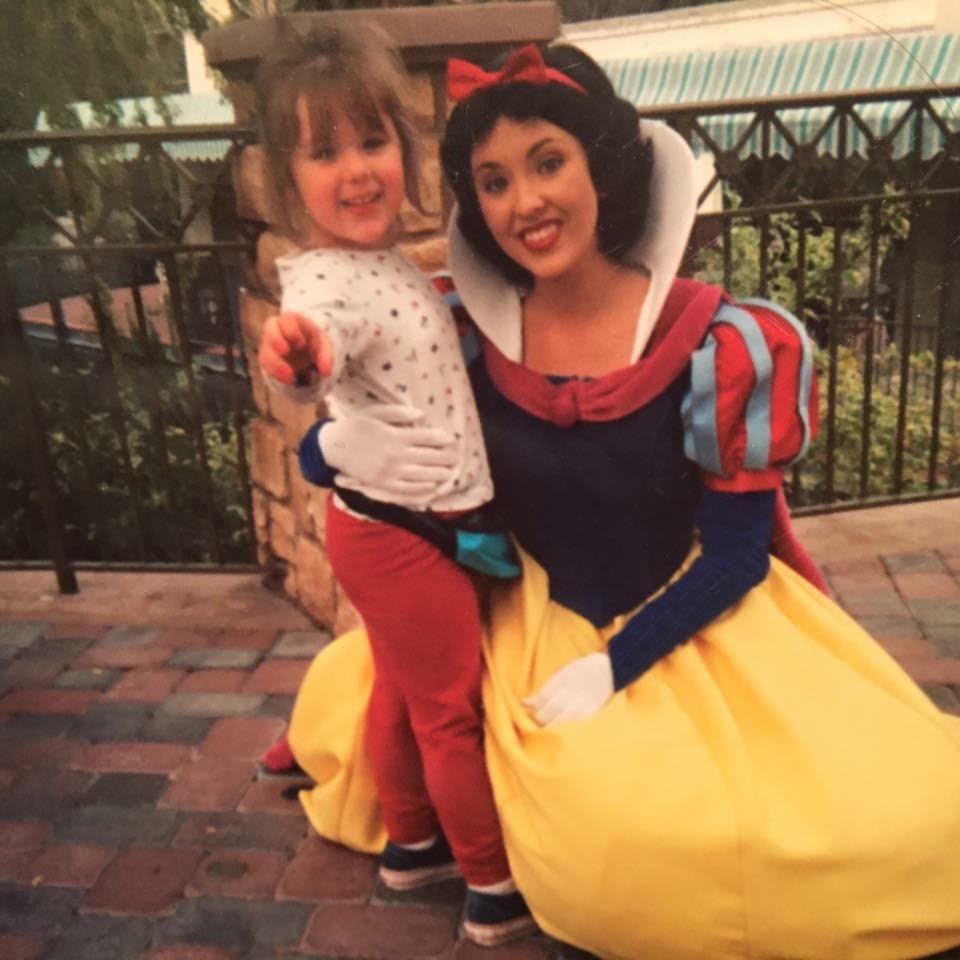 In second grade I remember talking to a friend who was also in the second grade, about the new Special K cereal. The box said I could lose up to 5 pounds in a week! I was thrilled, and she was excited for me to start.

I was in the third grade when I went to a birthday party at a rec center and refused to rock climb. I lied and said that I was scared of heights, but really, I was too scared that the harness wouldn’t fit me.

Right before 4th grade started, I began having constant back pain. I kind of brushed it off though because after I went to the doctor, they said that it was “just weight related, and if I lost weight, it would go away.”

At this time, I was starting to play competitive soccer. I was bigger than everyone on my team, but I loved it. It was the one thing in my life that gave me any sort of worth. 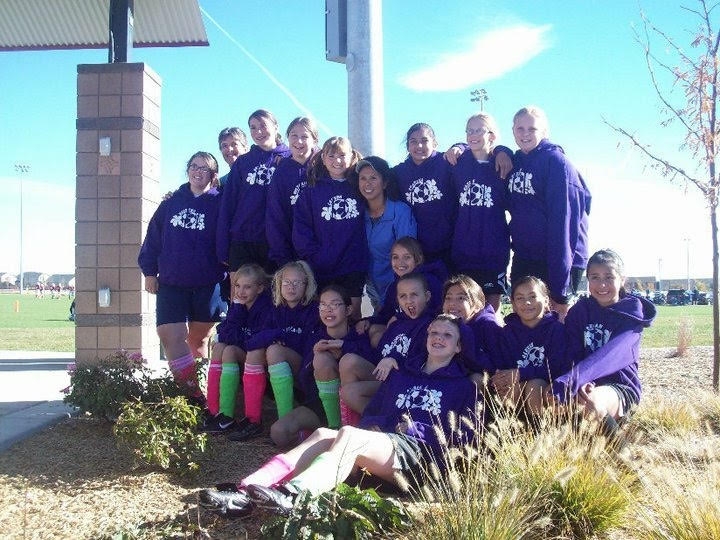 When I was in 5th grade, I got my period. At just 11 years old I was devastated. Not only was I the first one of my friends to get it, but I got it at school, and my flow was extremely heavy. Something that nobody would expect to see with an 11 year old.

My back pain began to worsen rapidly and I still tried my hardest to brush it off. After all, how could I go back to the doctor? They’d just weigh me and continue telling me my back pain would be cured with weight loss.

Middle school came with much more confusion, doubt, and hate towards my body. All of the sudden everyone was focused on the latest fad diet. Hair and makeup had to be perfect and you just HAD to be sitting at the “popular table” to even stand a chance at getting noticed.

Soccer got harder as my weight increased, and eventually I quit what had been my passion for 10 years.

I was now embarrassed to go to the mall with my friends. I knew they’d look at clothes and I was terrified they’d find out my size. I couldn’t risk it so I stopped going out.

Depression finally hit me really hard in the 8th grade. My insecurities hit me like a train and I ended up losing my only friends due to my constant fear that they hated me. A month before I was done with my 8th grade year, my body became a canvas of self inflicted wounds and it was then that I experienced my first psychiatric hospitalization.

If I got anything out of that stay, it was the fact that I never wanted to go back. It was scary, isolating, and unfamiliar. And then, two days after discharge, I was sexually assaulted. And to me at that time, the assault was my body’s fault.

When school was over, I thought that I had the perfect solution to not only curing my depression, but also getting people to like me. I started a very intensive personal training regimen. I met with the trainer three times per week, and the other four days, I’d spend roughly 4-6 hours at the gym. I was losing weight. Everyone praised me. They asked for my secret and I told them that it was just a simple diet and exercise. But what I wish I could have told them, was that I was sick. That I was restricting my calories severely. I was over-exercising. And I was binging and purging.

A month into my freshman year, I had to stop training. I wasn’t underweight, but I had a spiraling illness that I couldn’t get under control. My body hadn’t felt like it was mine ever since the assault. I was not okay.

For nearly the rest of my high school career, I had nearly constant hospitalizations. Every time I thought I was doing better, I’d relapse. Whether it be with my eating disorder or self harm, I’d somehow manage to take several steps backwards.

Doctors started saying to me that I needed to spend my whole life in a state hospital because there was “no hope left.” They said they’d “tried everything.”

But about a year ago, my true body love began. I began realizing all of the amazing things that my body was doing for me, and there was no way I could continue beating it up like this. 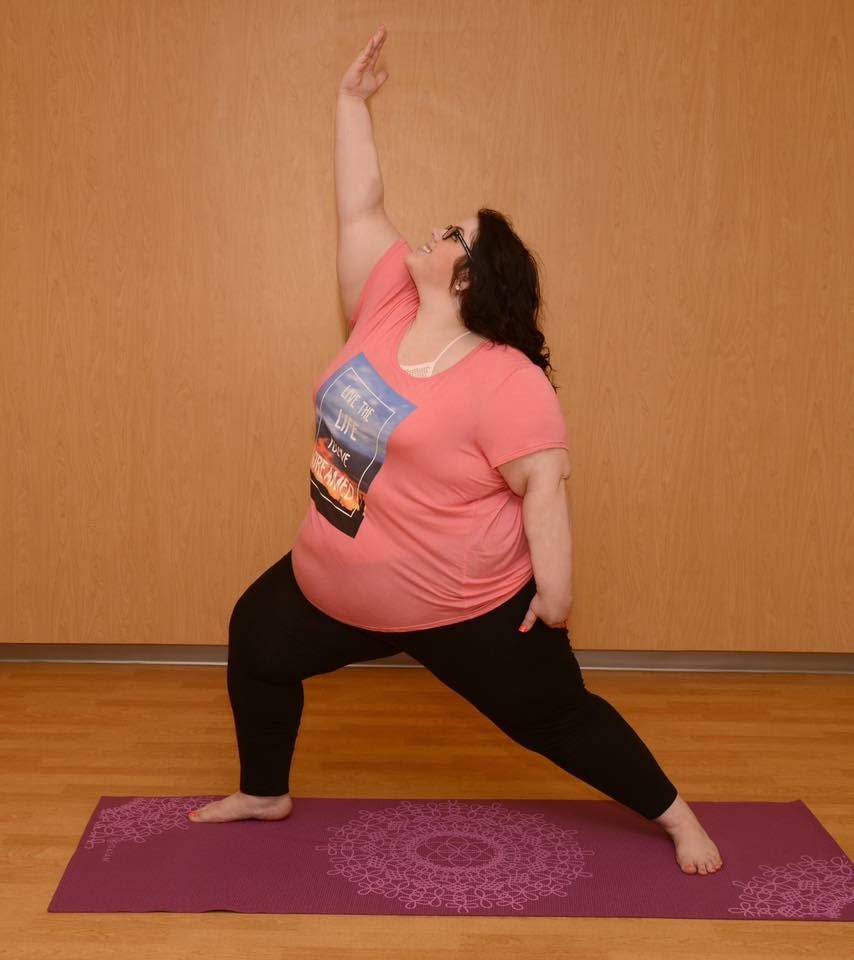 I still continue to struggle with back pain, and at almost 19 years of age, a doctor that I had never seen before FINALLY decided to take my back pain seriously. After preforming a back x-ray, that should have happened at my first appointment years ago, I was diagnosed with scoliosis.

Most people with scoliosis are diagnosed as a young child, but because of my weight, I wasn’t taken seriously. That experience was an eye opener to how much fat people are shamed and frequently don’t get the care that they need.

But through all of the wars that I’ve encountered with my body, I wouldn’t take a single one back. Each tear I’ve shed, each relationship I’ve broken, and every ounce of pain I’ve felt, have all shaped the woman I’ve become today. 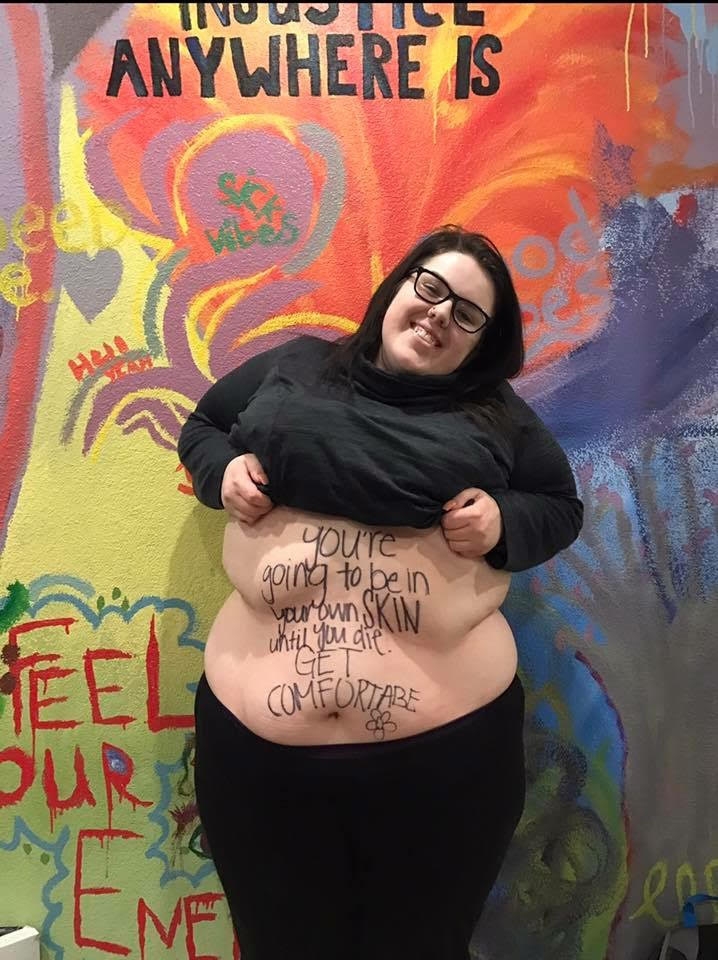 I am no longer a prisoner inside of my own body. I am now a body-loving badass woman. And I’m going to change the world. 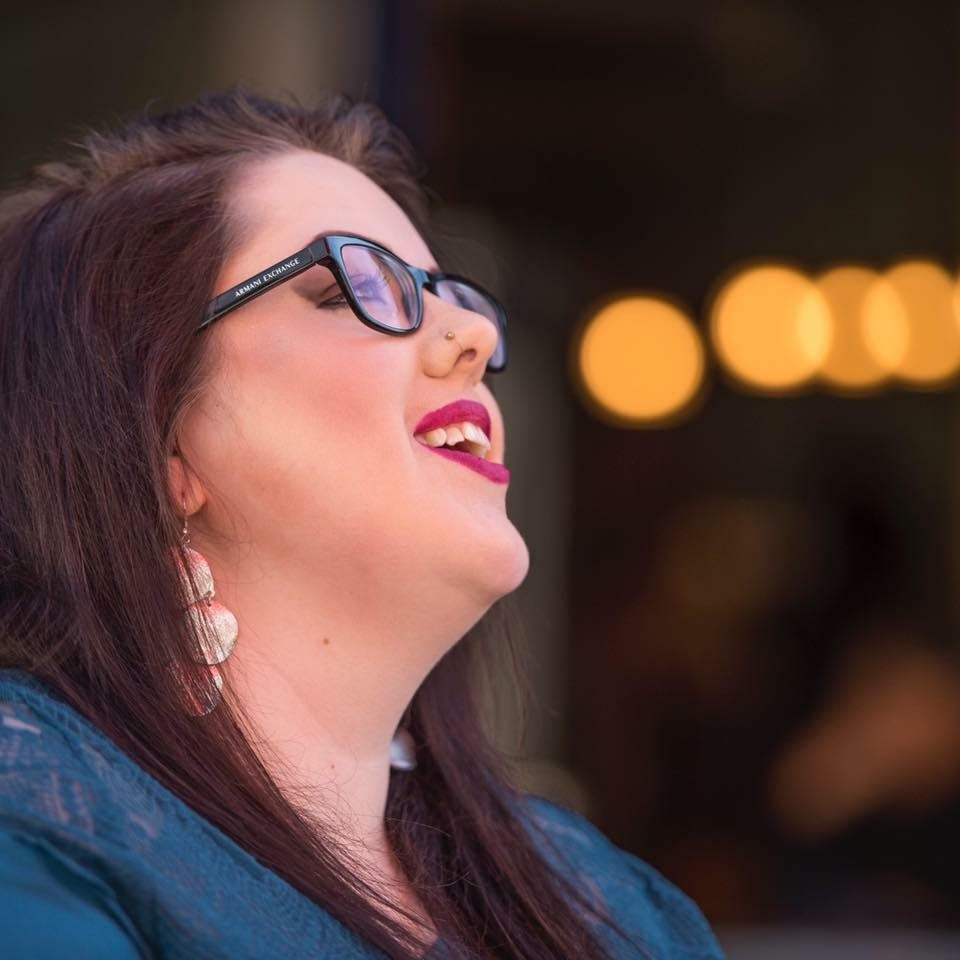 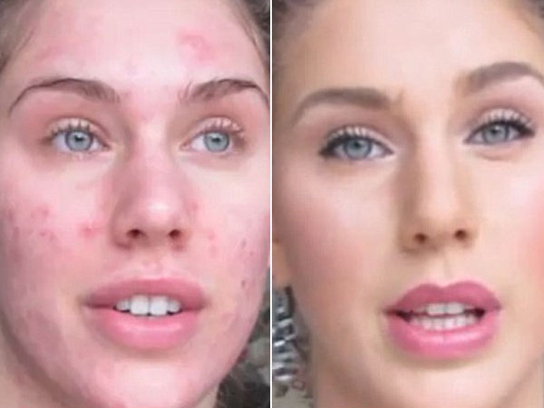 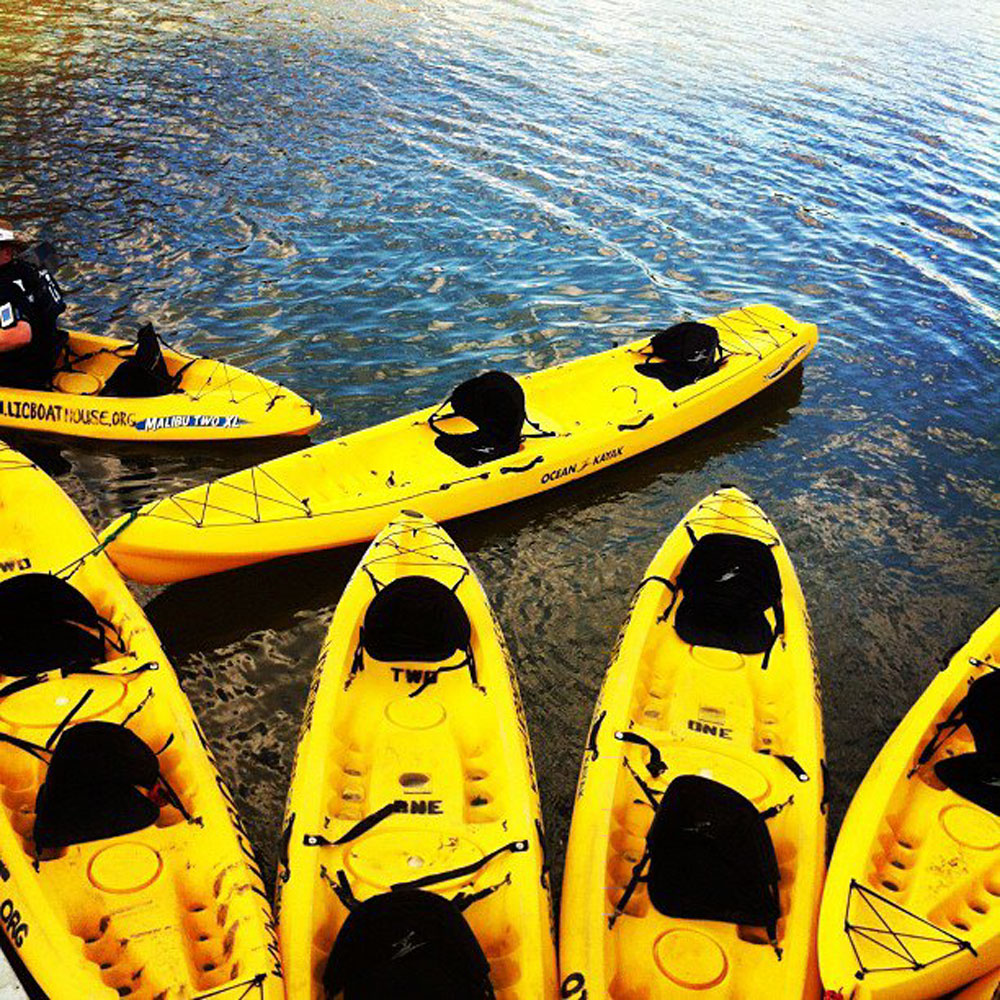 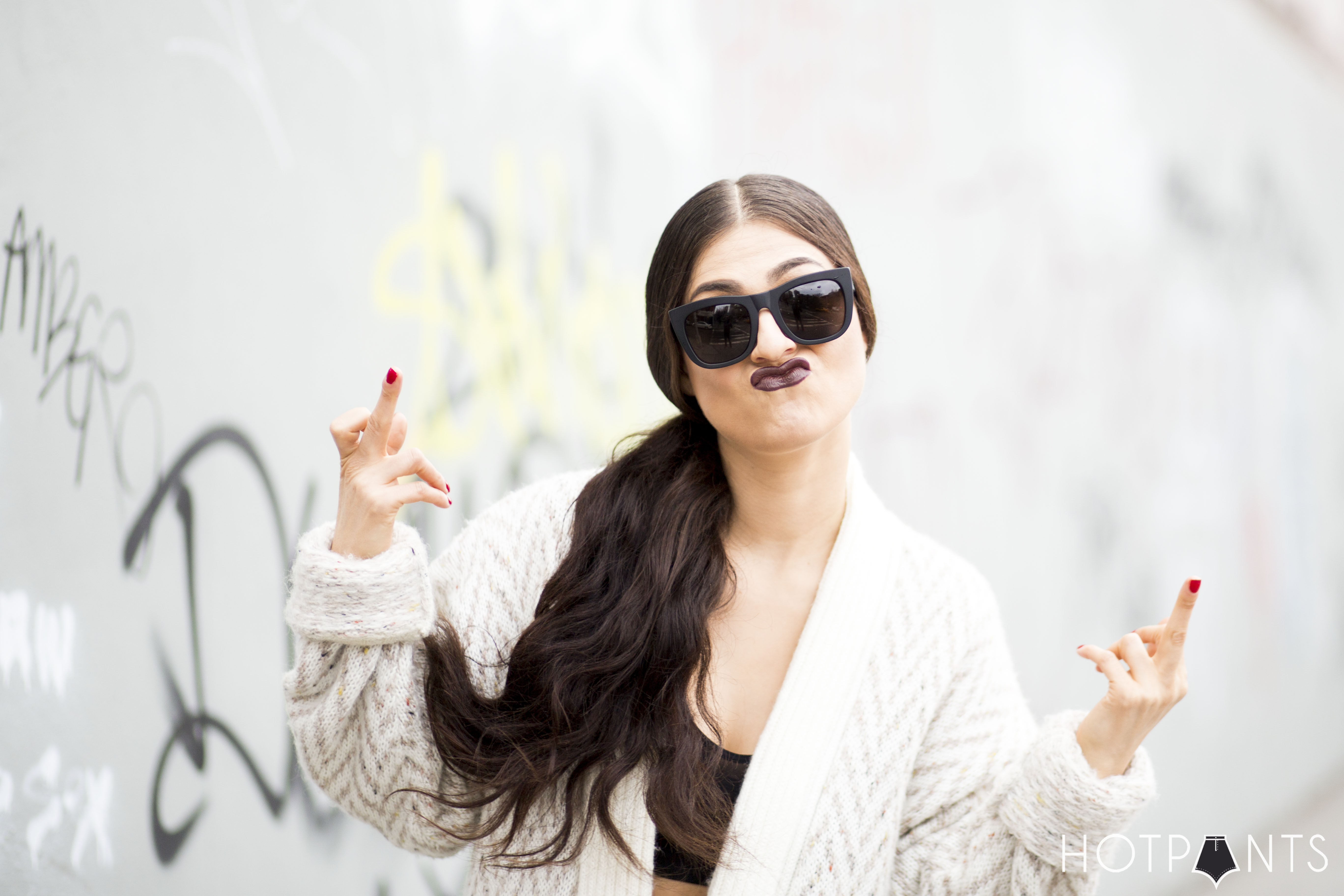